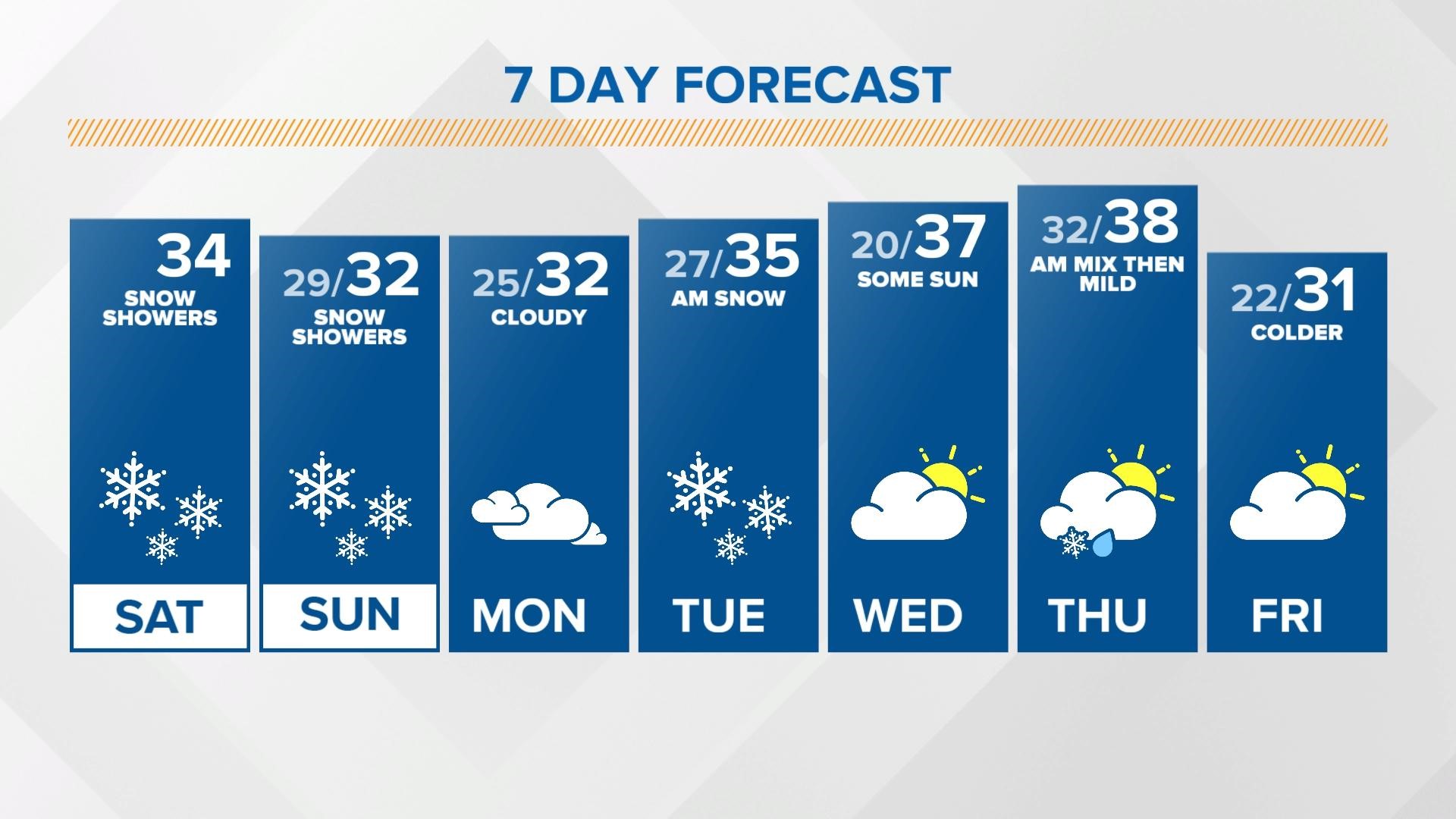 INDIANAPOLIS — Central Indiana will continue to be influenced by an upper level system keeping snow bursts in the forecast through the weekend.

We're getting a break this morning with another round of snow pushing in our direction from northern Illinois. Expect this next round to become widespread after lunchtime. Scattered snow showers will then be off and on through the rest of the day.

Temperatures hold steady in the low to mid 30s. This won't be a major snowfall accumulation event with most places seeing up to 1" and locally higher amounts within heavier snow bands.

The primary impacts will be temporary reduced visibility and slippery road conditions, especially on rural roads, untreated surfaces, and bridges and overpasses.

Another round of widespread snow will be likely through Sunday afternoon and eventually tapering off late in the evening. Temperatures hold steady again near freezing.

While the snow moves out for Monday, the cold and clouds continue. Highs top out near freezing again to start next week with a gradual warming trend to near 40 by Thursday.

Morning Indy. It snowed some more while you were sleeping. pic.twitter.com/vfjD1oHMmc