From summer heat to an autumn chill with several inches of rainfall possible. It's going to be quite a weather week in central Indiana. 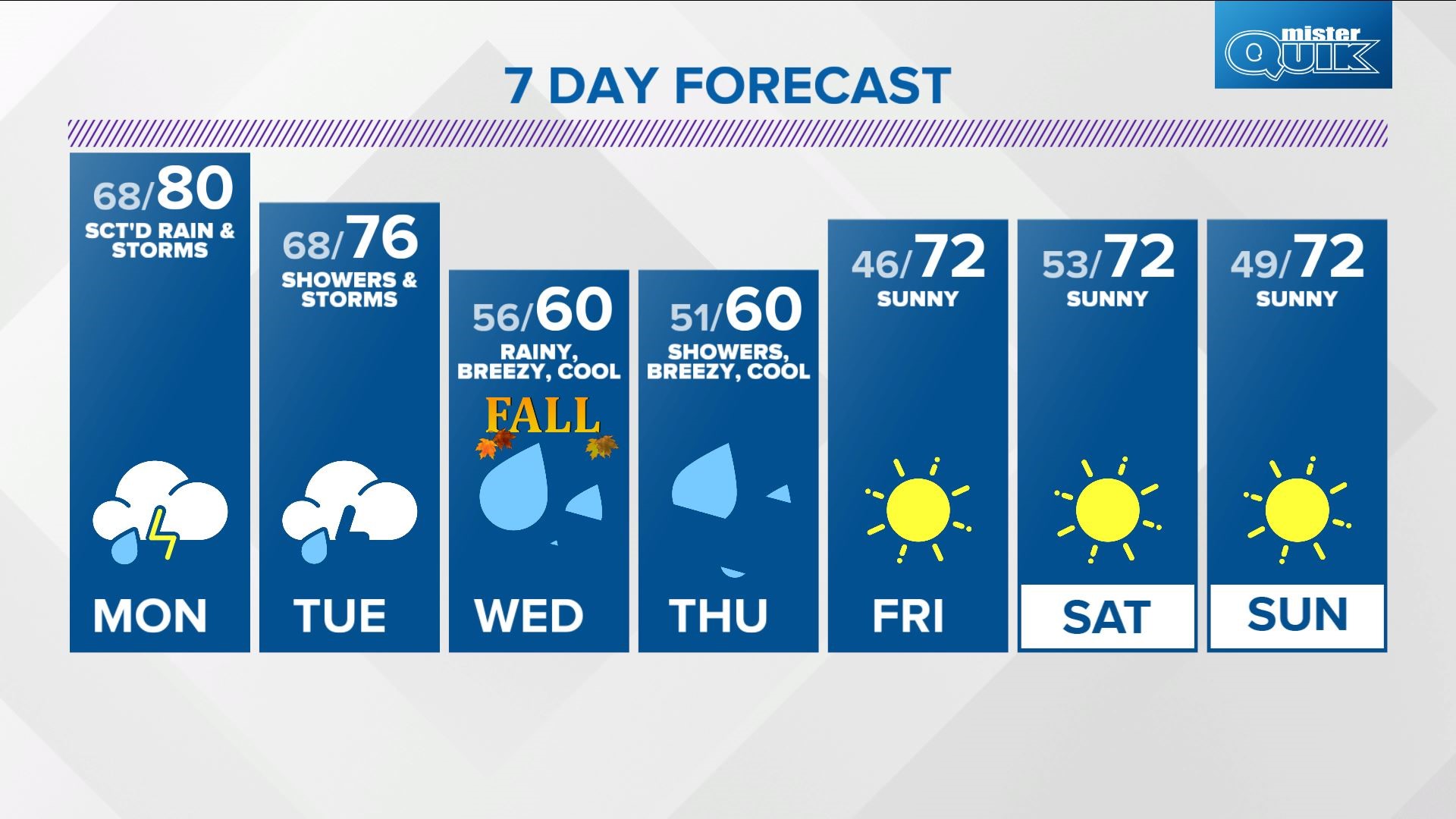 INDIANAPOLIS — Buckle-up for what looks like a wild temperature ride this week. Sunday afternoon highs peaked near 90° for the third straight day and six out of the past eight this month. But a jab of early autumn air arrives just in time for the astronomical beginning of fall on Wednesday.

Between now and then, showers and thunderstorms increase over central Indiana tonight and they'll be scattered around Monday and Tuesday. It's possible a few storms could become severe if sunshine develops Monday afternoon when highs will near 80°.

Our first autumn cold front arrives Tuesday evening and opens the gates to our coldest temperatures since May. The latest modeling is bullish on a wave of low pressure developing along the front Tuesday night and intensifying over the Ohio Valley as it slows and spins Wednesday into Thursday.

Impressive storm system emerges over the Ohio Valley Wednesday into Thursday...bringing unseasonably cold air and possibly washout rainfall both days when "highs" might be in the 50s. #13weather #autumnarrivinginstyle pic.twitter.com/CT8kvGiXHL

This scenario would put central Indiana in widespread rain and unseasonable temperatures that might not climb out of the 50s on both days.  As a result, we've adjusted the 7-day forecast to account for this system.

It should depart by next weekend to allow for pleasant autumn weather of crisp lows, mild highs, and ample sunshine. Rainfall the next four days will be between 2" to 4" and locally higher amounts are possible.