More than 100 million albums sold, 18 platinum albums, 23 gold albums and at one time their entire catalog was on the Billboard Top 200. 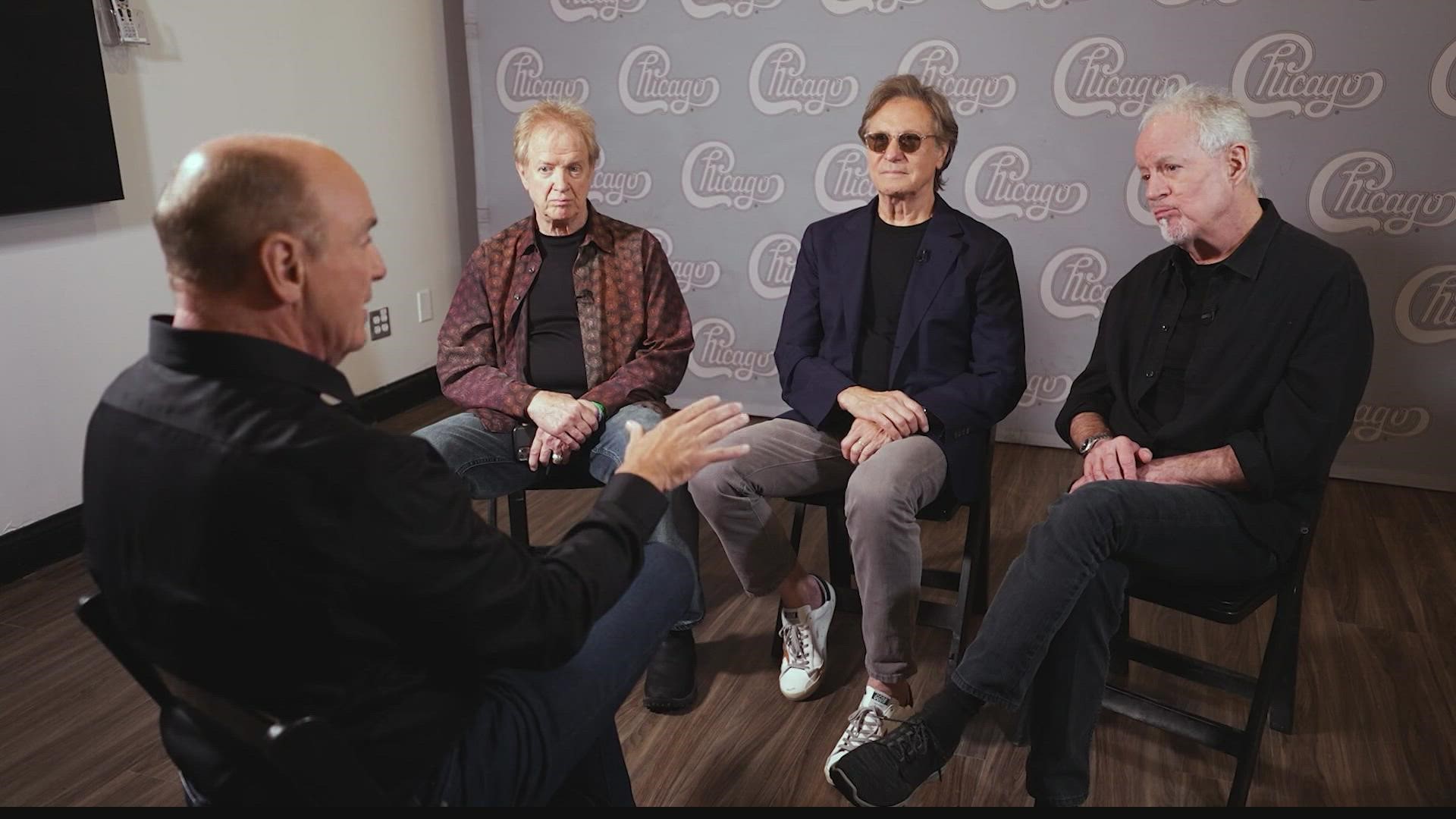 NOBLESVILLE, Ind. — For the latest Chuck's Big Adventure, we traveled to Chicago for a trip that took us to Wrigley Field, showed us super heroes, had us tasting the best  pizza and listening to an iconic band.

Since 1967, music fans have played their albums, 8-tracks, cassettes, cd's and digital downloads. For millions, they are the soundtrack of major events.

This band’s accomplishments are staggering.

More than 100 million albums sold, 18 platinum albums, 23 gold albums and at one time their entire catalog was on the Billboard Top 200. They have been inducted into the Rock and Roll Hall Of Fame, the Songwriters Hall Of Fame and so much more. Perhaps more remarkable, this band has defied all odds and is still filling arenas and stadiums after 54 years.

When we were planning this Chuck's Big Adventure to Chicago, I knew I wanted this legendary band to be part of our series and to our absolute joy, they wanted to be a part of it too. After all, what would a Big Adventure on Chicago be without this great band?

I recently sat down with founding band members Jimmy Pankow, Robert Lamm and Lee Loughnane before their show at Ruoff Music Center in Noblesville.

Like most fans, I wanted to know how in the world they have stayed together so long...longer in fact, than most marriages.

"Music is an emotional exercise, and it’s also and an intellectual exercise and the guys in the band are true musicians, and there is something about music that keeps you interested in it because you keep discovering what you didn't know," Lamm said. 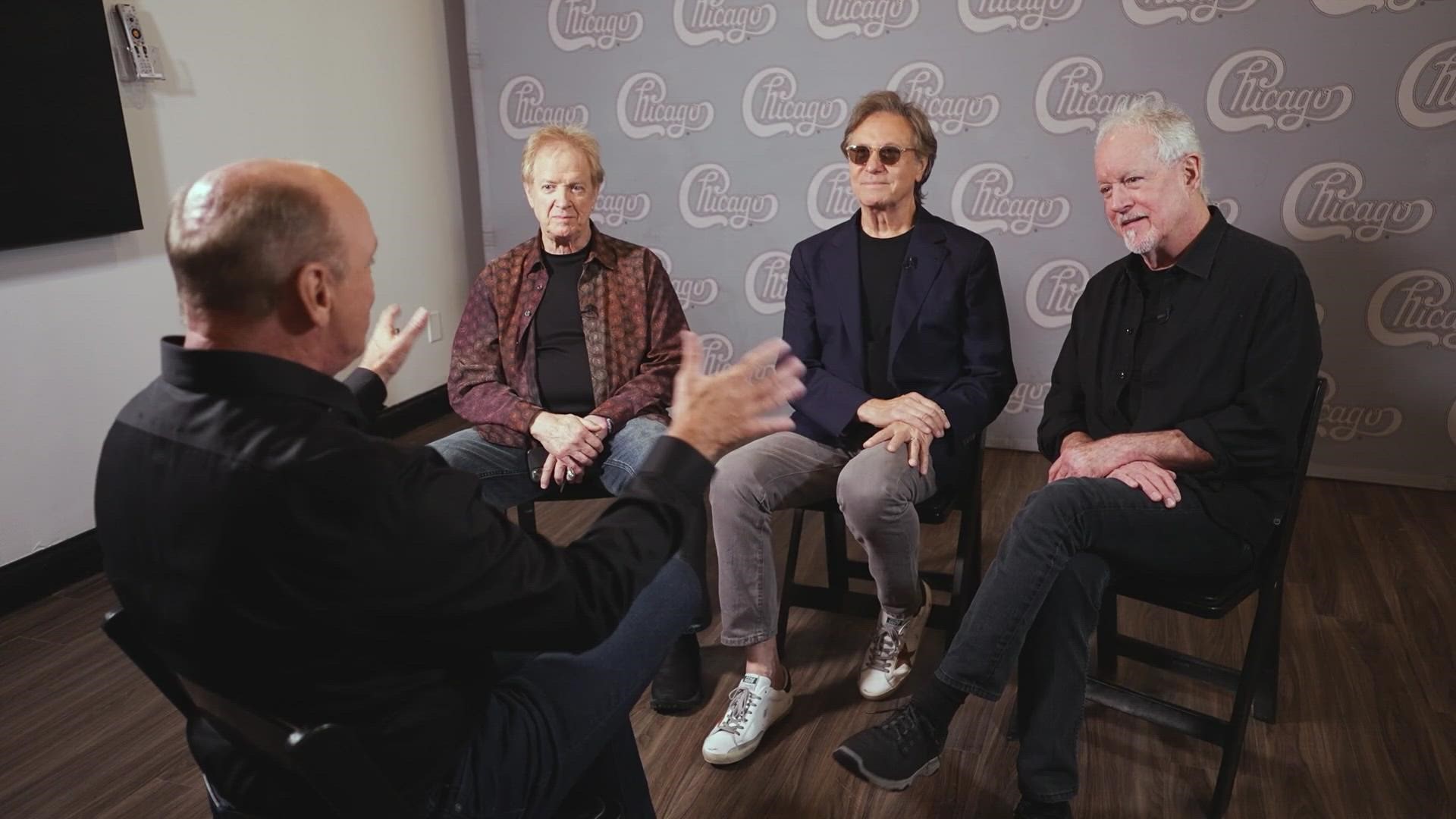 "The first day we got together and played, we liked what it sounded like and then it really hasn't changed in 50 plus years," Loughnane added.

Chicago's current tour is a greatest hits package. From hits like the hard driving Dialogue, 25 or 6 to 4 and Beginnings to the romantic ballads like If You Leave Me Now, You're The Inspiration and Color My World, the band's set literally reflects the many eras of Chicago's history.

It's that legacy of memories that helps the band relate to its fans and Loughnane is now beginning to feel that fact.

"We have been around long enough now for it to actually start to sink in that we have affected people’s lives for a long, long time. I didn't think we did. I mean we just kept working," Loughnane said.

"I'm busy working up there, but Lee said lately, I am noticing that we must mean something to these people. It's really, really thrilling and touching," Lamm added.

Recently, founding member Walt Parazaider retired from the band and announced he has been diagnosed with Alzheimer's disease. That prompts the inevitable question: How much longer can they keep going?

Jimmy Pankow has an answer.

"We're going to do it until we can't do it anymore. Well for me, until it’s not believable anymore. I mean I don't want to get to the point where I 'm struggling to climb on the stage. We have been very blessed, we're healthy, we are far from over," Pankow said.

"It sounds good to us. People are enjoying it. There is no reason to stop," Loughnane said.

So many songs, so much talent, so many memories. Chicago is an American treasure and have just signed with record company BMG to produce two more albums. Lamm, Loughnane and Pankow are all in their mid-70s, but the best may be yet to come.

What would a Chuck's Big Adventure to Chicago be without Chicago? The answer: Not nearly as memorable! 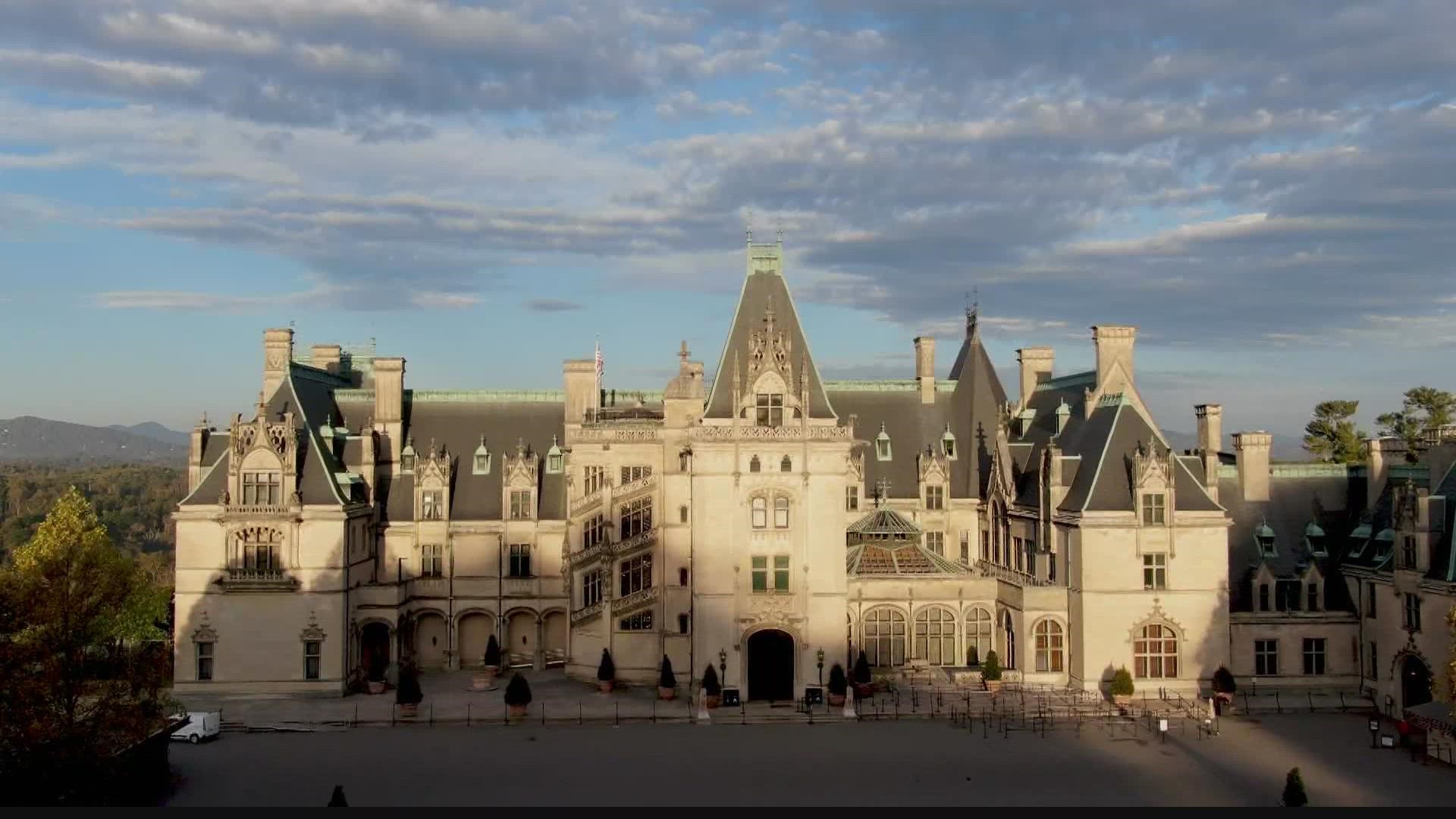