Step into the ring with 'The Sumo Experience' in Tokyo

Visitors can get a taste of the sumo life at The Sumo Experience in the Ryōgoku district of Sumida, Tokyo. 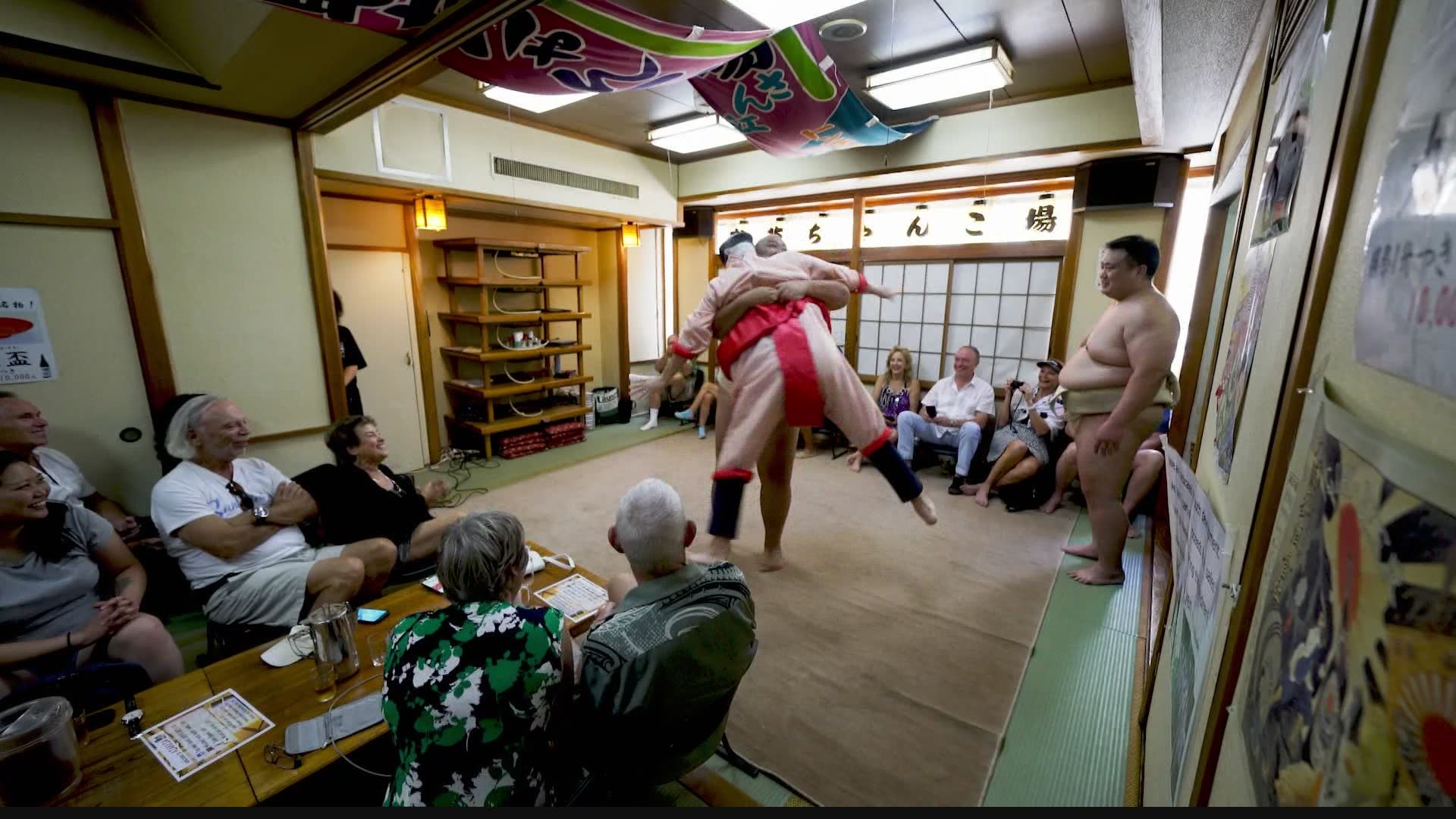 They are giants of Japan. Climbing into the ring alone. Preparing for a battle that will only last seconds. Colliding into each other with stunning force.

Sumo is this country's national sport.

Welcome to Ryōgoku. This district in Tokyo is known as the center of the sumo world. This is where the tournaments take place. It is a sport that traces its roots to ancient Japan.

"Sumo started 2,000 years ago. It used to be a royal event in the Emperor's Palace. Before it becomes a sport it was a ceremony for the Emperor," said Yoshinori Tashiro.

Forty-three-year-old Yoshinori Tashiro has been around sumo since he was eight years old.

"It's not something anybody can do. It's difficult to become a wrestler. There's hard training," said Tashiro.

So, it is ironic that even though he didn't earn a salary in the ring he is making money in retirement. Tashiro is an actor appearing in movies and commercials pitching underwear.

Today he is a business owner of a Japanese restaurant. Tashiro and another retired wrestler entertain tourists at the Sumo Experience.

It gives visitors an up-close look at the wrestlers' flexibility. They put on a sumo show and the wrestlers serve Chanko nabe, the same "hot pot" food the sumo wrestlers eat.

Credit: WTHR
Chanko is a soup of meat and vegetables eaten by Sumo wrestlers.

"Chanko is a really balanced food with lots of vegetables and meat. After training, we eat this. I would normally eat 5-6 bowls of Chanko," said retired sumo wrestler Tomokazu Goto.

Sumo wrestlers do have big appetites.

"I can eat 300 pieces sushi at one meal," said Tashiro. "Two pieces together in one bite."

"I can eat 3 kilograms (six pounds) of steak for a meal," said Goto.

The Sumo Experience gave 13News anchor Scott Swan a chance to put on a sumo suit. Tashiro had him spinning, but, he eventually let Scott win.

"You could be a sumo wrestler," said Goto. "You're tall enough. But maybe not young enough."

The 43-year-old Goto started sumo at the age of 14. He spent a dozen years as a professional sumo wrestler and was ranked 71st, just missing out on a salary given to the top 70 wrestlers.

"I wanted to be a true Sakatori (true sumo wrestler)," said Goto. "I wanted to make good money. So, I practiced and trained. There was nothing that I enjoyed. It was tough training every day. Those were tough days."

I learned it takes more than bulk to succeed in sumo.

"Having a big body doesn't do good," said Tashiro. "Technique alone can't do it. You have to have be perfect with heart, technique and body to be a good sumo wrestler."

"Sumo is a sport that's loved nationwide. Everyone was proud. My family was very proud of me," said Tashiro.

It's a sport that continues to fascinate the world, with stars literally bigger than life.

"I loved to be a wrestler," said Tashiro.

They continue a tradition that has been part of this country for generations. The giants of Japan.

Experience life as a sumo wrestler 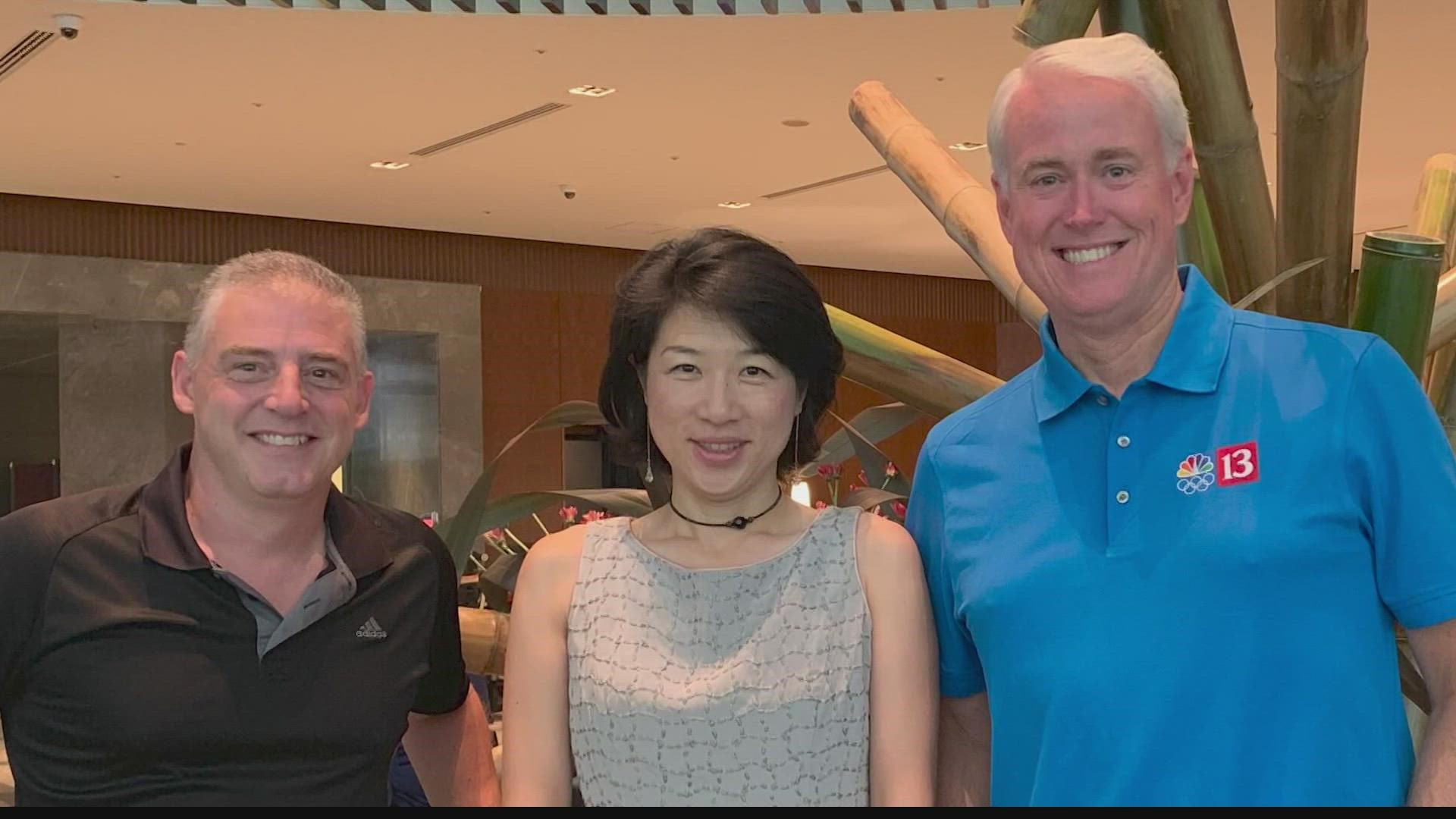