Samurai swords still have an important legacy in Japan

Gassan Sadatoshi's family still carries the passion to create the perfect blade, as it has been for hundreds of years in Nara, Japan. 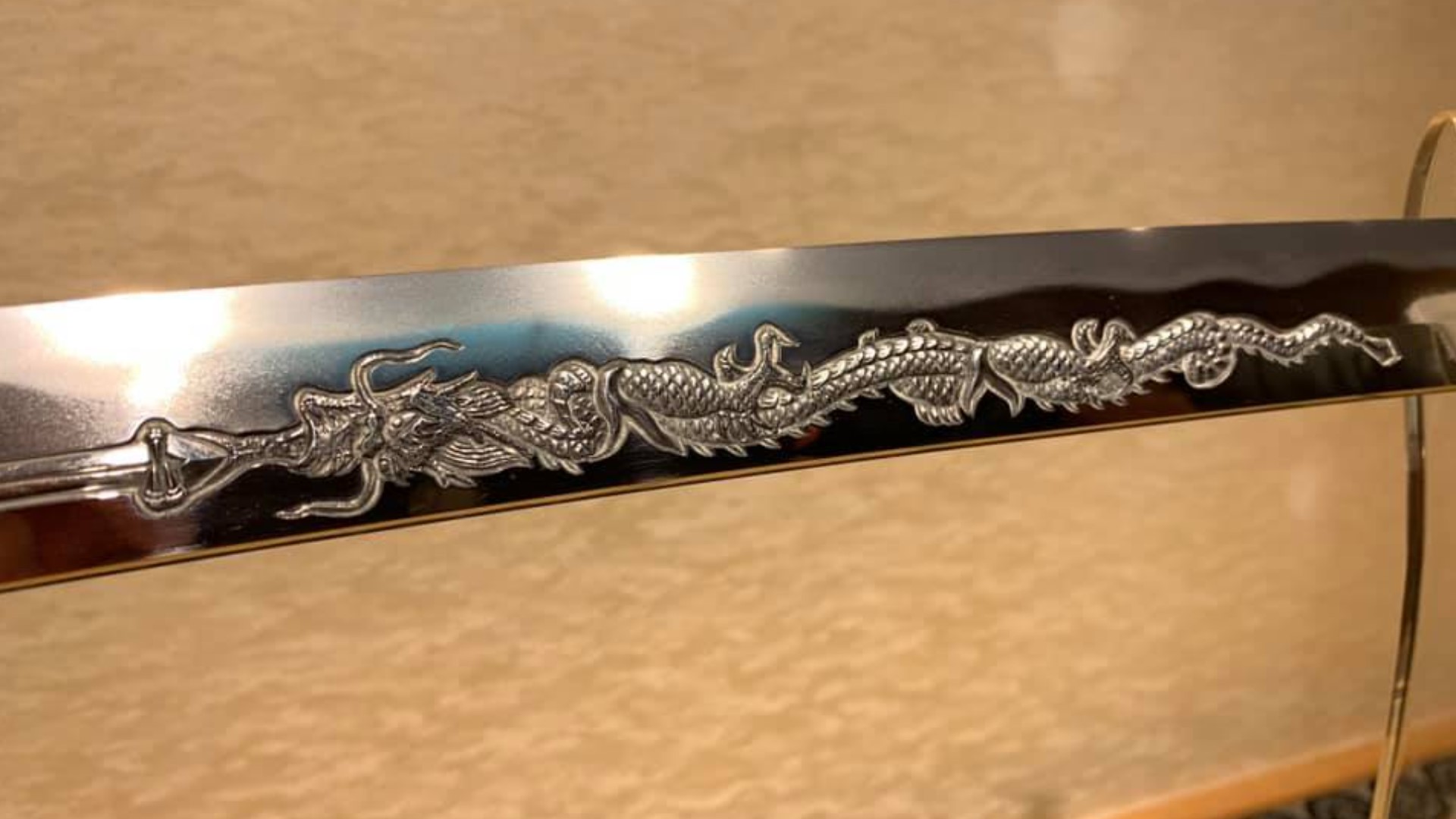 NARA, Japan — They were once weapons of war. The most famous blades from Japan's rich history. Legendary swords that date back a thousand years or more. Travel across the country and you will see them showcased in museums and featured in tourist shows.

But, Samurai swords are not just part of the past. Travel 300 miles from the Olympic host city to Nara prefecture and you will hear it.

Swordsmiths are still at work.

Gassan Sadatoshi's family has been making swords for 800 years.

"They're very famous. One of the most prominent sword-making families in Japan today," said Paul Martin who is known as "The Japanese Sword."

"Among those swordsmiths, there's about 16 rated as master swordsmiths. They're appointed by the sword governing bodies. Gassan is one of those. In fact, he's one of the most eligible to become the next living treasure," said Martin.

I spent the day with the master swordsmith, seeing the materials he uses and watching his son and apprentices fold the steel.

They hammer it by hand instead of using machines.

"That's why our family is special. There are only about three families that still do this in Japan. We are carrying on the Gassan tradition," said Gassan Sadatoshi.

"That folding process helps purify the steel. It's removing the impurities and making good steel. We want it to have pure pattern on the steel when it's finished. So, we repeat this folding process," said Gassan Sadanobu.

"It's not homonized steel. It's an archaic Japanese steel and that's what gives it its beauty," said Martin.

Blades from the family's rich tradition are encased. They are beautiful, sharp and more than just weapons.

"I've thought about this since I was very young. The Japanese sword is a symbol of spirituality and an art object," said Gassan Sadatoshi.

"I think they're one of the greatest objects of civilization around the world," said Martin.

He says a masterpiece has many qualities.

"First, I look at the shape, the blade," said Martin. He points out forging patterns in the steel and the crystalline structure of the pattern of the harden edge.

"In the handle, it's inscribed with the maker's name. This one is made by Gassan. It says that he also performed the carving," said Martin.

Gassan Sadatoshi's son is the next generation in this swordsmith lineage.

He remembers hearing how the industry declined after World War II.

"Swordmaking was banned for about seven years. After the war, we could only make kitchen knives," said Gassan Sadanobu. "In the 1800's, my great, great, great grandfather brought the school back to life and the techniques again."

The work is hard, hot and deeply personal.

"I work with my father. But, it's also like a teacher and student relationship. There are other apprentices as well. My father learned from my grandfather. So, we are carrying on with the tradition," said Gassan Sadanobu.

The most important moment in the creation of a Japanese sword takes place in the dark. The master will quench the blade in a tank of water. If done improperly the blade can be ruined.

"A great sword comes from the skills of the swordsmith. The techniques I inherited from my teacher helps make a great sword. All of that mixed in together makes a great sword," said Gassan Sadatoshi.

"A good sword should not bend, not break and cut well," said Martin. "Obviously, fundamentally they're weapons and some have been used to kill people. But essentially, Japanese swords are very fine art."

Martin says you can purchase a low-level sword for approximately $3,000. But he says there is one national treasure sword worth approximately $5 million.

"It sounds expensive. But, when you compare it to a Rembrandt for $40 million or a Leonardo da Vinci for $400 million, it's peanuts."

They are works of art, admired by tourists and wielded in Samurai sword performances. But, for this family the passion to create the perfect blade is still underway as it has been for hundreds of years in this remote area of Japan.

Gassan Sadanobu has big dreams for his 3 year-old son.

"I hope my son will take an interest and continue the tradition," said Gassan Sadanobu.

For now, the master goes back to work in his workshop having created more than 500 swords during is lifetime.

"I have to make good swords so that people 200 years from now will look at the swords I left behind and still think they are good," said Gassan Sadatoshi.