Gyosen Asakura has a new take on Japanese religious traditions. 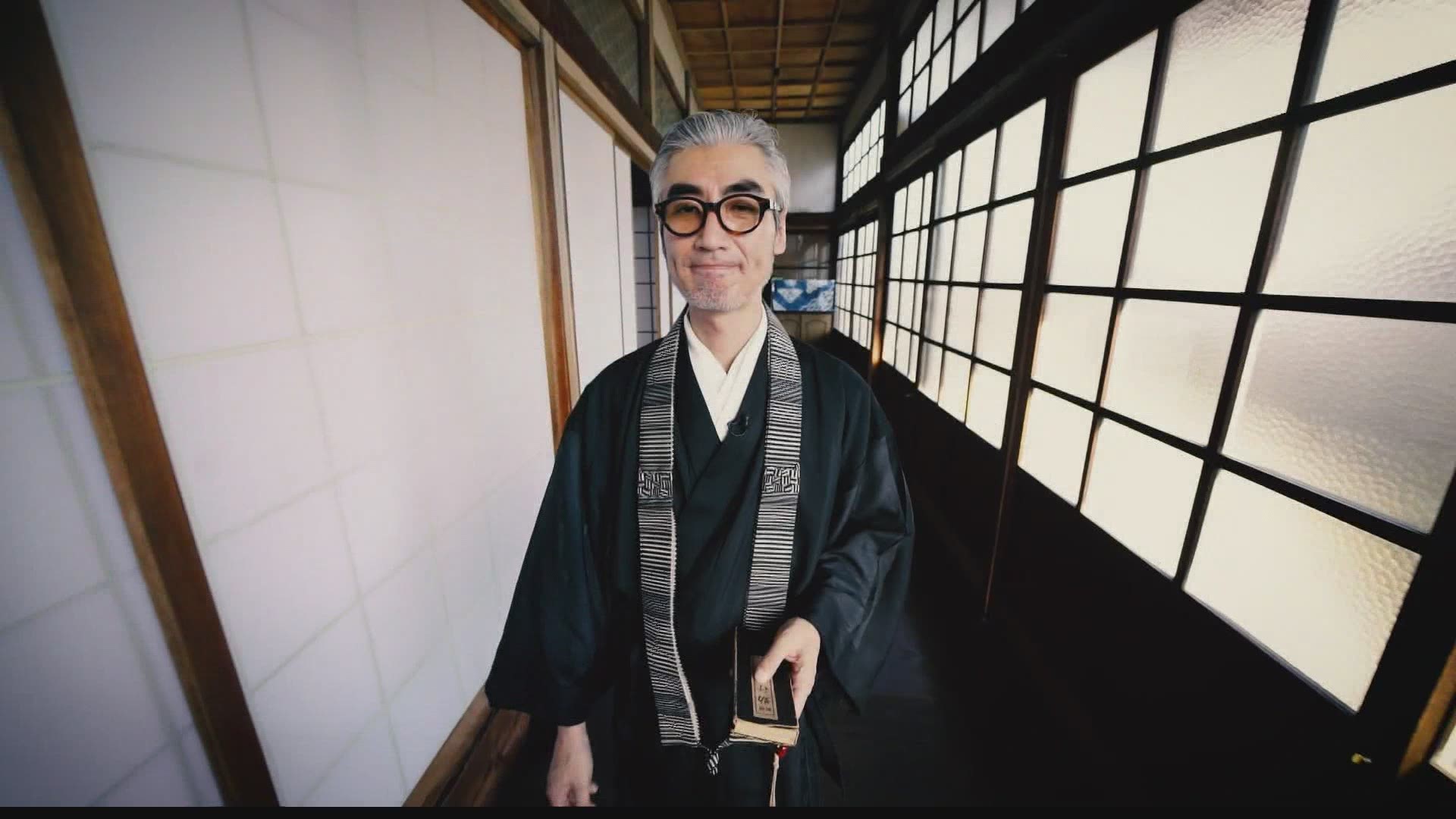 FUKUI, Japan — Shrines and temples reflect Japan's two major religions Shinto and Buddhism. Many Japanese practice both. The customs and rituals have been in Japan for hundreds of years. But, in this corner of the Olympic host country a change is underway.

A monk is on a mission.

"I am a chief priest at a temple that is more than 500 years old," said Gyosen Asakura. "I was born in the temple as a descendant to take over the temple."

But Asakura was reluctant. He didn't want to follow in his family's footsteps and become a priest. Something else was tugging at his heart.

"Since I was in junior high, I loved listening to music. I spent my time in a music bar. Someone asked me if I liked the music so much, why don't you try DJ'ing," said Asakura.

"I don't care about the genre of the music. I just want to encounter nice, beautiful music. Music gives me a nice encounter. That's what I love about music," said Asakura.

But when he saw fewer people visiting his temple, Asakura came up with an idea. Perhaps he could combine his music passion with the priesthood. He created a music and light show for his Buddhism service.

The show makes sense to Asakura.

"The main teaching of Buddhism is nothing will remain. Everything will change. So, I thought the traditional way of teaching must change as well," said Asakura. "Traditionally, the temple would try to recreate the world of light with gold decorations. So, the traditional music can change. Suiting the music to the modern generation."

"Usually when I give the service, only older people participate. But after giving this techno service, young people join," said Asakura.

In a country known for religious traditions there is a new beat.

Thanks to a DJ monk.