Equestrian Team Jumping makes one of the most unique Olympic sports

The United States has medaled in Team Jumping in six of the last nine Olympic Games. 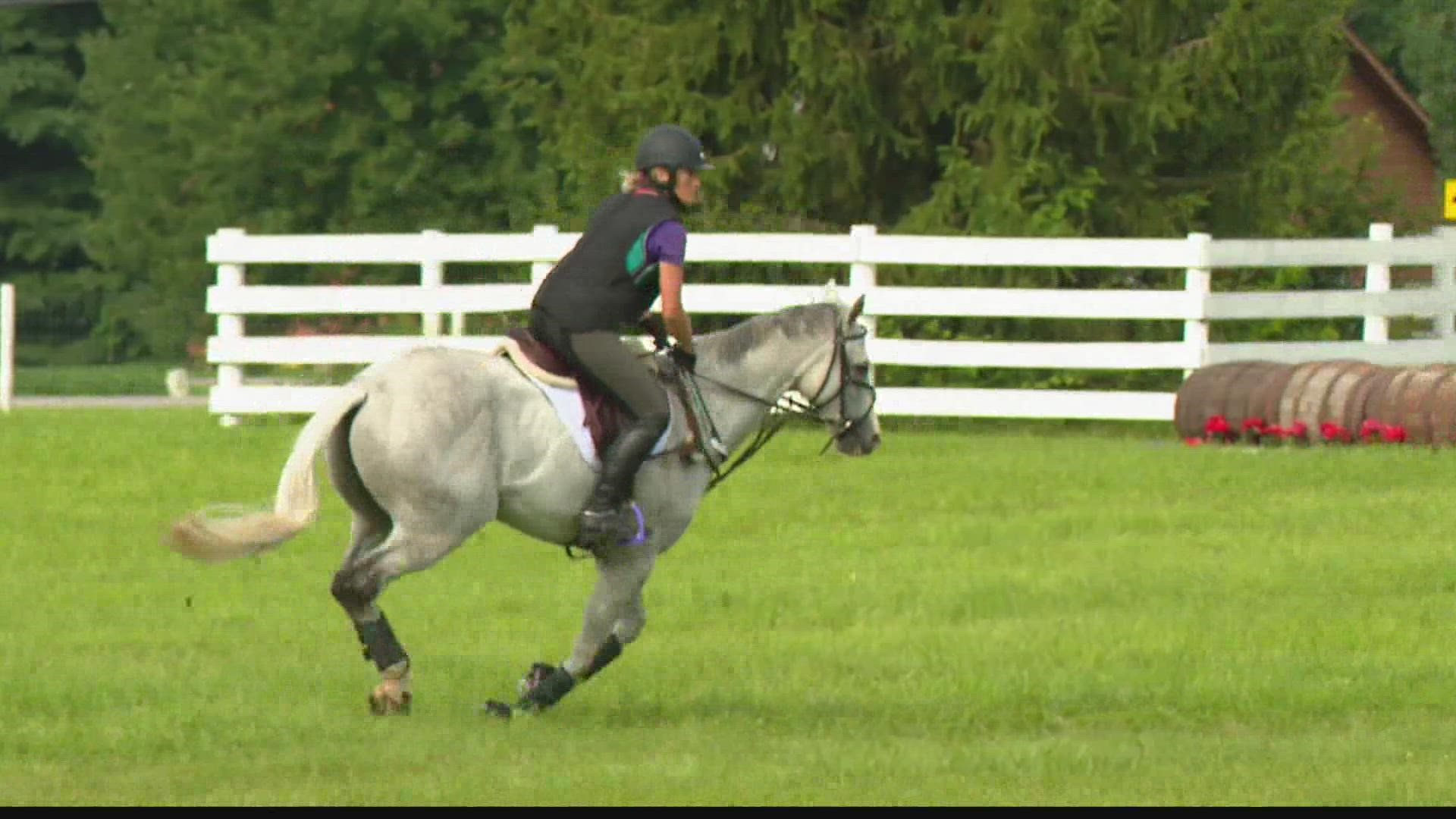 INDIANAPOLIS — A lot of Olympic fans will be tuning in to see the Equestrian Team Jumping Competition Saturday morning because Bruce Springsteen’s daughter, Jessica, will be competing.

The United States has medaled in Team Jumping in six of the last nine Olympic Games.

But have you ever wondered what goes into an Olympic sport where your partner is a 1,200 pound animal? I have, so I went to one of the most knowledgeable equestrian officials in Indiana to get some answers.

“It’s the only sport where the equipment has an opinion,” said Liz Messaglia,  the President of the Indiana Eventing Association. “We treat the horses like the athletes that they are. They have chiropractors. They are treated with the utmost care with massages. We pamper them like an athlete.”

The relationship between horse and rider is extremely important for Olympic success.

So how do the Olympic horses get to Japan? They’re loaded onto cargo planes that have air-conditioned horse stalls for the 18-hour flight over to Tokyo.

The Canadian Equestrian Team named their plane “Air Horse One."

The horses are quarantined to make sure they don’t bring any diseases into the country. The horses even have their own passports.

And just like other Olympic athletes, “shoes” are very important.

“The farriers are the ones who put the shoes on the horses, and they are extremely important,” Messaglia said. “There's a saying of ‘No hoof, no horse.’ It is very true. It's like if a human athlete's feet hurt, they're not going to be able to perform at their best, and the same thing is true with the Olympic course athletes."

Here’s the big question: If Team USA wins the equestrian event Saturday morning, do the American horses get medals?

Unfortunately, no, the horses do not. Only the riders get medals.