Despite being limited to individual drills by a strained left calf as training camp opened, even Andrew Luck took a few moments to reflect on how much has changed since he first appeared at Grand Park Sports Campus last July. 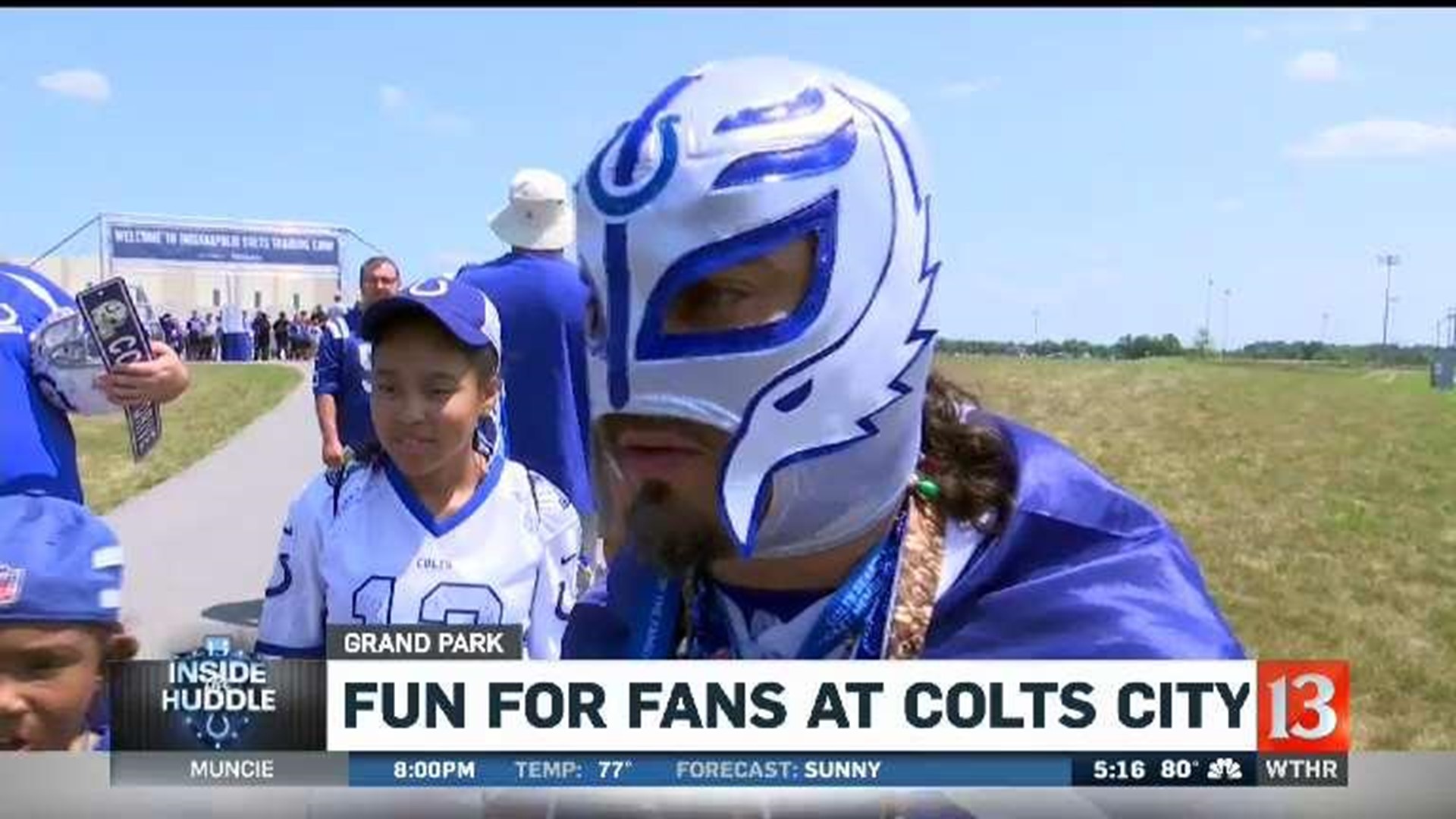 WESTFIELD, Ind. (AP) — Andrew Luck felt like a different guy as he strolled down the tree-lined path to the Colts practice field Thursday.

The recently married quarterback and now expectant father made the short trek, confident in his surgically repaired right shoulder and football future.

And despite being limited to individual drills by a strained left calf as training camp opened, even the Indianapolis Colts quarterback took a few moments to reflect on how much has changed since he first appeared at Grand Park Sports Campus last July.

"I remember walking through that sort of tunnel in the trees. Today I was sitting there thinking about it and how scared I was to go practice and how nervous I was," Luck said.

"I had no idea what the heck was going to happen on this practice field. I remember it being a very powerful feeling and then feeling so happy and almost relieved like I'd survived. Survived practice. My arm is still attached to my shoulder. That's certainly a much different feeling this year."

Those initial fears gradually dissipated with a steady progression of successful steps — proving to himself the throwing arm could withstand the NFL rigors, leading the Colts back from a 1-5 start to end a three-year playoff drought and eventually winning the league's Comeback Player of the Year award.

Now Luck begins this season with another light workload.

In 2016, team officials rested Luck as part of an effort to protect the sore shoulder he initially injured in September 2015. After opting for surgery on the still-ailing shoulder in January 2017, Luck missed all of training camp — and the entire season. Last year, Luck slowly returned with coach Frank Reich and general manager Chris Ballard closely monitoring Luck's passing totals at camp to assure he'd be healthy for the season opener.

This time, it's different.

Instead of talking about his arm, Luck has spent much of the offseason answering questions about the leg injury that kept him out of all of the team's offseason workouts this spring, prevented him from working out with his teammates on the West Coast between June and July and now has limited his work early in camp.

Luck threw Thursday in individual drills and is expected to return to seven-on-seven work Friday. Reich said Luck's injury would be evaluated each day and hopes his starting quarterback is back in full action by early next week.

But with their preseason opener two weeks away and their regular-season opener more than six weeks away, nobody at Colts camp is panicked. Instead, they're playing it safe.

"When you don't go the whole spring, I just think it's the smart thing to do," Reich said. "We've got plenty of time. He's working hard, he's dialed in and he'll get plenty of reps out here."

Besides, the Colts have a pretty good idea of how Luck will play once he is healthy.

In his first season under Reich, Luck set career highs in attempts (630), completions (430), completion rate (67.3 percent) and quarterback rating (98.7) while being sacked a career-low 18 times. He flirted with career highs in yards passing (4,593) and touchdown passes (39) and finished with the second-lowest interception rate (2.34 percent) of his career.

He played in all 16 games for the first time since 2014 when he led the Colts to the AFC championship game, engineered a six-win improvement over 2017 and made his fourth Pro Bowl appearance.

The Colts encouraged Luck to take some well-deserved time off following their divisional-round loss to Kansas City, but sometime before the start of OTAs, Luck injured his lower left leg.

So he spent the spring studying playbooks, watching game tape and demonstrating his mastery of Reich's offense by explaining what he liked and didn't like last season, discussing adjustments and what could be changed in 2019.

"He had input last year, but it's not even close to the same level. We were installing it and it was more listening with a few comments here and there," Reich said.

"I think it has taken the meetings to a higher level and even when it's the quarterback meetings with (offensive coordinator) Nick (Sirianni), (quarterbacks coach) Marcus (Brady) and myself, but even in the offensive meetings. The voice he has in there making sure he is talking to receivers, tight ends, backs. He has had a real strong presence this offseason."

And it should give the Colts a leg up on their competition when Luck returns.

"You can go to bed saying, 'I wish I didn't pull my calf. I wish I didn't feel like this," Luck said. "I know anybody coming back from any type of injury, it's the same thing. You've got to keep working and getting better and trust that."