The NCAA has been in talks with the Indiana Sports Corp for several months about having Indianapolis host all 67 games at various venues across the city. 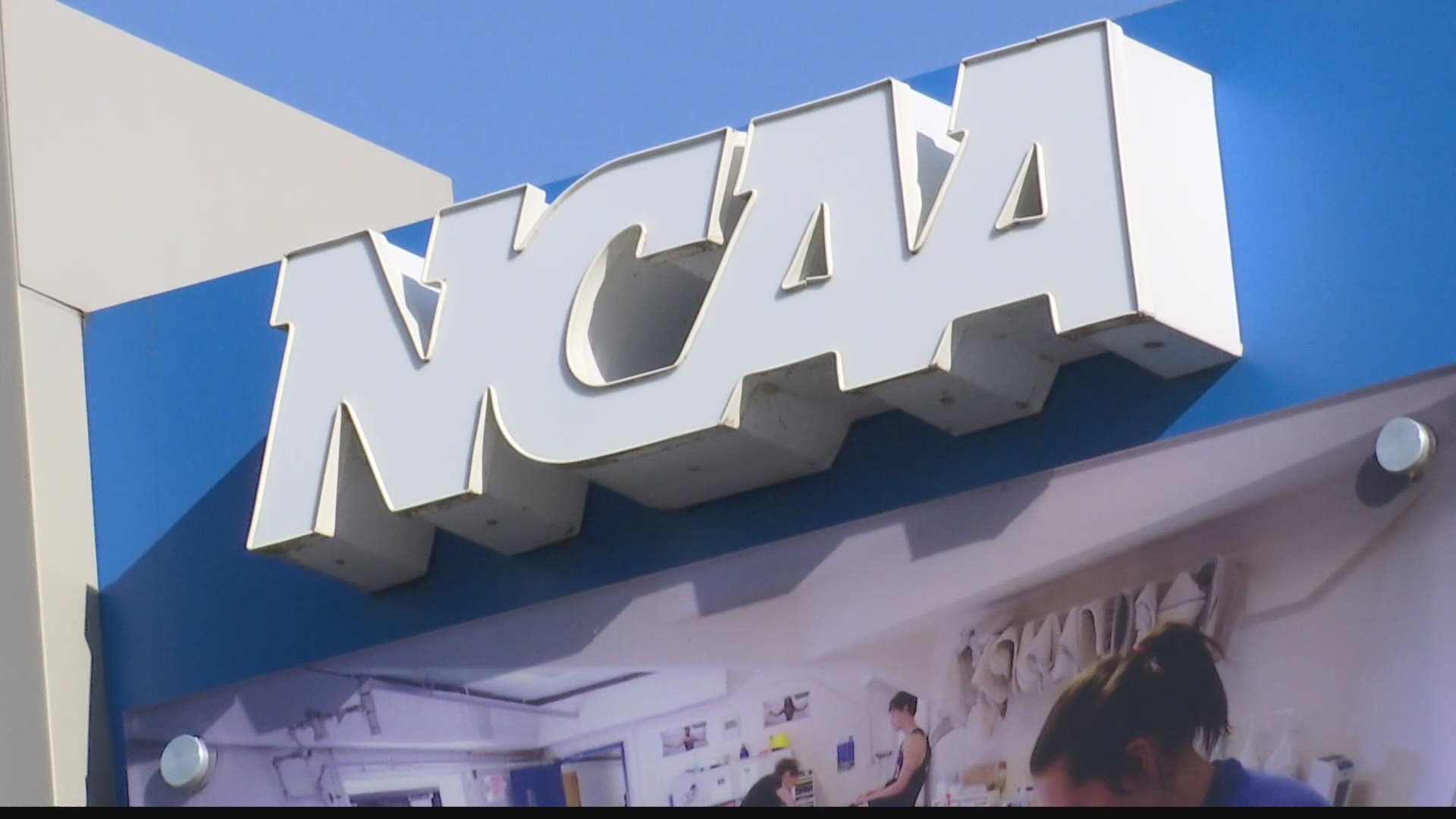 INDIANAPOLIS — Representatives from the Indiana Sports Corp, NCAA and Visit Indy are working to finalize plans to host the 2021 Final Four and entire March Madness tournament in Indianapolis.

The NCAA announced the move Monday, saying it would be difficult to safely hold the tournament at 13 sites across the country in the midst of a pandemic.

Instead, the NCAA has been in talks with the Indiana Sports Corp for several months about having Indianapolis host all 67 games at various venues across the city.

Allen Long, the general manager of Harry and Izzy's, a downtown restaurant, called the news "very exciting," for downtown hotels and restaurants hit hard by the pandemic.

RELATED: NCAA in talks with Indianapolis to host 2021 March Madness

Preliminary plans call for creating a "basketball bubble" or controlled environment, much like the NBA used, with strict rules and regular testing for COVID-19.

And even with limited or no fans attending the games, Long expected restaurants would still see a bump in business with all the people coming to help put on and run the three-week long tournament.

Lucas Oil Stadium, Hinkle Fieldhouse and the Indiana Convention Center are among the potential venues.

NCAA officials said with the college basketball season tipping off next week, they wanted to make sure every team knew there would be March Madness in 2021.

They also wanted to let the other tournament sites know they would not be hosting any games.

The NCAA is expected to release more details over the next three weeks.