There are 28 states in the country that recognize high school girls wrestling as an officially sanctioned sport, but Indiana is not one of them. 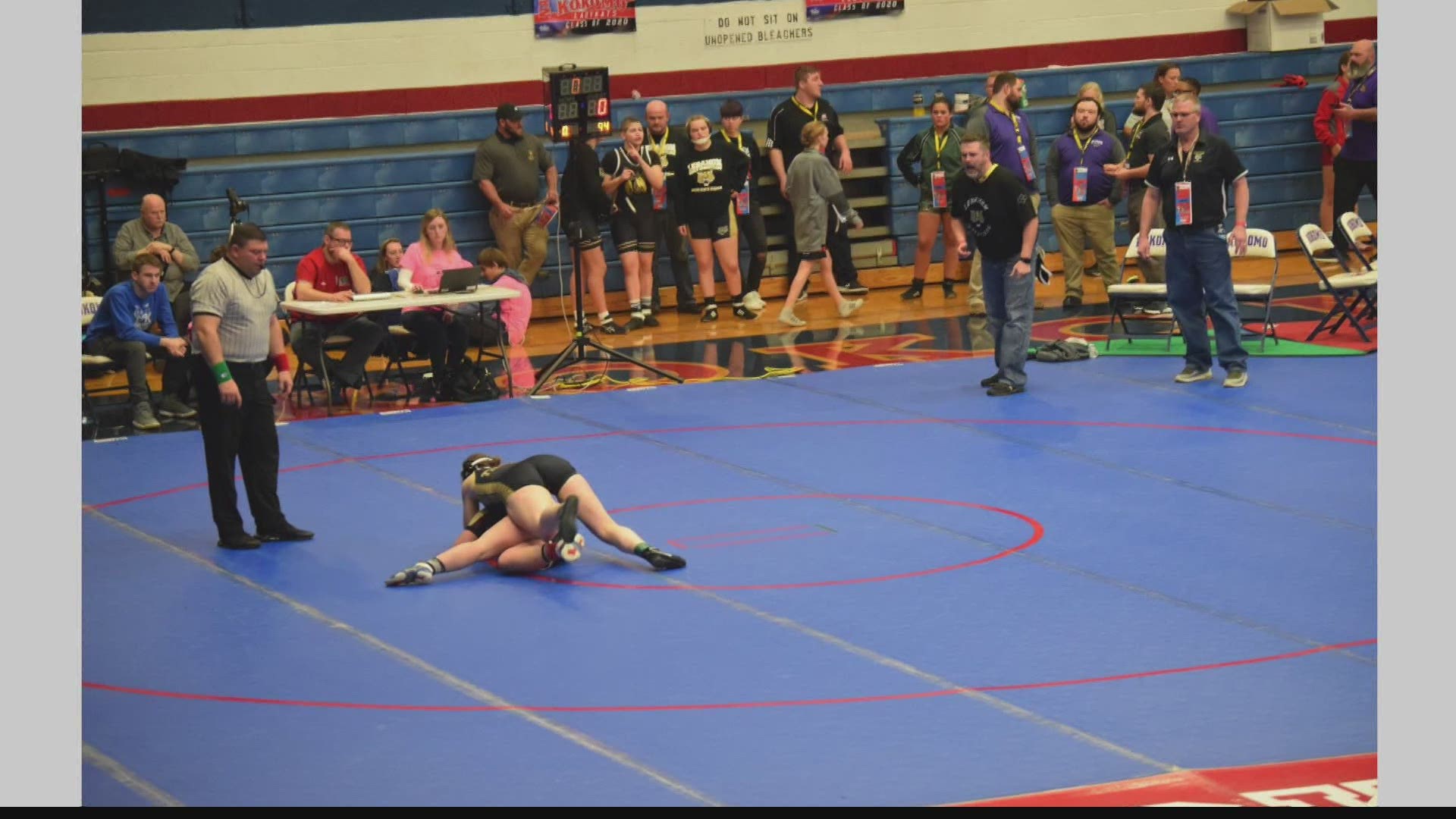 They did just that in January.

Now, the team wants girls wrestling to be an officially sanctioned sport by the Indiana High School Athletic Association.

"Girls wrestling is a legitimate sport, and it needs to be sanctioned by the IHSAA," said Jeremy Goodlett, head coach of the Lebanon High School girls wrestling squad. "That's what we're trying to push for: gender equality. We're trying to make sure that the girls have the right, the best chance and they're on the right platform."

There are 28 states in the country that recognize high school girls wrestling as an officially sanctioned sport, but Indiana is not one of them.

"There are 312 high schools in the state of Indiana, and 101 high schools have girls on a wrestling team," Goodlett said.

Sarah Huse, a two-time state wrestling champ at Lebanon High School, wants Indiana to get on board as well.

"It's aggravating because these girls put so much hard work in, and so I really want them to receive the recognition that they deserve," Huse said. "We've been fighting, and we'll keep fighting until we get what we're here to accomplish."

Goodlett said they will present their pitch to the IHSAA Board in May.

Huse said girls wrestling has helped her do more than just get in better physical condition.

"It's made me better in absolutely every area of my life," Huse said. "It's improved my confidence, it's improved my mental and physical strength. Everything that I've accomplished in wrestling is not just a win for me, it's a win for the community of people that have built me and supported me all the way here. I'm just very grateful for everything wrestling has done in my life."