On Wednesday it was confirmed that Big Ten football will have a season starting in late October. 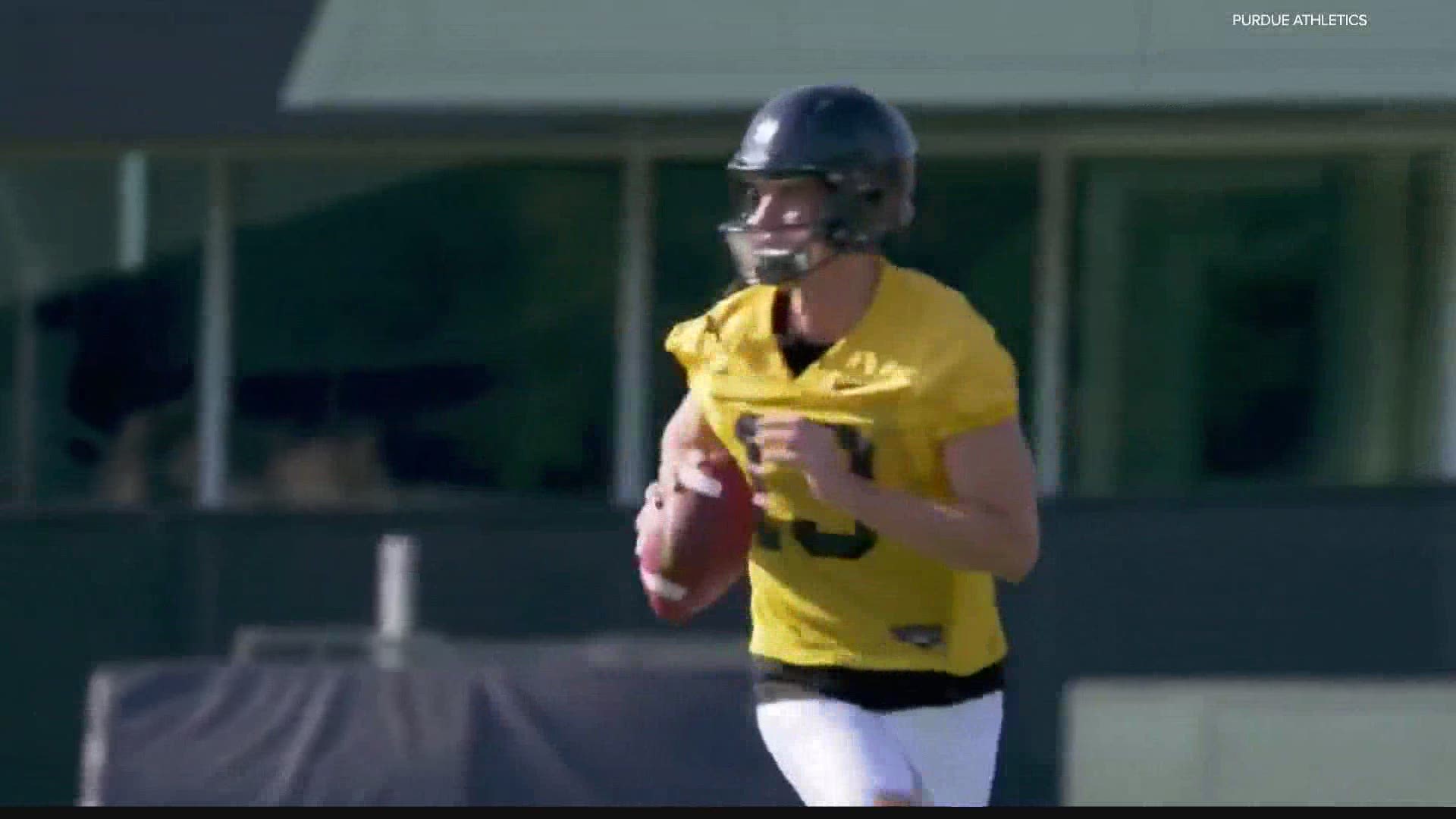 BLOOMINGTON, Ind. — The Big Ten has announced that it will play football this fall after all.

The conference confirmed in a statement Wednesday morning that the Big Ten Council of Presidents and Chancellors voted unanimously to have the football season start the weekend of Oct. 23-24. It will be an eight-game season for each team.

"We are beyond excited to get back on the football field. Our players have kept their focus and attacked workouts waiting for this day," IU head coach Tom Allen said. Thank you to President McRobbie, Scott Dolson and our medical staff for their relentless efforts to make it safe for all of us to return. I also want to thank Aaron Wellman and his staff for keeping our team sharp and our coaching staff for all of their tireless work. We look forward to the 2020 Big Ten football season!”

The conference postponed its entire fall sports season on Aug. 11 because of COVID-19 concerns and how football could be played safely. The emergence of daily rapid-response COVID-19 testing, not available when university leaders decided to pull the plug on the season looms large.

"A lot has been learned, and some new technologies or improvements have come along in the interim,” said Purdue President Mitch Daniels. “Now we'll be able to start a nine-game season under safer conditions than we would have had in place a few weeks ago, and really under the safest conditions of any conference in the country."

Credit: AP
FILE - In this Aug. 31, 2019, file photo, the Big Ten logo is displayed on the field before an NCAA college football game between Iowa and Miami of Ohio in Iowa City, Iowa. Big Ten presidents voted 11-3 to postpone the football season until spring, bringing some clarity to a key question raised in a lawsuit brought by a group of Nebraska football players. The vote breakdown was revealed Monday, Aug. 31, 2020, in the Big Ten's court filing in response to the lawsuit. (AP Photo/Charlie Neibergall, File)

As part of the conference's plan, the Big Ten will require all student-athletes, coaches, trainers and other individuals that are on the field for all practices and games to undergo daily coronavirus antigen testing.

The conference is paying for daily COVID-19 antigen testing for everyone in the football program starting September 30. IU is starting Thursday.

"Antigen testing that we're now requiring was a game changer,” said Indiana head football coach Tom Allen. “It's completely changed from where we were at five weeks ago. We didn't have that in place and weren't even planning to have that in place for the season at the time. So being able to have that, it creates somewhat of a bubble per se."

If a student-athlete tests positive during daily testing, they'll have to take a PCR test to confirm the result. Daily testing will begin by Sept. 30. According to the Big Ten's announcement, athletes will have to wait at least 21 days before returning to "game competition" after a positive COVID-19 diagnosis.

The team positivity rate will be categorized by three colors. Green means go for team activities. Orange requires stricter COVID-19 prevention measures. Red is for over five-percent positive tests and stops practice and games for at least seven days.

"I'm sure some teams in the Big Ten, at this point, have been above that,” said Purdue head football coach Jeff Brohm. “But I think with the daily antigen testing that we're going to do, we're hopeful to get that number down. It's going to be a matter of how we can control our players outside in social environments. That's going to determine if that number gets too high."

The Big Ten said it'll be announcing updates shortly regarding other fall sports, as well as winter sports that begin in the fall.

“From the outset, we have relied on and followed the guidance of our expert medical professionals in determining when it was safe to resume football competitions," IU Vice President of Intercollegiate Athletics Scott Dolson said in a statement. "I am very confident in their recommendations, and appreciate their dedication to keeping our students, coaches, fans and communities safe. I also want to thank President McRobbie, who has provided tremendous leadership and has been a great support throughout this process. Finally, I am thrilled for Coach Allen and our student-athletes, who have shown tremendous resiliency and focus. This is an exciting day.”

Indiana and Purdue will work back up to full-contact practice over the next couple of weeks.

Although the Big Ten said there will be a football championship game, the conference did not specify where. It was initially scheduled to be played Dec. 5 at Lucas Oil Stadium. It is now planned to play the game Dec. 18 or 19.

The Indiana Sports Corp. released a statement Wednesday, saying they will work with the conference still still have the championship played in Indy.

"Now that the Big Ten Conference has decided on a regular season start date, we are working hand-in-hand with them on the possibility of a Championship Game in Indy and the best date to do so," the organization said.

On Tuesday, the system president for the University of Nebraska was caught on a hot mic saying an announcement about the fall season was coming later that day. He later told KLKN in Lincoln that statement was taken out of context.

A court filing earlier this month disclosed that Big Ten presidents and chancellors voted 11-3 in favor of postponing all fall sports. Iowa, Nebraska and Ohio State voted against the move.