Big Ten football is back with new rules that may frustrate some fans, businesses

The season will start the weekend of Oct. 23 and 24. There will be eight games in eight weeks, including a championship game. 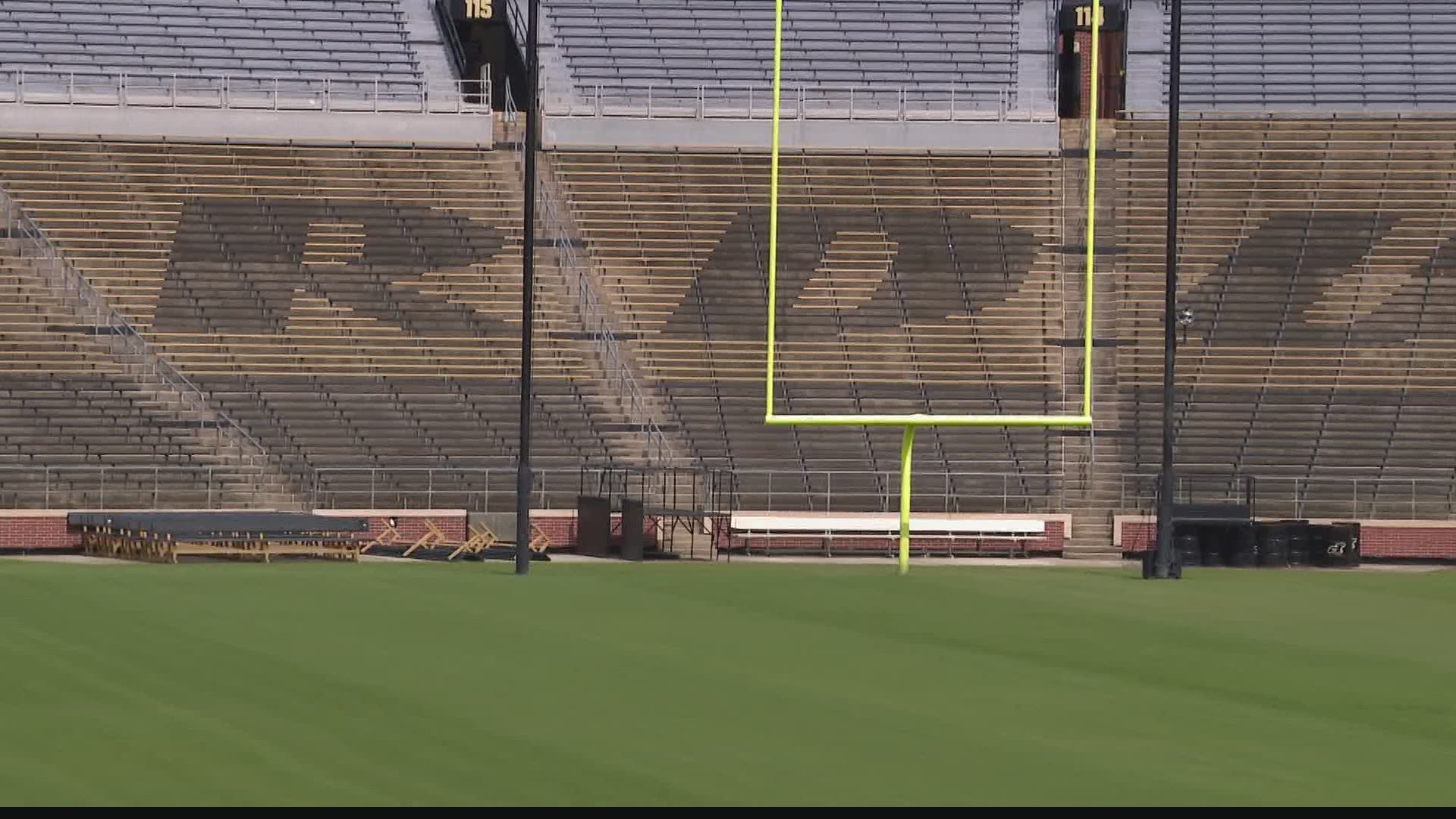 WEST LAFAYETTE, Ind. — Big Ten football is back. The season will start the weekend of Oct. 23 and 24.  There will be eight games in eight weeks, including a championship game.

Student are excited, even with new rules leaving communities missing out on tens of millions of dollars.

Behind all the face masks were a bunch of happy Purdue University students.

Between studying, social distancing and trying to check the spread of COVID-19, there hasn't been much fun.

"Having a team to cheer on would be awesome," said student Matt Byron.

Football is a desperately needed as a healthy distraction, according to sophomore Cameron Kelly.

But students, alumni and other fans will have to Boiler Up in different ways than they have in other years. Big Ten stadiums will be empty. No fans — just players' family members. Purdue is putting a lid on game day celebrations, according to university President Mitch Daniels.

Football, even without fans, can be fun, even exciting, according to fans, but it is not very popular for the local business community.

Ross Ade Stadium has room for more than 62,000 fans. Those fans, according to the visitor's bureau, spend as much as $3 million on a typical game day. Without fans in attendance, hotels, restaurants and other businesses fear this football season will be a $20 million loss.

Football is obviously more than just a game. It is a valuable part of the community's economy and culture.

"Because we are all on the same team, and it's really exciting," Kelly said with that excitement showing through her face mask.

But fans agree — football with no fans is way better than no football at all.