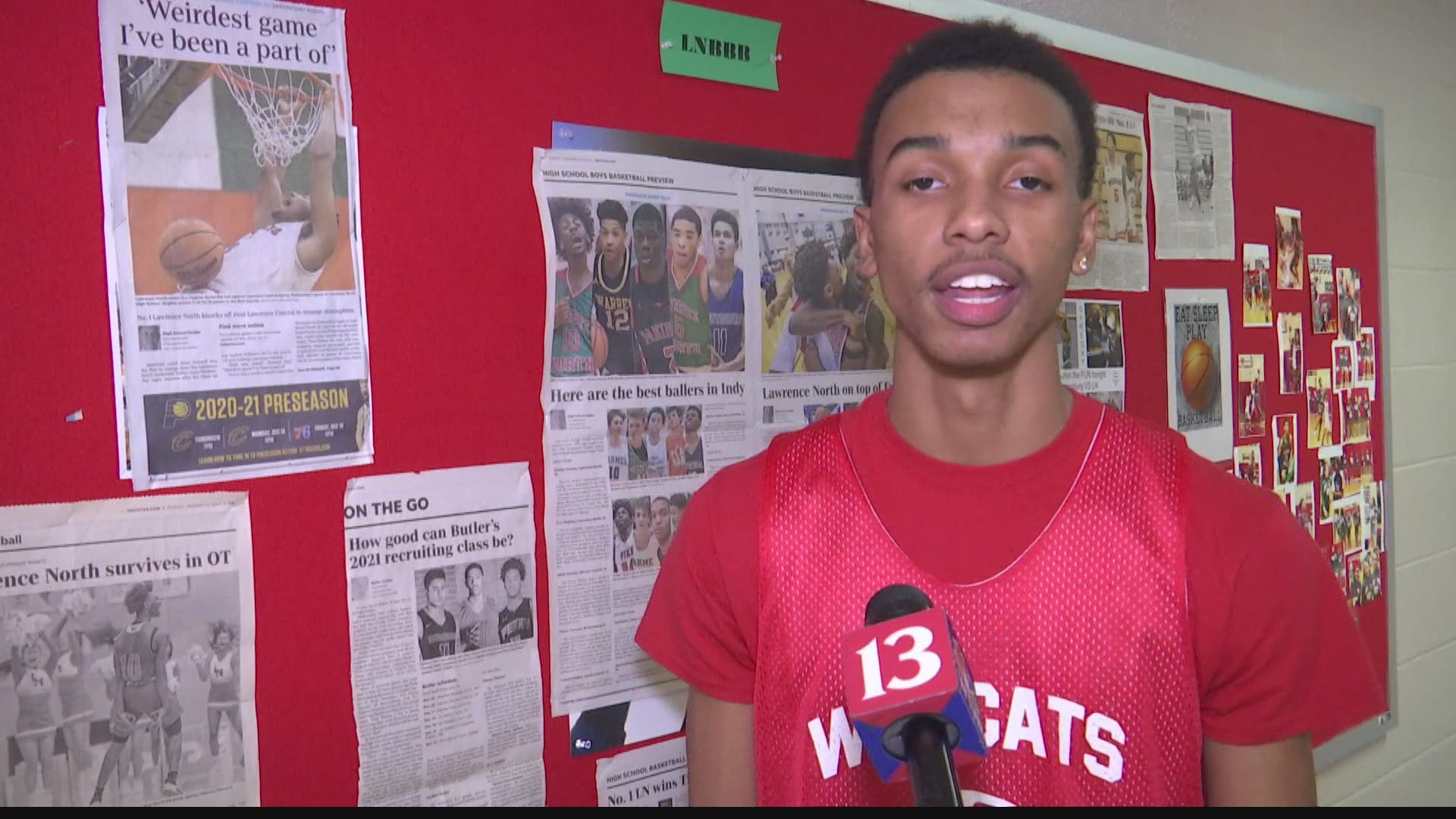 His mother is a Duke grad, so it was all about the Blue Devils in their house. But when it came time for Gunn to decide his future on the court, he turned his attention to the Hoosiers.

"Just the history behind Indiana and the brand it built, obviously I love the relationship I built with the coaches and players there," said Gunn. "I just think it'll be a great fit."

The four-star recruit had several offers, including Cincinnati and Kansas State, but he ultimately chose to head to Bloomington.

Gunn admits there's pressure in making such a big decision, but called it positive pressure.

"Just to be in this predicament, it's been a dream of mine since I was little, so just having this opportunity is a blessing," he said.

The recruiting process is nothing new for the Gunn family, because C.J. isn’t the first to play college basketball. His older sister Lauren, also a former standout at Lawrence North, is now playing at Valparaiso. The siblings are close and she’s been there every step of the way.

“She just told me to stay hungry and stay humble, no matter what. She tries to help me the best she can. She's obviously my number one fan, she's my best friend. I know she has my back through everything," Gunn said.

Gunn even credits Lauren with his development on the court.

"My sister really brought that dog out in me when we were young. We played one-on-one, we used to draw blood, cry, all that other stuff. So if I can do that with her, that means I can do that with anyone else. So I love her for that."

Gunn still has his senior season left at Lawrence North before he heads to IU and has his sights set on a state championship.

IU commit C.J. Gunn hit nine 3-pointers to lead LN with 33 points in the 95-70 win over FW Snider, setting an LN record for 3-pointers made in a game. The previous record was 8 set by Chris Hill in 1999, who would later play at Michigan State. Wow! @KyleNeddenriep @LNFanSection_ pic.twitter.com/LXPN8wGXKZ