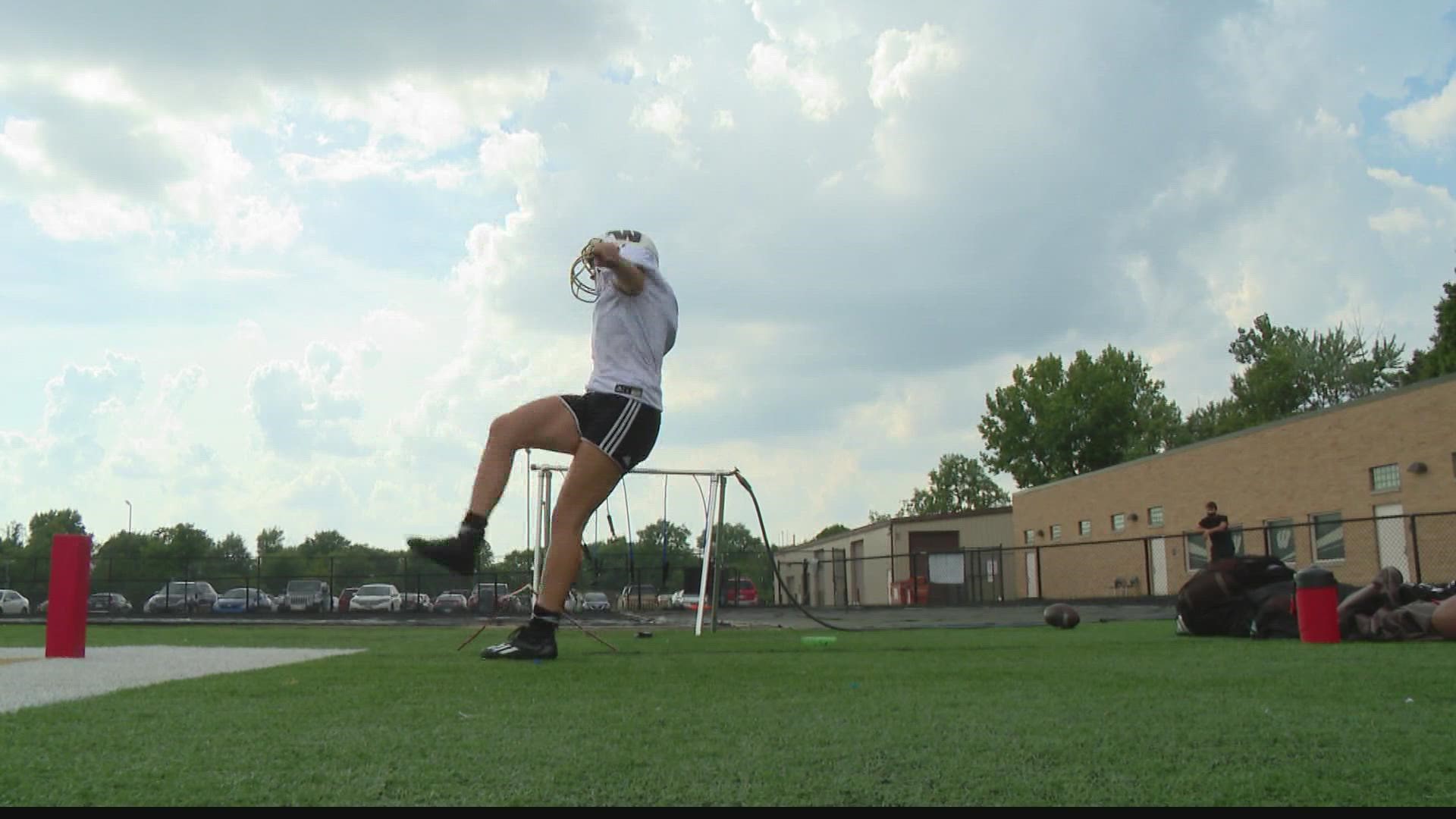 INDIANAPOLIS — A soccer player is making history for the Warren Central football team.

Jaci Merchant is a star for the Warriors' girls soccer team, but this year is taking on a different challenge.

"Someone told me that I couldn't be able to do a practice, so I kind of took that to heart and now I'm just on the football team," she said.

"My first PAT I was, like, shaking. It was so nerve-racking and once that went through and the stands went wild and all my teammates just came to congratulate me," Merchant recalled. "It was really something that I probably won't ever forget, so that made me fall in love with it even more."

Her soccer skills landed her a commitment to play at the University of Wisconsin-Milwaukee next fall.

"So I play soccer and always wanted to try football and to think that I was the first girl at Warren to ever do it and possibly in the MIC, I thought that was something that I needed to try and I definitely wanted to prove everybody wrong," she said.

Despite being the only girl on a team full of boys, Merchant said she fits in like family.

"They're awesome. They're like my big brothers. They're strong, they're very powerful and even though I'm smaller than most of them and I definitely can't squat as much as any of them, they always keep pushing me and they always make sure I'm improving and doing what I can," she said.

Merchant has earned the respect of her teammates and her head coach through old-fashioned hard work.

"[She] came to me when I got here in January, said she wanted to play football. I said, 'OK.' She said she's a kicker. She didn't flinch, man," Kirschner said. "She showed up for all the weight room workouts, all our co-captains running in the summer. She's unbelievable."

⁦@WARRENCENTRALFB⁩ ⁦@MerchantJaci⁩ So proud of this young lady!!! Worked her butt off during off-season workouts, became a true member of the WC football team, is PERFECT on PAT kicks AND was named the HOMECOMING QUEEN during tonight’s homecoming game!!! pic.twitter.com/1uEpf6oyyF

Not only is Merchant perfect on extra points this season, she was named Homecoming Queen last Friday.