The college administration held a team meeting Tuesday to tell players of the decision. 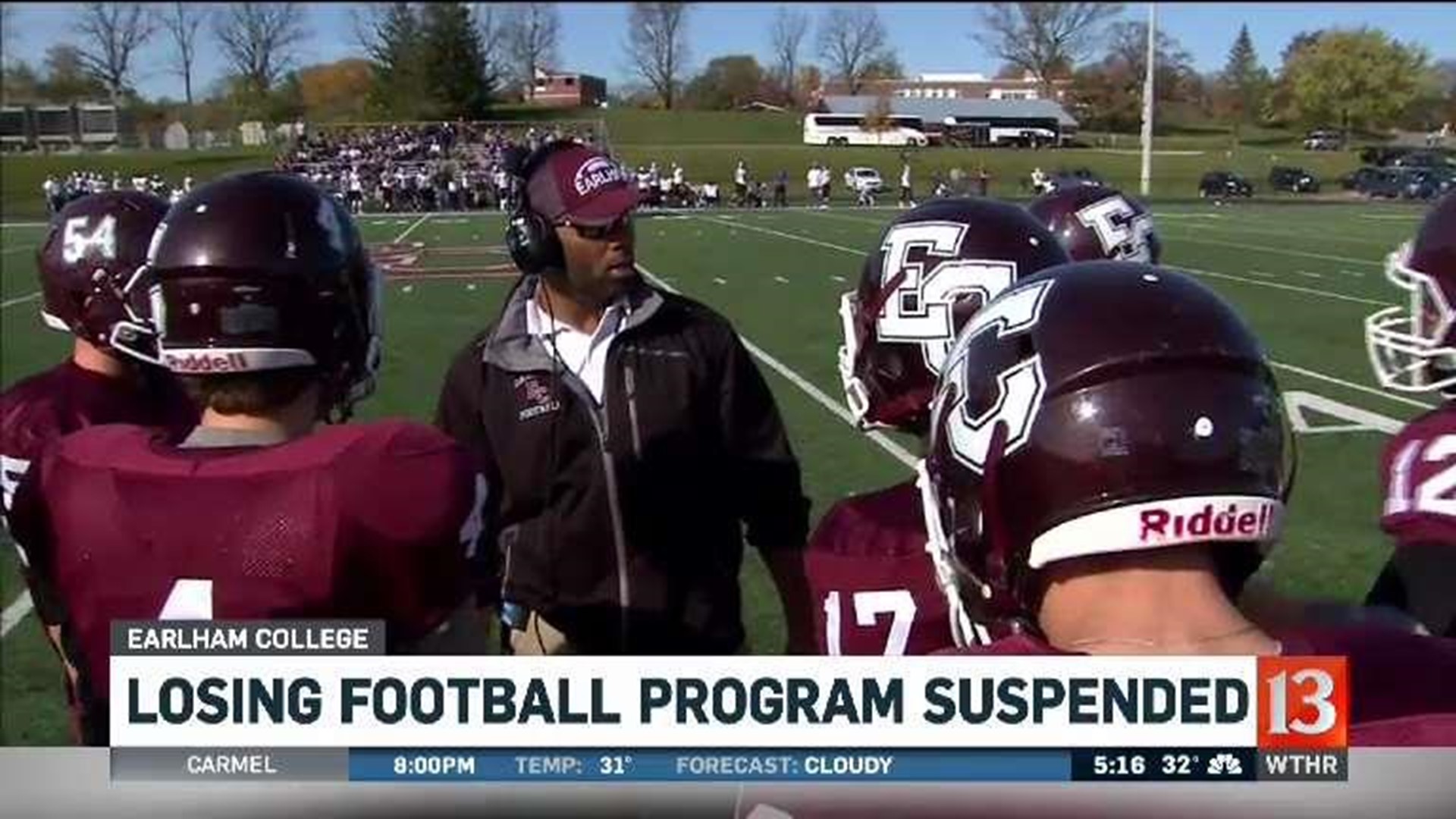 Earlham has suspended its football program after another season of lopsided losses with a roster than hovered around 40 players. The Quakers will not take the field in 2019.

The college administration held a team meeting Tuesday to tell players of the decision.

"I would say most of us were pretty shocked,” said Cole Burrell, a junior cornerback from Arcanum, Ohio. “I don't think any of us really expected this measure."

"It took me a while to really like get it,” said Aaron Crichton, a sophomore offensive lineman from Los Angeles. “I came all the way from California to here to try to turn the program around and basically failed at that. It hurts."

"Some people might say this might kill Earlham football,” said Earlham College interim president Avis Stewart. “Well, in my eyes, Earlham football might be dead right now. How do you reawaken it?" Stewart has appointed The Football Review Committee to tackle the future of Quakers football. The plan is for the program to return in 2020 if funding is found outside the current college budget, a qualified coach is hired, and sufficient players can be recruited to field a competitive team. “We want to do football at Earlham from my perspective,” said Stewart. “But if we’re going to do it and you're going to have a program, I think that the program has to be good to great."

Outgoing football coach Nick Johnson is taking a paid sabbatical to care for his ailing wife and plans to return to Earlham April 1 in another position with student-athlete development in the athletics department.

"We are grateful that the program has hung on as long as it could for us,” said senior quarterback Joe Enright. “At least for me, I'm just disappointed for those younger than me."

The Football Review Committee begins meeting in January to decide the future of Earlham College football.

The committee will be chaired by Vince Punzo, a professor of psychology and one of Earlham’s faculty athletic representatives. Other members include:

* Ellie Bewley ‘69, Board of Trustees/Chair of the Board College Community Life Committee, former college athletics director

* Ian Henry ‘01, Board of Trustees/Chair of the Board Diversity Ad Hoc Committee, former football student-athlete