Georgia lawmakers are moving forward with a proposal to prevent the state government from issuing non-English communications. 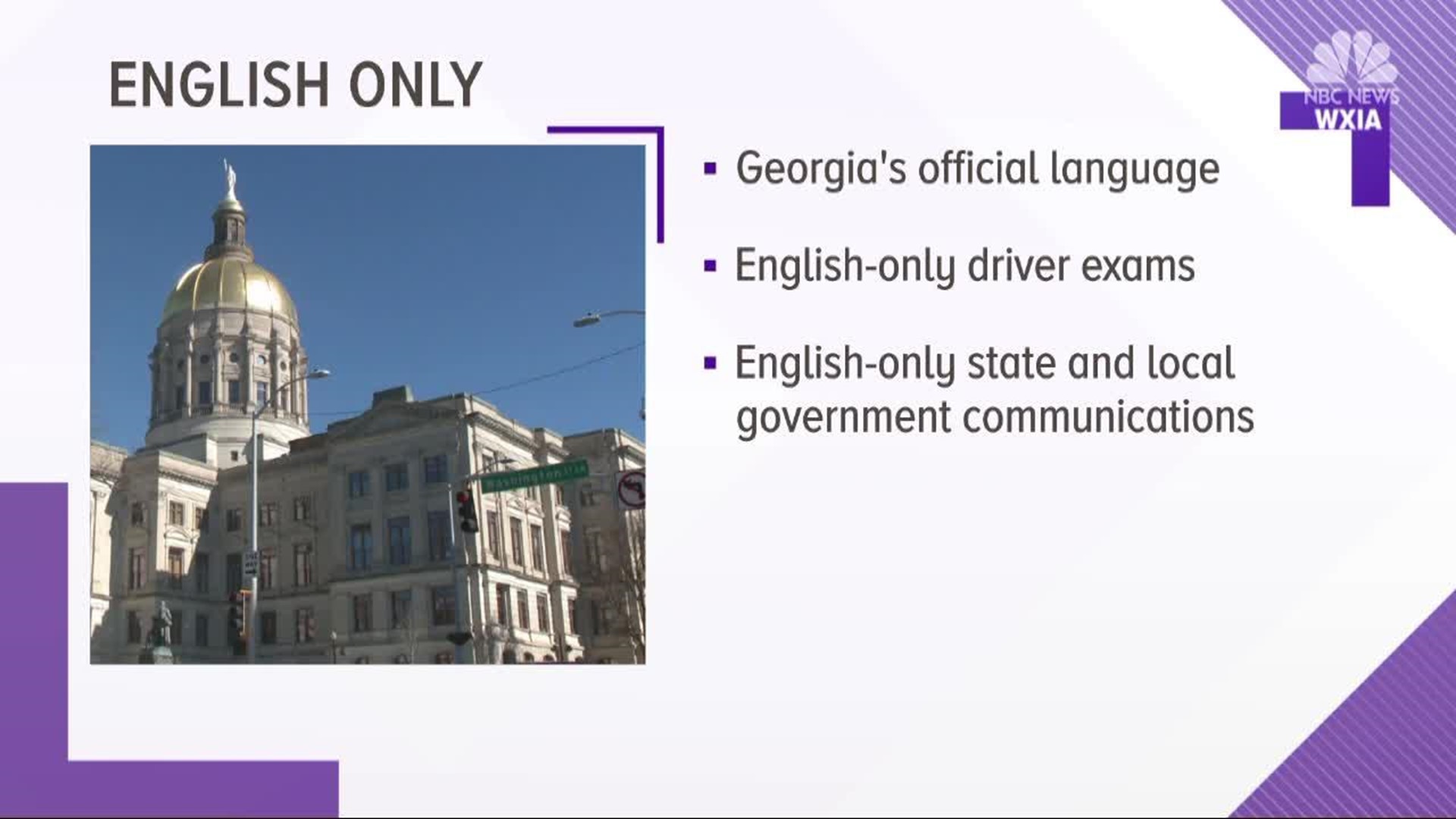 (WXIA) Georgia lawmakers are moving forward with a proposal to prevent the state government from issuing non-English communications, with some exceptions.

By a non-unanimous voice vote, the Senate Rules Committee on Wednesday approved Sen. Joshua McKoon's proposed constitutional amendment to name English as the state's "official language." State law already contains that designation, but McKoon, a Columbus Republican, said the law is not being properly enforced and the issue needs to be cleared up by revising the state constitution.

With the exception of some issues such as public health and safety, the government should be conducting its business only in English, McKoon said. The resolution wouldn't affect the languages used by individuals or private organizations.

Senate Minority Leader Steve Henson criticized the proposal. By forcing driver's license tests to be conducted in English, non-English speakers would be discouraged from getting their license, thereby leading to a rise in uninsured drivers, the Democrat said.

"I have Clarkston in my district," Henson said. "In Clarkston High School there are 59 different languages spoken. There are a lot of things -- not just in terms of public health -- that you want to communicate to various populations. And putting them in different languages is a public-positive thing."