Gov. Mike Pence says he would gladly campaign for Republican candidate Donald Trump in Indiana - or anywhere else. 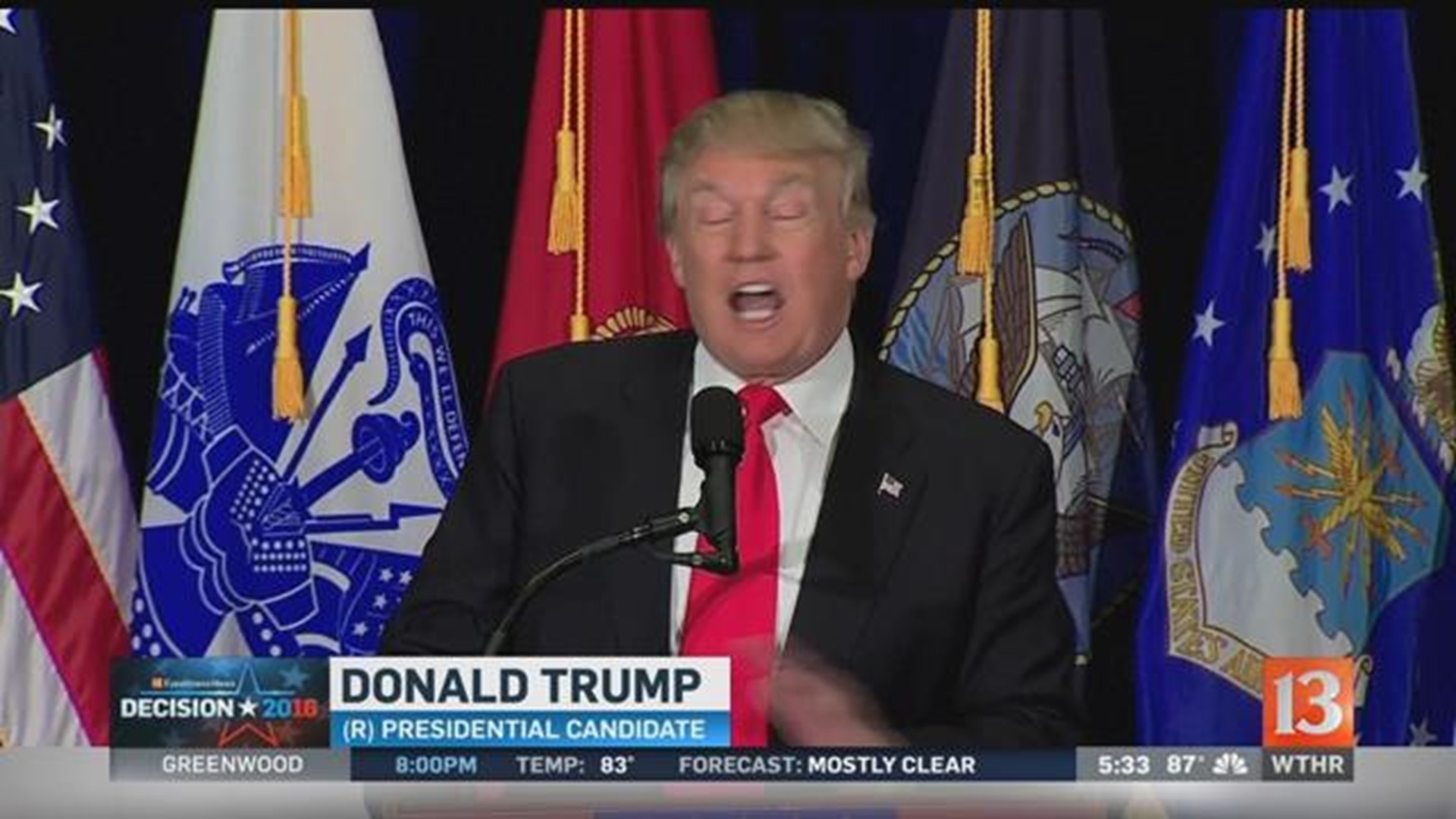 Pence will attend a fundraiser with Trump in downtown Indianapolis before the Westfield appearance. That event is not open to the public or the media.

Pence said Monday he would gladly campaign for Republican candidate Donald Trump in Indiana - or anywhere else.

The governor told reporters that he's prepared to make the "case" for the presumed GOP presidential nominee "anywhere across the country that Donald Trump would want me to."

Pence is considered a leading candidate to be Trump's running mate. The campaign appearances by Pence would be the latest in a series of joint appearances Trump has held with vice presidential prospects.

Trump is expected to name his choice toward the end of the week.

The governor greeted visitors at the Bartholomew County Fair Monday evening. He is attempting to keep his campaign and the workings of the governor's office "business as usual."

Gov. Pence and the First Lady were downtown in cycling gear for the first leg of the statewide ride of Cops Cycling for Survivors.   The annual ride raises awareness and money to support the families of officers killed in the line of duty.

Gov. Pence says he hasn't heard a word from Donald Trump since the two met about a week ago.

"I haven't spoken to Mr. Trump since we met a little bit more than a week ago. You'd have to ask them about the process that they're going through. We're just very honored to be considered, but I really do believe it's more a reflection on the success that we've been experiencing in the state of Indiana," he said.

"I've very glad that they scheduled a public rally. The opportunity for Hoosiers to hear from him directly is exciting.  I look forward to joining him there.  If he wants me to bring a few words I would be happy to," he added.

If Pence gets the vice presidential nomination and accepts, he can't run for governor at the same time.

So who would run - and what would be the effect of switching candidates this late in the political ball game?

"You're taking an incumbent who's already served for four years and essentially making it into an open seat. It would make it more vulnerable for the Republicans," said Laura Albright, University of Indianapolis political science professor.

"None of them are really big-time players in the same way that Mike Pence is, and if you're coming in July and you realize you haven't had the benefit of campaigning up until this point," said Albright.

Any candidate entering the race so late would have some catching up to do. Democratic gubernatorial candidate John Gregg is staying on message despite the uncertainty of who he'll be facing on the November ballot.

"I've said all along Mike Pence never had any desire to be governor of Indiana. His record shows that," said Gregg.

No matter who he's running against, his campaign for better jobs, schools and roads won't change.

"Whether it's Mike Pence or his hand-picked successor, it really doesn't matter. The issues are gonna be the same for us," Gregg said.