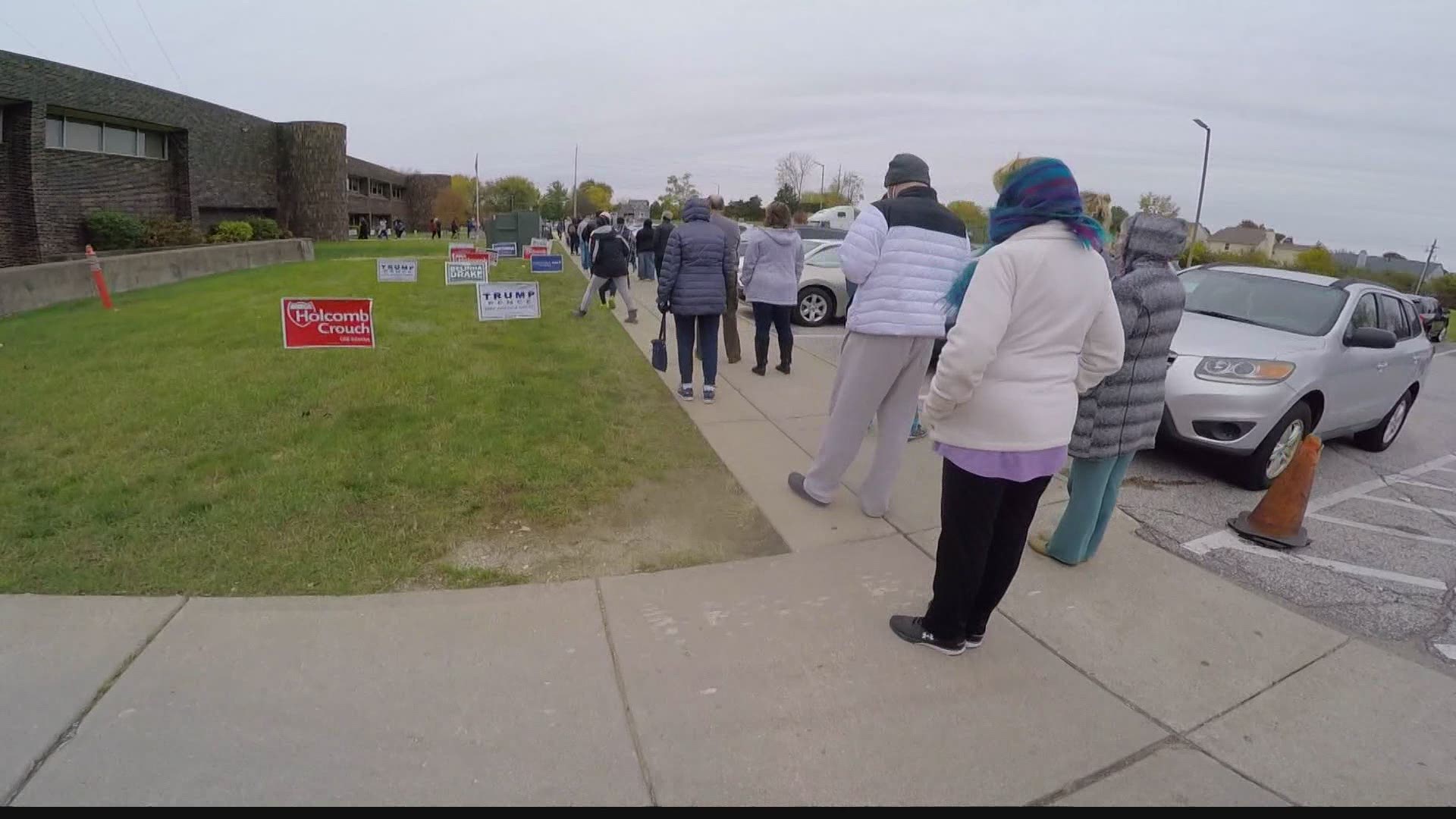 This comes after five additional polling locations opened Saturday. It is the most sites the county has ever had.

On Sunday, the line at the MSD Lawrence Administration Building snaked around the hallway, out the door and to the back of the building. At one point, people waited for more than three hours. Some were lucky to only wait for two hours.

“I have never seen lines like this. I have been voting since I was 18. I will be 77 this year and I’ve never missed a vote,” said one voter on Sunday.

Some people voted early because they were worried the lines will be worse on Election Day. Others went to get it done before the work week started.

“I work during the week, so it would be difficult to try and get out and vote before trying to get to work across town.”

Wait times at St. Luke’s United Methodist Church on the north side were over three hours at one point Sunday. That was nothing compared to Saturday, when voters waited seven to eight hours to cast their ballots.

Election officials say the wait times aren’t due to any technical issues or poll worker shortage, just a lot of people wanting to vote.

If you want to check the wait times of the polling locations in Marion County, go to IndyVoteTimes.org. It shows all six locations to help you better plan and save time.