An 8-year-old boy from Massachusetts is recovering after a frightening incident in which he became tangled in his seat belt and said he was choking. 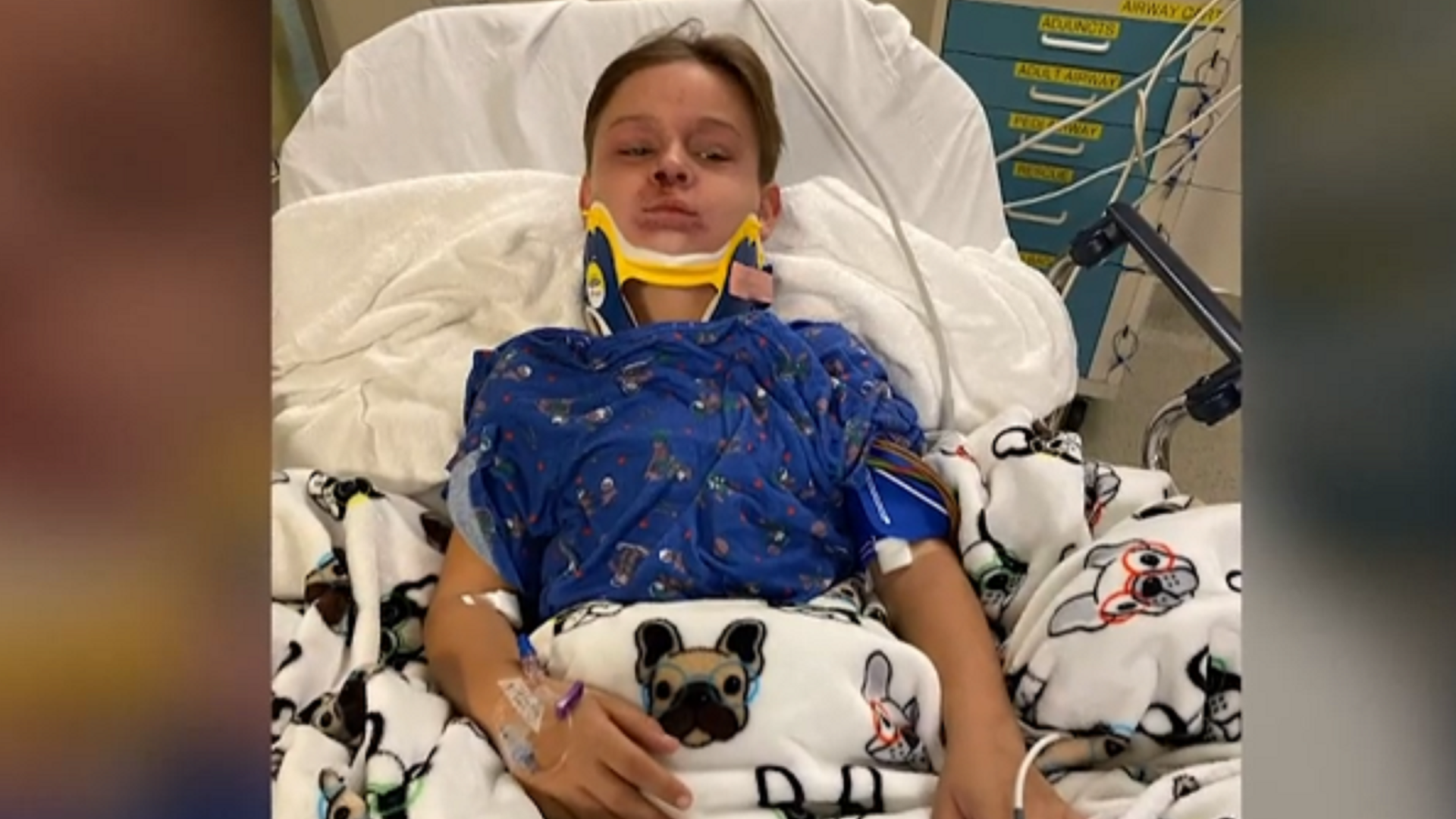 WOBURN, Mass. — An 8-year-old Massachusetts boy is lucky to be alive after becoming entangled in his seat belt over the weekend.

According to Siobhan, the 8-year-old was seated in their Acura when he somehow became entangled in a seat belt next to him. Connected to the ceiling, Siobhan said the seat belt caught around his neck and was pulling him tighter as he pushed away.

"Before I could even process anything, he was basically hanging from the ceiling unconscious, blue as can be. There was blood coming out from the pressure," Siobhan said.

Siobhan stopped outside a hair salon and began banging on the door for help.

"All of a sudden, I hear someone banging on the door," hairdresser Elizabeth Costa said. "All I could think about was my 4-year-old screaming for me."

Costa used a pair of her scissors to cut Brayden loose. Siobhan then administered CPR before he was rushed to the hospital.

"In my 31 years of policing, I don't think I've ever heard this story," Bedford Police Chief Robert Bongiorno said.

Bongiorno said they're now investigating what happened but is urging parents to take extra precautions, such as stocking their cars with safety kits that come with scissors.