A shark attacked a professional surfer near the Jacksonville Beach pier this weekend. 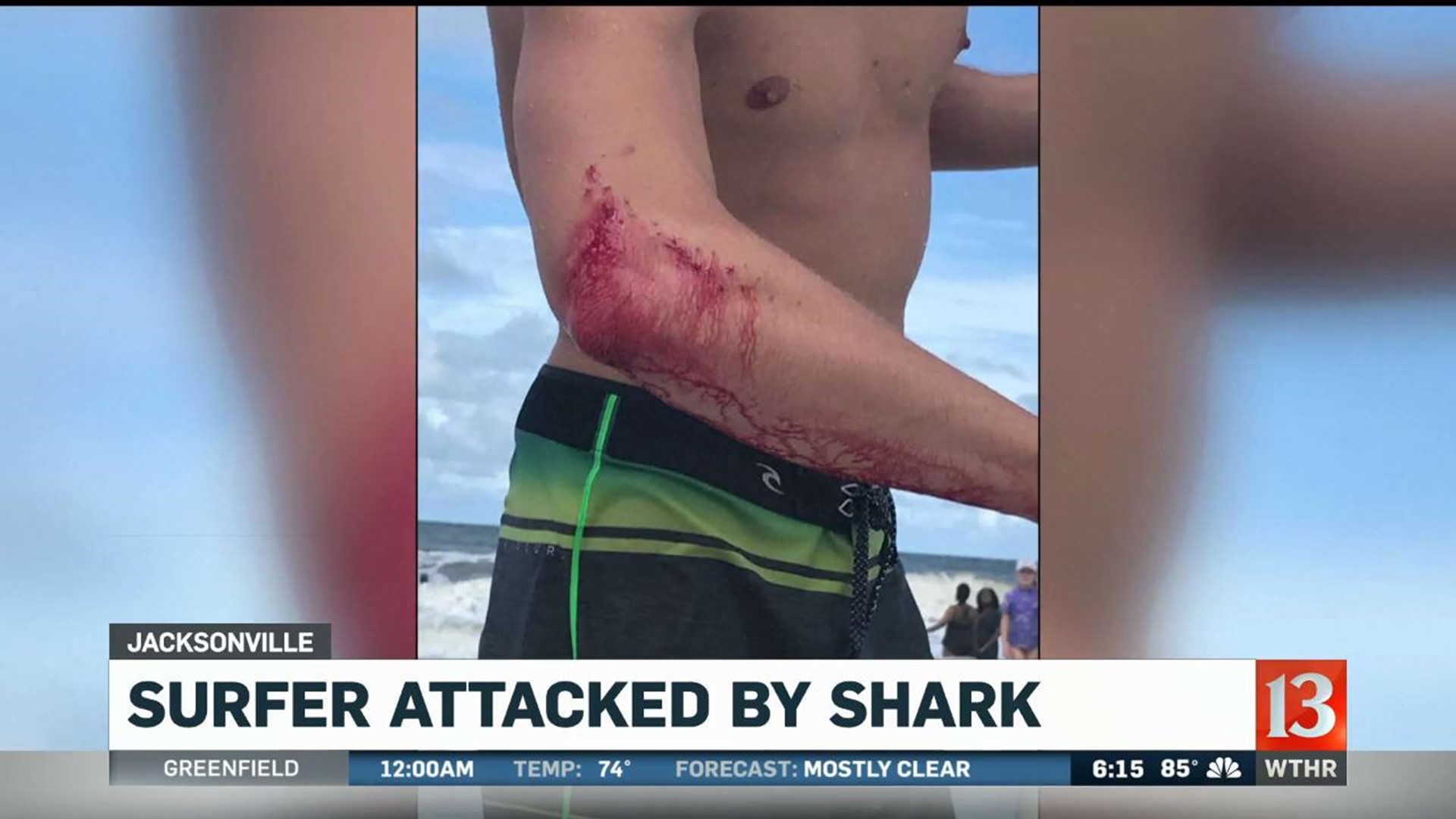 JACKSONVILLE, Fla. (NBC) - A shark attacked a professional surfer near the Jacksonville Beach pier this weekend.

He told NBC he was lying on his board in the water about 20 yards from the pier on Saturday afternoon when the shark suddenly latched onto his elbow, thrashed around for about 30 seconds, and then swam away.

"I've honestly seen a lot of sharks surfing my whole time, but I've never seen one that close and in that kind of aggression,” he said. “It was coming AT me, not around me. So, it was definitely interesting. I was scared for sure."

O’Rourke says he was in shock as he headed back to shore.

Despite his injuries, he says he didn't need to go to the hospital and simply had his wounds bandaged.

O’Rourke says he will stay out of the water for a few weeks to let his wounds heal.

And then he says he's going surfing.