'It's really, really hard not be affected': Hoosier volunteers return from trip to border

A group of 16 Hoosiers, including attorneys and interpreters, is back from southern Texas where they spent a week at the country's largest detention center for women and their children. 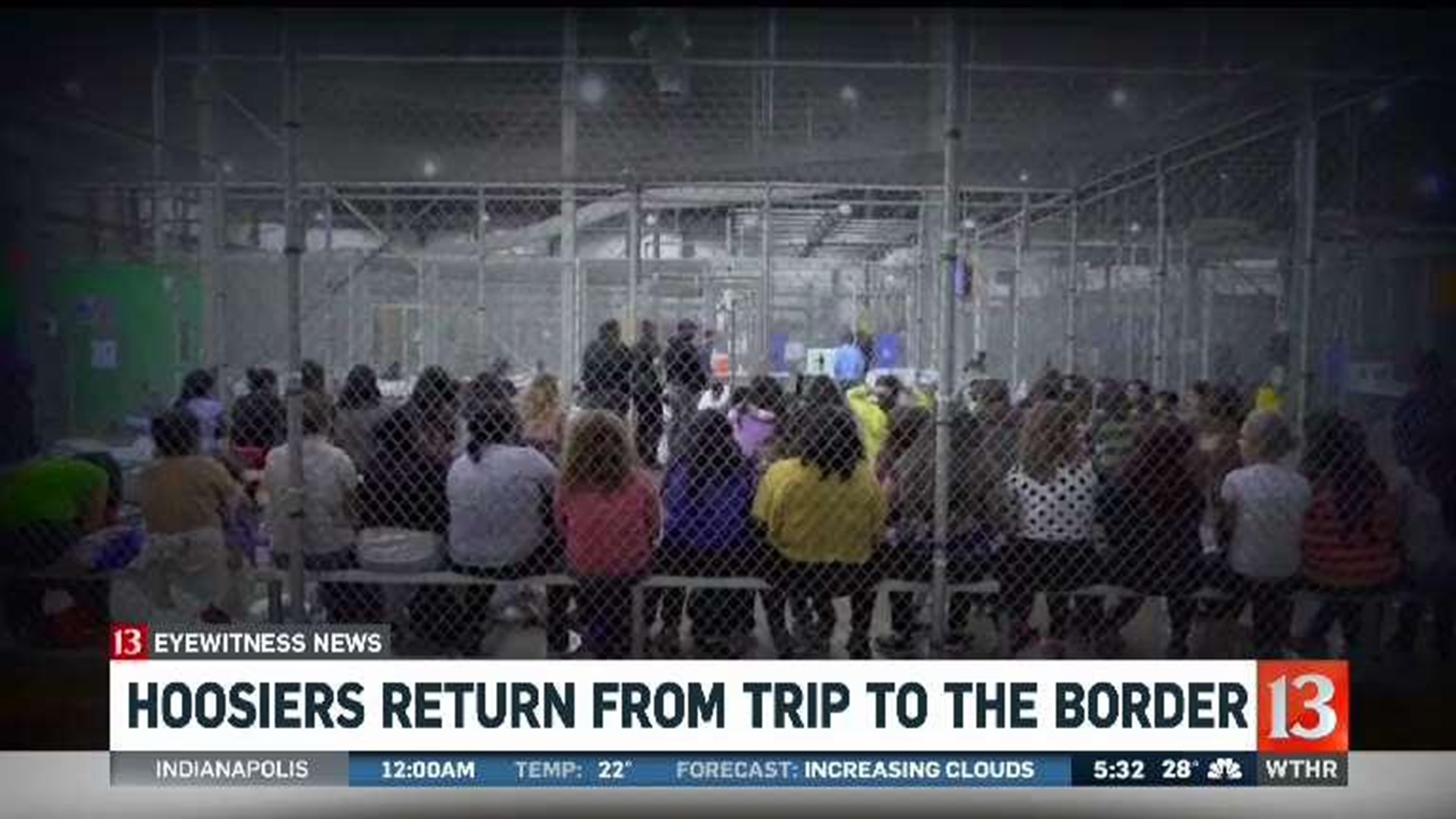 INDIANAPOLIS (WTHR) — A group of 16 Hoosiers, including attorneys and interpreters, is back from southern Texas where they spent a week at the country's largest detention center for women and their children.

The group was in Dilley, Texas to help migrant women apply for asylum. Julie Sommers Neuman, executive director of the Coalition for Our Immigrant Neighbors, helped organize the trip. She said it was a trip prompted by coverage of immigrant children being separated from their parents at the border last summer.

Neuman described her time in Dilley as "the longest days of my life, but the shortest week. It went so fast."

She and the others spent 12 to 15 hours each day preparing the women for their "credible fear interviews" before an immigration judge, who would determine whether they could stay in this country or be sent back

"The hard thing is the women have been through so much trauma but they don't know how to tell their stories," Neuman said.

Maria Pemental-Gannon, an interpreter, said, "Some say 'Yeah, I've been beaten and raped' and I said, 'No, you need to show them and tell them what that did to you.' Every interview, time-after-time, it was the same thing, the same horrific story."

The group worked with 125 women over five days with interviews ranging from an hour to more than six hours.

Suyapa Brenden said what really struck her were the children.

"Just to see them crying and asking for snacks," she said. "It's just like we're mothers."

But the rules at the high-security facility were strictly enforced: no food, no gifts, no hugging.

Pemental-Gannon kept a journal. In one passage, she wrote, "We were going to touch lives and make a difference."

But the volunteers were also touched.

"Ne kept saying 'tu eres fuerte,' which means you are strong," Neuman said. "I thought I was going to be strong, but it was really, really hard not to be affected. I find I'm weepy. I just can't get them out of my head when going to bed at night."

She said it's also reminded her of everything for which she's grateful.

"I was texting my kids one night and said, 'We are so fortunate and always remember how fortunate we are because we take so much for granted in this country,'" Neuman said.

The trip was part of the CARA Pro Bono Project, which has been offering legal aid to those at the Dilley facility. It relies on groups from across the country to volunteer for a week at a time.

Neuman said everyone in her group has said they want to go back.