Ivore Westfield and Rachel Harding shared what happened to them when arrested for 'resisting law enforcement.' 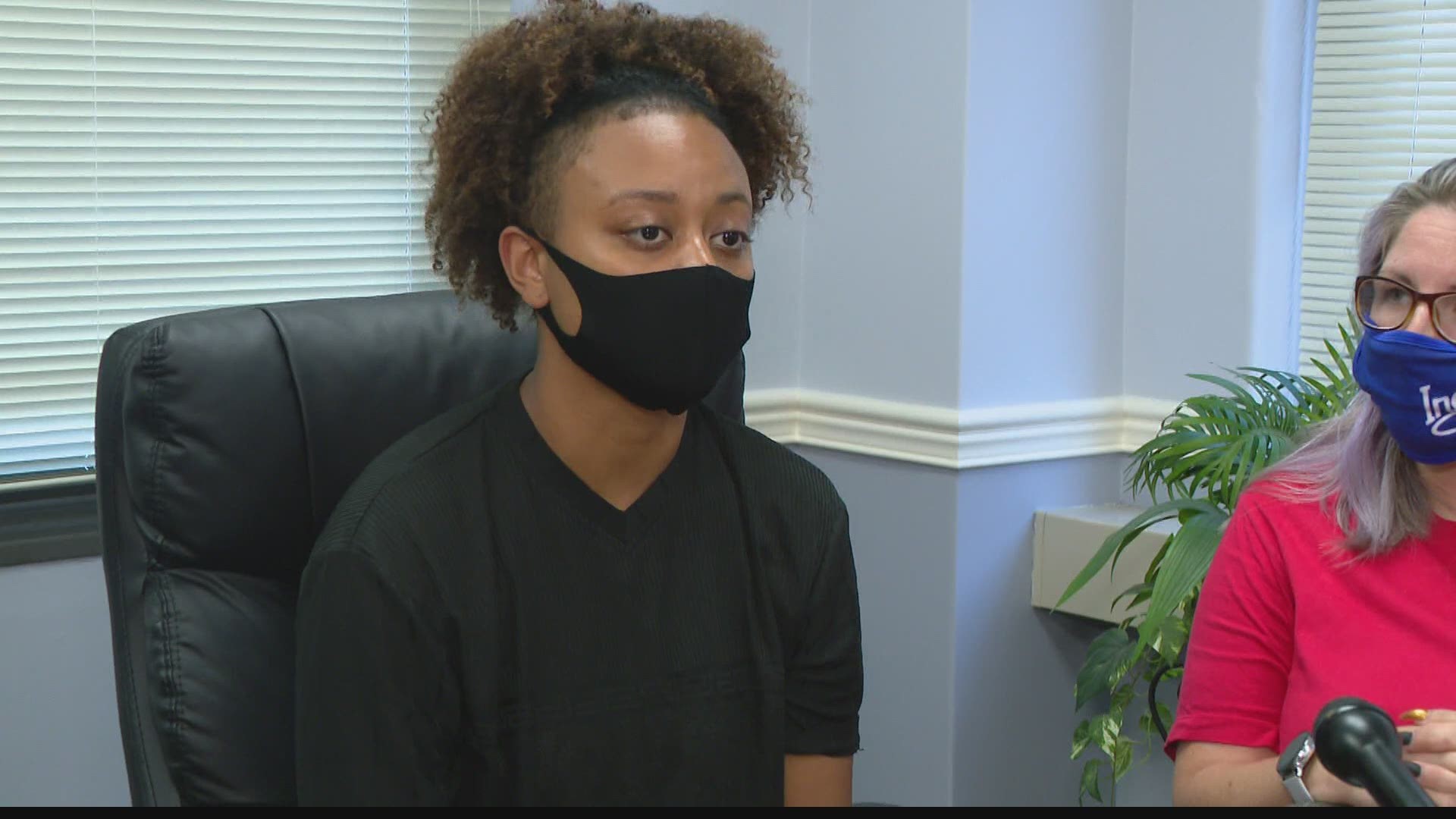 INDIANAPOLIS — Two Indianapolis women are speaking out for the first time about their downtown arrests by officers at IMPD.

Ivore Westfield and Rachel Harding shared what happened to them when arrested for "resisting law enforcement."

The women insists their arrests came as a surprise since they were headed home.

Westfield and Harding met for the first time during the May 31 protest just as curfew started at 8 p.m.

After showing concerned for children still out and about downtown, they headed to Harding's car near Pennsylvania Street.

They were among the hundreds of Black Lives Matter protesters in downtown Indy on May 31 and 45 minutes into curfew time, they encountered officers.

Westfield was waiting for Harding to arrive at the car so they could leave, knowing that someone else had taken the children home they had been concerned about that night.

According to Westfield, officers approached her and announced she was under arrest.

"I automatically put my hands like this and walked directly to the seargent because he announced our arrest," Westfield said. "I didn't like how he was grabbing me."

Harding arrived near her car where Westfield awaited a ride with her and stumbled upon the arrest in progress.

Video shows Westfield react to the male officers contact and that's when the encounter escalated with Harding voicing her concerns to the group of officers making the arrests.

Harding said that's when she too was taken into custody. Video shows an officer pushing her to the ground during the encounter.

"The officer let go of me to start hitting her with a baton," Harding said. "At that point I bent down to pick up my phone to record and asked why are you doing this to her because I have never seen anything like this in my life."

Harding says they almost made it to her car to leave downtown.

"I told them my car is right there," said Harding. "I have never seen officers do anything like that to someone for curfew, for curfew."

IMPD arrested both for resisting law enforcement, which Marion County Prosecutor Ryan Mears decided not to follow through on.

During their stay in the Marion County Jail, Westfield told 13News she was never offered any medical attention for her injuries.

"When we got out of jail her open sores from the pepper balls were still bleeding," Harding said.

Attorney Kinnard was later shocked to learn on the news that the officers involved in their arrest would not face any kind of charges. He later filed a federal civil rights lawsuit against asking for punitive damages.

Kinnard is still waiting on IMPD to release the name of the seargent and officers involved in his clients arrests. For now, the Civil Rights Lawsuit refers to each of the officers as "John Doe."

Now both women suggest that if you are planning on attending any kind of protest to make sure it's peaceful. Westfield and Harding tell 13 News that despite their arrests, this is not the last time you will see them at a protest for justice.