The arrest, caught on camera, showed IMPD hitting women with batons during an arrest following a protest in downtown Indianapolis. 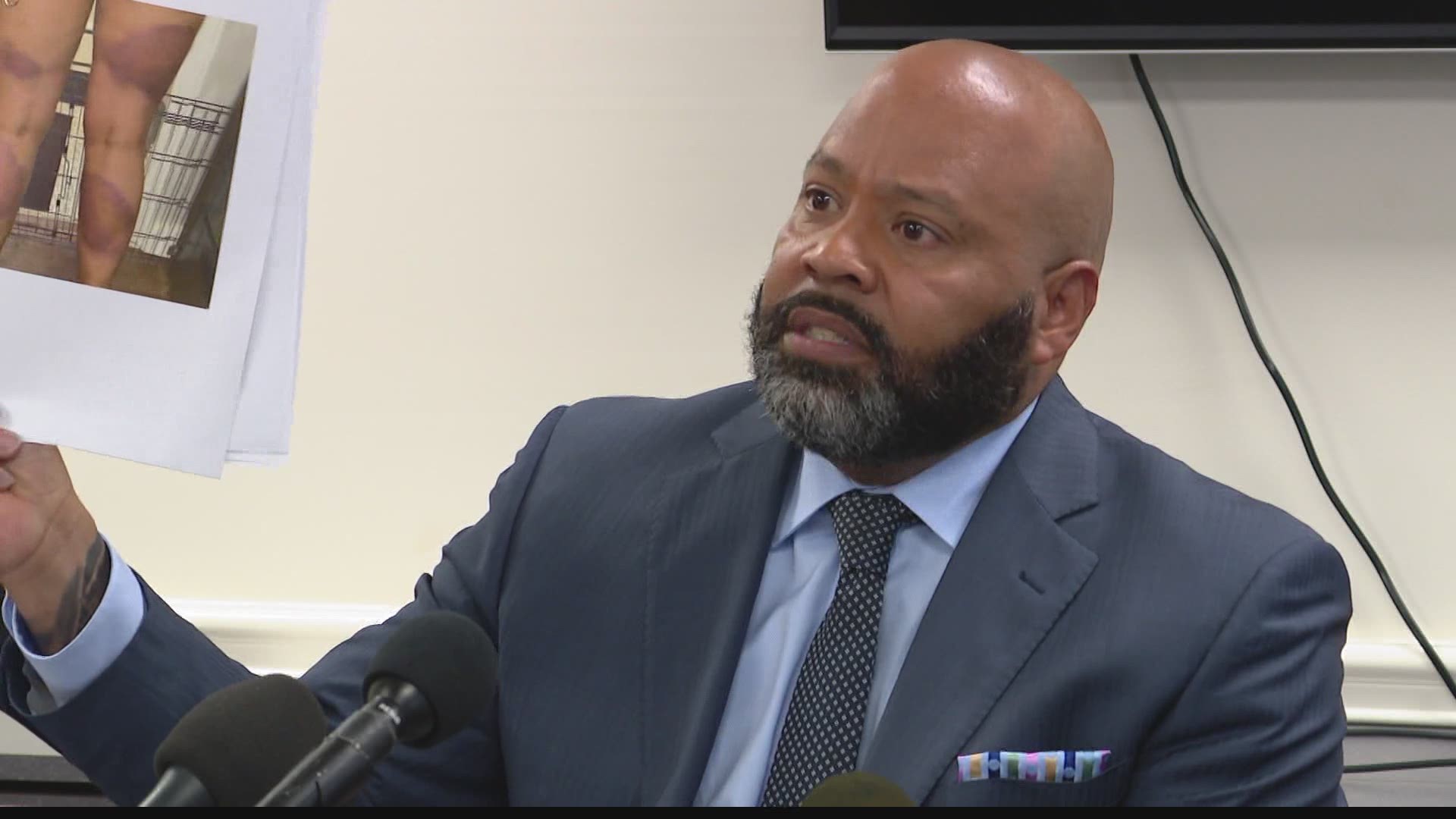 INDIANAPOLIS — Two Indianapolis women say three officers and one sergeant in the IMPD violated their Fourth and Fourteenth Amendment rights when they were arrested during protests in downtown Indy following George Floyd's death. None of the IMPD employees have been identified.

Ivoré Westfied and Rachel Harding filed the lawsuit. Westfield was participating in a peaceful protest downtown the night of May 31. Harding was photographing the protest. According to the lawsuit, the two women did not know each other prior to that night.

There was a curfew in effect — beginning at 8 p.m. — that night. After Westfield realized that time was approaching and her ride was not available, Harding agreed to give her a ride home, the lawsuit says. The two women say they were walking to Harding's car when IMPD officers approached them and arrested them for violating the curfew.

According to the lawsuit, the IMPD sergeant became aggressive when arresting Westfield — putting his entire body on hers and moving her arms into an unnatural, painful position. That's when Westfield pulled away from the officer, but the lawsuit says she did not assault the sergeant or any of the other officers.

Then, the lawsuit alleges the sergeant instructed another officer to "hit her." At that time, one officer launched pepper ball rounds at her, and two others began hitting her with their batons — striking her at least six times. She fell to the ground and one officer held her head and neck with a baton and put her in handcuffs, the lawsuit says.

“The Pepper balls were fired at such close distance that they broke skin and caused severe bleeding in several parts of her arms and hands,” said Kinnard.

“She was beaten so severely that it left these types of bruises,” Kinnard said, showing the photographs.

Kinnard eluded to the fact that both woman are emotionally traumatized from their arrest.

The women are seeking damages for the officers' excessive force and the sergeant's refusal to intervene.

“They promised us a thorough investigation. They tried to sweep it under the rug. But I am not going to let that happen,” Kinnard said. “It was not until the noon how that we watch local news that we learned that no charges were going to be filed. I submit to the community that if you have seen this video would you accept law enforcement beating an unarmed citizen."

Kinnard is also interested in hearing from other people who were downtown and may have witnessed the incident involving Harding and Westfield.

Their attorney is still waiting to learn the names of the sergeant and three officers involved in his clients arrests. In the Federal Civil Rights Lawsuit obtained by 13News, the officers are all listed as John Doe.

13News reached out to IMPD via email for a response to the Civil Rights Lawsuit and learned the email has been forwarded to the attorneys for the Indianapolis Metropolitan Police Department.

Attorney Terrance Kinnard is holding a news conference after filing a federal lawsuit against three officers and one sergeant with IMPD. STORY: https://www.wthr.com/article/news/local/lawsuit-filed-against-impd-for-excessive-for-in-protest-arrest/531-a0f9b88b-2b64-4d1b-969f-cd03a8ecb3d3

The Marion County Prosecutor's Office told 13News that at the time of this story, the investigation of the officers' conduct has not concluded and remains an open and active investigation.