There has been a steady decline in COVID-19 numbers in Indiana over the last few weeks. 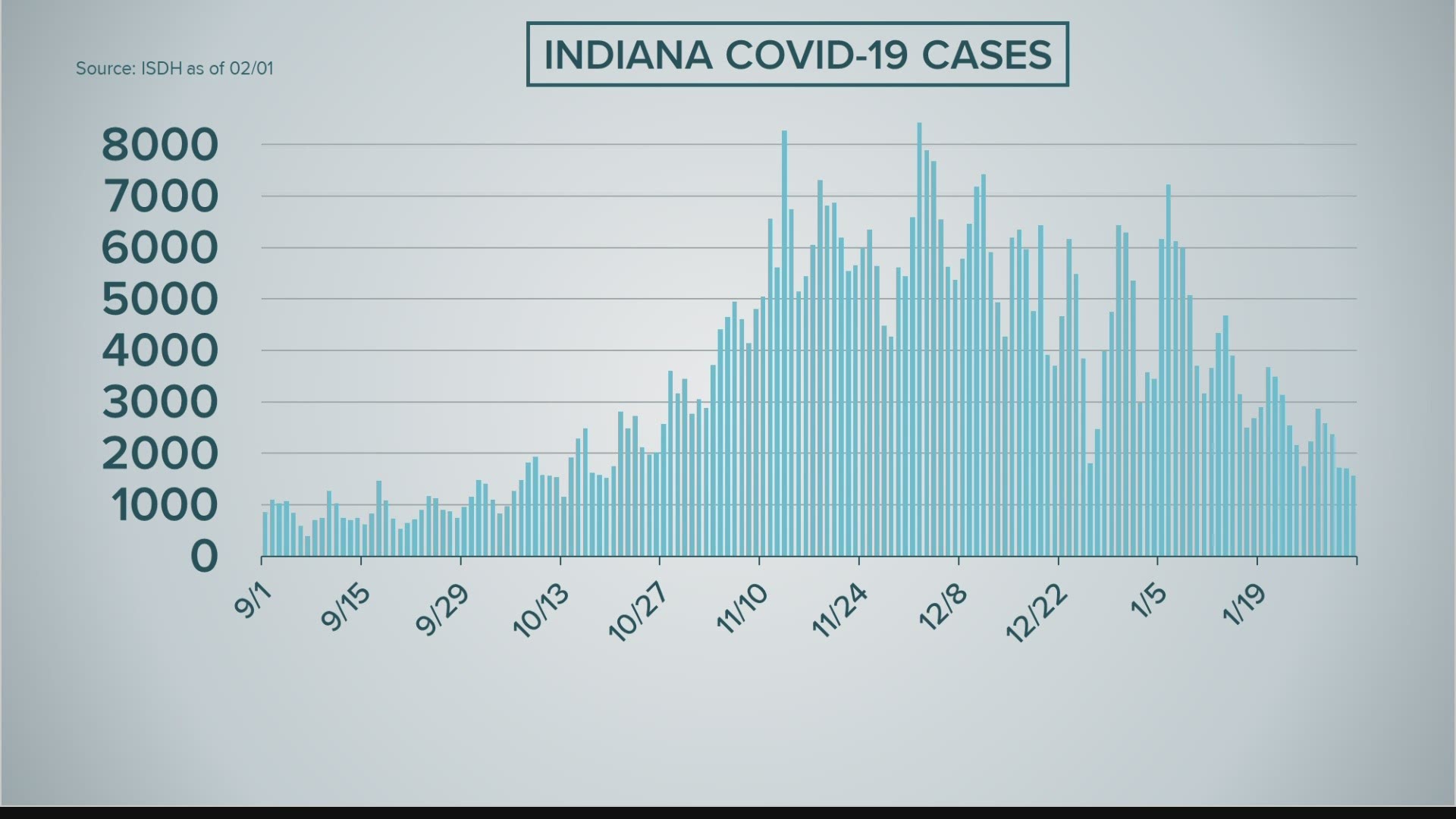 INDIANAPOLIS — There has been a steady decline in COVID-19 numbers in Indiana over the last few weeks, a decline that has surprised even researchers.

“I think it’s baffling to many scientists as to why the disease has kind of flown south for the winter,” said Brian Dixon, Regenstrief Institute's director of informatics.

There have been fewer than 3,000 cases in Indiana each day since Jan. 22. The 1,565 cases reported Tuesday were the lowest since October.

So far, nearly 600,000 Hoosiers have received at least the first dose of the coronavirus vaccine, but Dixon said that is not enough to solely drive the numbers down. He said several factors are likely driving the decline.

“About 20 percent of Hoosiers have been infected at some point during the pandemic, said Dixon. “Immunity can last up to eight months and potentially longer. It could be individuals who were infected last summer or fall may still be protected from getting infected again.”

The #COVID19 pandemic is putting a major strain on #healthcaresystems. New research from the VA, Regenstrief and @IUMedSchool shows that strain may lead to more COVID-19 deaths. Read more: https://t.co/HBj2hPxoFV pic.twitter.com/QWauVIevwF

Dr. Graham Carlos at Eskenazi Hospital believes the decrease is not based on just one factor.

“Number one, a lot of people have had COVID, so they have some immunity. Number two, vaccines. Hoosiers are doing a great job getting vaccines. Lastly, people are still wearing masks. They are distancing. They are taking this virus seriously. All of those things combined are helping us out," Carlos said.

But while numbers are dropping, there is also concern about the possibility of yet another surge, with new variants of the coronavirus.

“We don’t know what kind of immunity they will have against these new variants, the South African one in particular,” Carlos said.

"We want to push to vaccinate the population as quickly as possible because there could be a third wave appear in the spring or potentially in early summer,” said Dixon. “We want to get to the point where we have a much higher percentage of the population vaccinated and those people, with the combination of the 20 percent who have had the virus, should put us in really good position for the summer.”

RELATED: Here's how and when you can get the COVID-19 vaccine in Indiana