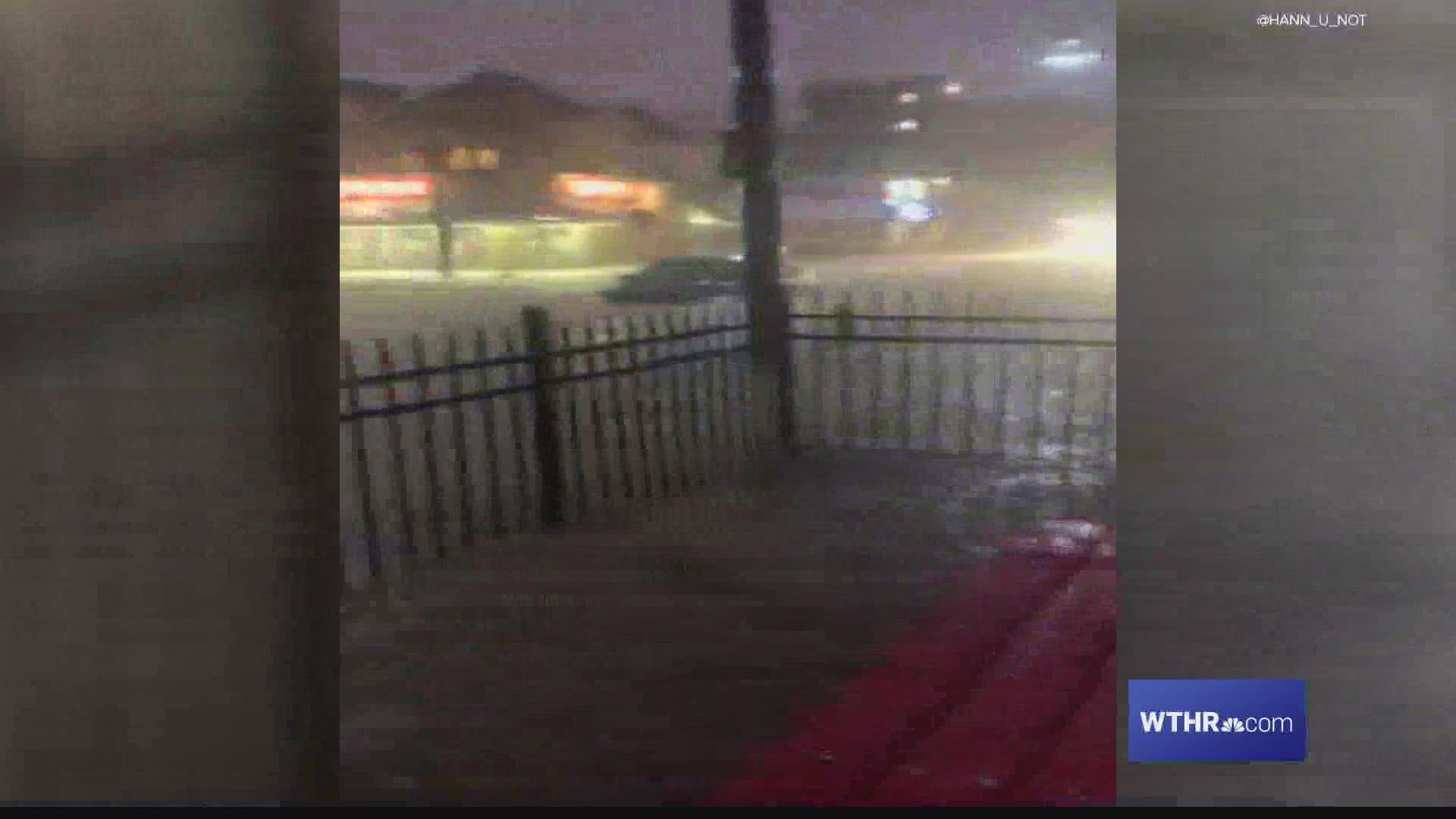 Monroe County Coroner Joani Shields identified the body as Colten Booe, 31. His body was found on the south side of the city, approximately 25 blocks away from the area where a witness said he first drove into floodwaters.

The brother told police he had been attempting to find his brother at various locations but had been unsuccessful.

Investigators were able to determine that Booe and a friend were headed south on College Avenue in a 2016 Nissan Versa during Friday night's heavy rainstorm. The 29-year-old friend told investigators that the Booe was driving through the rushing water when the car began to drift and eventually collided with an unknown object.

The friend said he climbed out of the open passenger window and was immediately dragged underwater for several seconds. He was eventually able to grab tree branches and pulled himself from the water, but never saw Booe or the vehicle again.

The man contacted a family member to pick him up and he went to a hospital for treatment of several injuries.

Once they received word Booe was missing, officers began checking the banks of the flooded creek and located the Nissan Versa at approximately 8:45 a.m. Saturday on its side in water in Switchyard Park. A State Police diver checked the vehicle but Booe was not inside it and was not located in the park.

An autopsy has been scheduled for Monday, June 21, to determine Booe’s cause of death.