Dr. Tara Holloran isn’t sure where her mom picked up the virus, but said it’s a cautionary tale for others who think getting the first dose of the vaccine is enough. 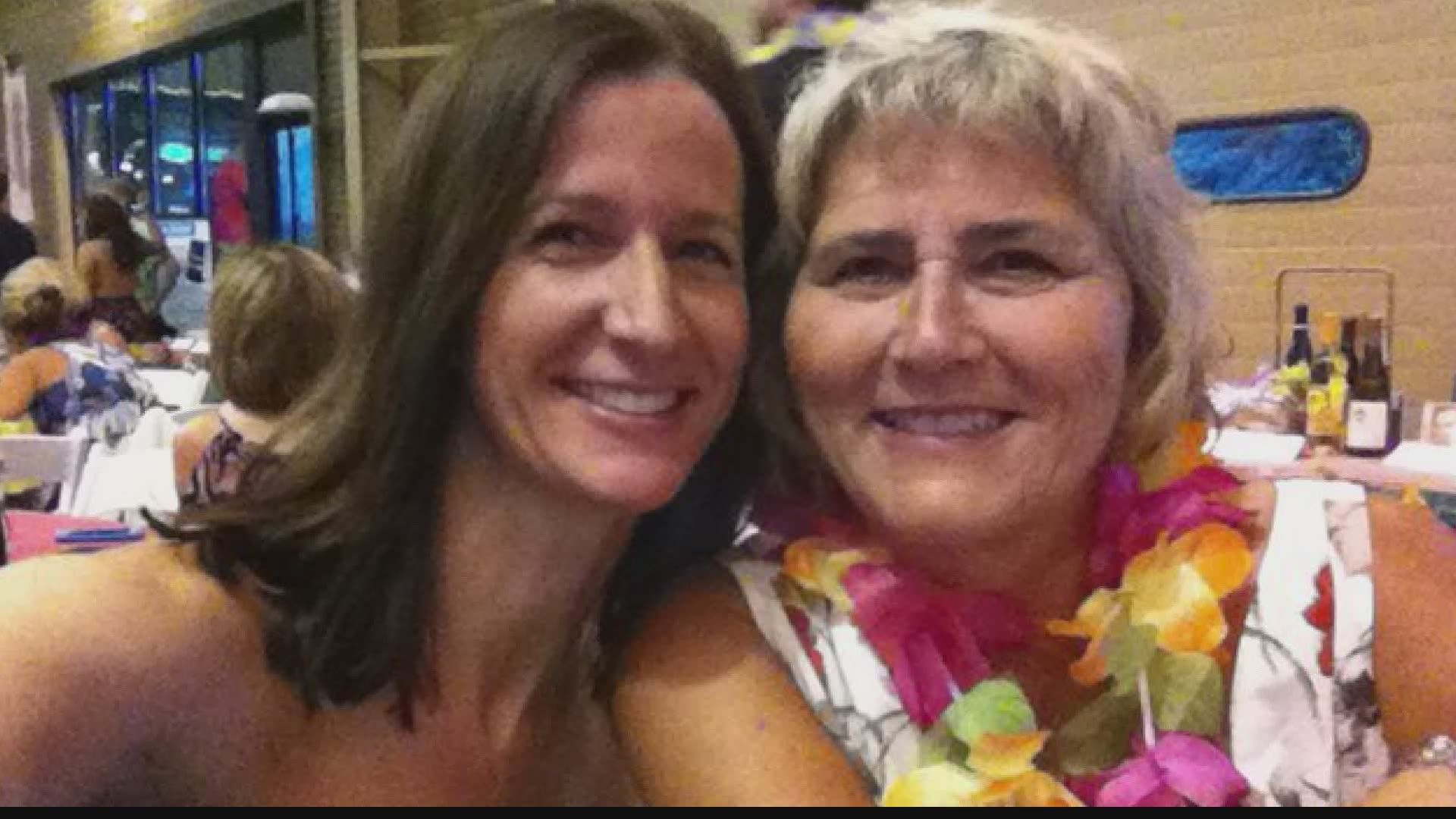 INDIANAPOLIS — Growing up, Dr. Tara Holloran thought her mom, Gwen, could do anything.

“We lost my dad when I was young, when I was six and my brother was nine, so she kind of had to take over and do everything and she just did it amazingly well,” Holloran said.

Holloran, a pediatrician at IU Health Riley Hospital for Children, admired her even more after her mom survived a battle with breast cancer just a few years ago.

“She’s had a lot of big hurdles in her life and she always marched through,” Holloran said. "She seemed invincible to me. I know as a physician that seems silly, but as her daughter, I saw her as supermom.”

Which is why Holloran never expected that a year into the global pandemic, her own mother would die from COVID-19.

“I didn’t think it would be her, after watching the way she handled breast cancer treatments. I felt like she was invincible,” Holloran said, explaining that her mom got her first dose of vaccine early last month and was waiting for her second shot when she got COVID-19.

“I wasn’t aware she was ill until several days into her sickness,” said Holloran. "Even then, she minimized it to me because she wanted me to still go on my trip.”

As Holloran was about to get on a flight for spring break, she asked friends to check on her mom because she wasn’t replying to texts.

“I thought that worse-case scenario they would say, ‘You know, she’s sicker than she told you and we’re going to make her go to the hospital and she’s really ticked off because she doesn’t want to go to the hospital, but we’re making her go,’” Holloran said.

Nothing could have prepared her for the news her friends delivered.

“It was not on my radar at all that they would find her gone,” said Holloran.

Holloran isn’t sure where her mom picked up the virus, but said it’s a cautionary tale for others who think getting the first dose of the vaccine is enough protection.

“I think it’s important that people do understand it’s not a magic bullet, as soon as it goes in your arm, you’re all of a sudden safe, that they have to keep taking precautions and go back for that second dose,” she said.

It’s something Tara’s mom never got the chance to do. That’s why this daughter is sharing her mom’s story, hoping it can keep someone else from getting sick, or worse.

“I feel like losing her is a loss for not just our family but the community, and if there’s anything that we can learn from it and anything we can share from it, I think she’d appreciate that,” said Holloran.