After failing to get answers about their son's fall curriculum, the family filed a complaint with the Department of Education. 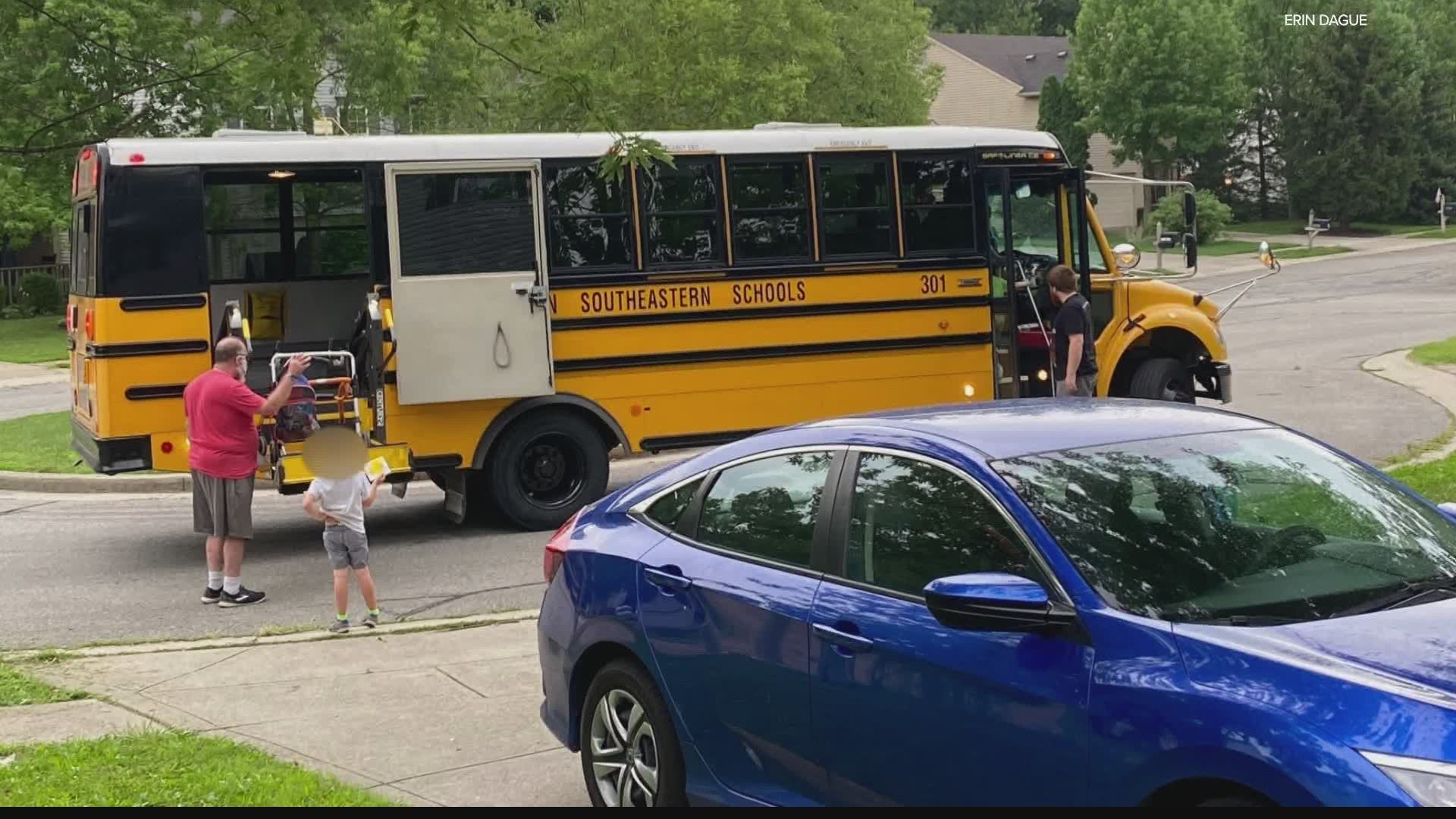 FISHERS, Ind. — 10 year-old Dillon Dague may not be able to tell you with words how much he missed school after COVID-19 hit last spring, but his actions said it all.

“He would sit by the front door and wait for the bus and the bus wouldn’t come. He was just really struggling,” said Dillon’s mom, Erin.

“He’s non-verbal and requires pretty much 24-hour assistance,” Erin said.
He gets it at home with parents and a team of teachers and therapists at his Hamilton Southeastern elementary school.

“It’s something that’s truly priceless that we can’t replicate at home,” said Erin.

That’s why when the Dagues learned a few weeks ago the district was going to virtual learning at least until Labor Day, they knew that wouldn’t work for Dillon after trying it last spring.

“Truly, it was a disaster,” said Erin.

The Dagues say they repeatedly reached out to the district looking for answers about Dillon’s fall curriculum and got nowhere, so they filed a complaint with the Indiana Department of Education.

“We do believe strongly he will get left behind and he will regress in ways he might not recover from if we don’t get him back in school,” Erin said.

The district couldn’t comment on the Dague’s case but said they sent a letter to parents of students with disabilities explaining they plan to hold meetings with parents to decide if virtual learning isn’t an option and they need in-person services.

“Right now, the district hasn’t committed to do any specific thing for any specific child,” said Tom Blessing, attorney for the Dagues.

Until that happens, the Dagues are moving forward with their complaint. They believe Dillon’s well-being depends on it.

“If we don’t stand up and say, ‘Hey, don’t forget about him’ he will be forgotten and we, as parents, couldn’t let that happen,” said Erin.