The hot dog eating champ is settled into his new home in Westfield. 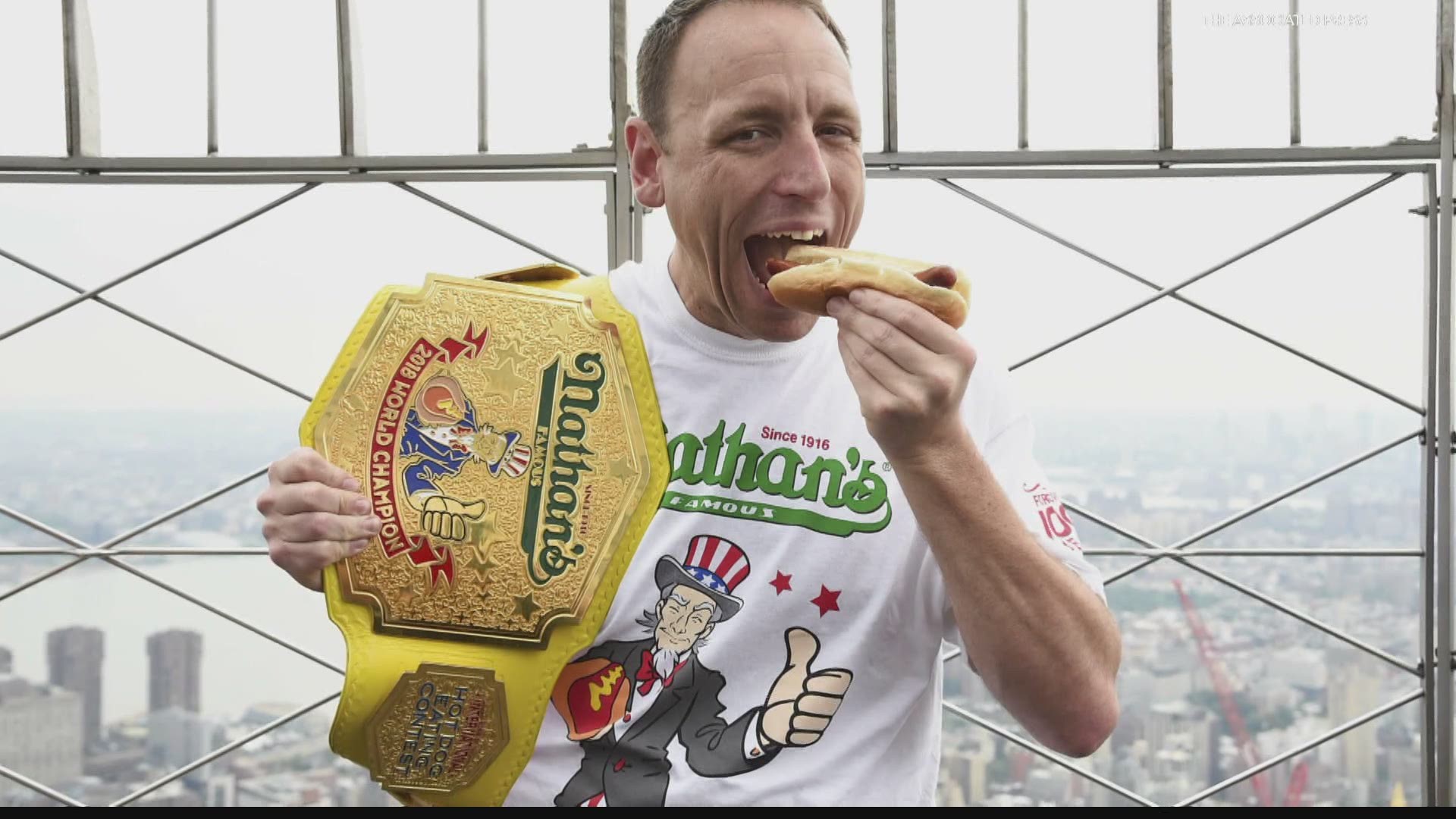 It's his 14th Nathan's Hot Dog Eating Championship and sixth in a row.

“There’s nothing better than being able to measure yourself and knowing like, ‘alright, I’m lining up against this guy and we’re trying our best,'" Chestnut said. "Guy or girl, and they can’t keep up.”

The champ is settled into his new home in Westfield.

“Everybody’s so nice," Chestnut said. "Hoosier hospitality is a real thing and the people who do recognize me, they love food, and they love to talk about the 4th of July. Those are things that I love.”

Since he moved here from San Jose in April, training for the Nathan's Hot Dog Eating Contest has taken up much of his time.

His practice contests sometimes produce even better numbers than what he gobbles down on the Fourth of July.

“I always try to break the record in practice so I know I can break it the day of the contest," Chestnut said. "The highest I went this year was 78.”

At 37, he seems to only be getting better.

“There’s quarterbacks that throw less interceptions when they get older and that’s it, I know my body better than ever," Chestnut said.

He still thinks back to the first eating competition he was in as a 21-year-old and how far he's come.

“Every day, every day," said Chestnut with a chuckle. "I mean, I’ve gone to Japan, Australia, Thailand, gone to France, tons of places just for eating and I get to meet happy people. I never imagined it.”