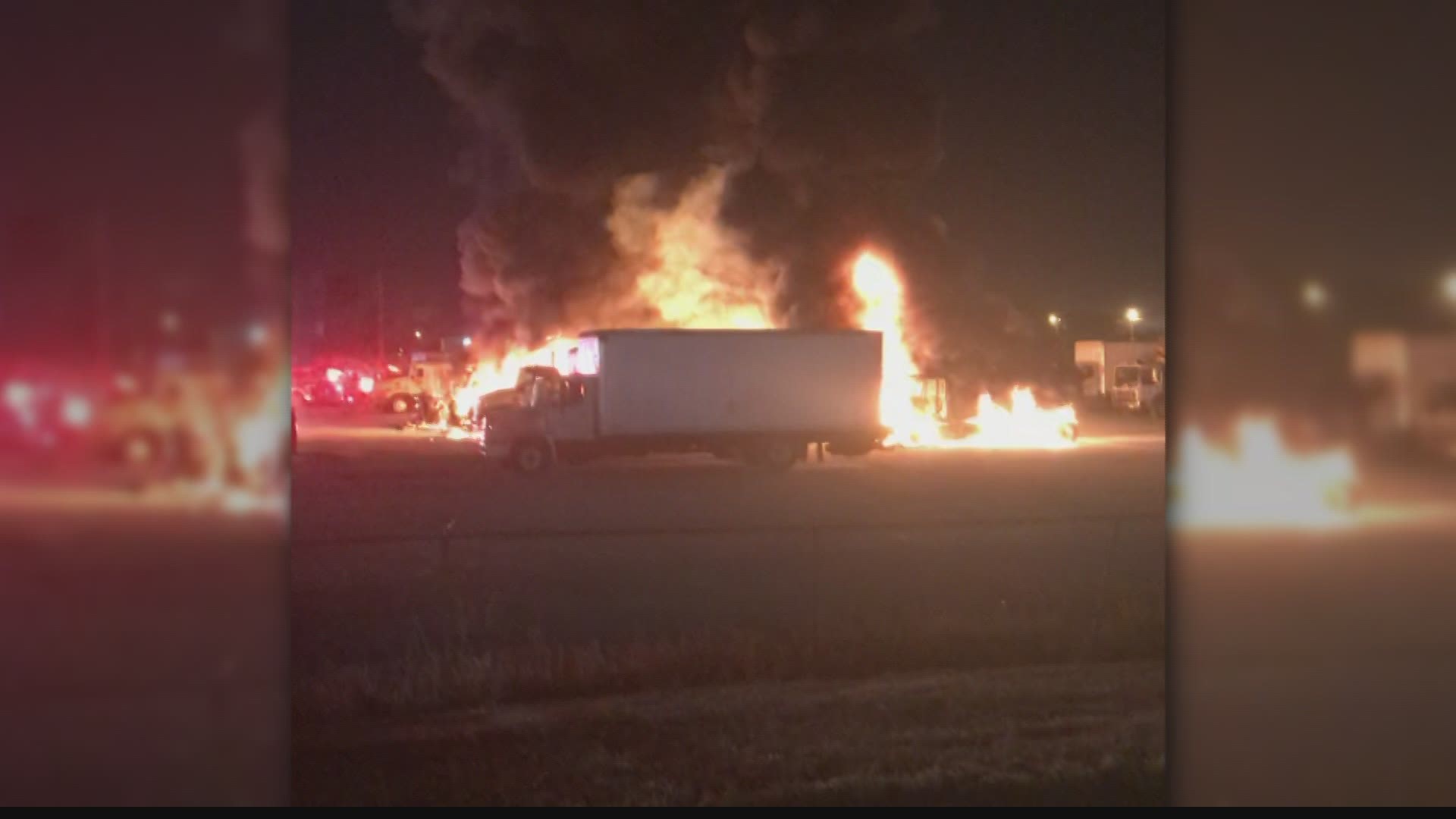 INDIANAPOLIS — An Indianapolis semi dealership is offering a reward for information into a large fire that damaged or destroyed nearly 20 semis.

Firefighters reported fires in multiple trucks in the parking lot of M&K Truck Centers on Harding Court just off Interstate 465 on the south side of Indianapolis Thursday morning.

The fires started before 4 a.m. and brought several engines and ladder trucks to the area, which is one of the city's hubs for truck stops and over-the-road trucking service and semi-trailer sales and maintenance.

A large black smoke plume was visible from a nearby INDOT camera.

Further investigation Thursday indicated the fires were intentionally set. In all, the company said 12 commercial vehicles have been declared a total loss, and seven others suffered extensive damage in the blaze.

Damages were estimated at $1 million.

In addition to the $1,000 reward offered by Crime Stoppers of Central Indiana for information leading to the arrest of a suspect in the arson, M&K Truck Centers is putting up a $30,000 reward of their own.

“It is devastating that this intentional ARSON occurred on our property today. We sincerely appreciate the rapid response of the Indianapolis Fire Department and that firefighters were able to get the fire under control quickly,” said M&K Truck Centers General Manager Ryan Fultz in a release.

Tips must be sent to Crime Stoppers by calling 317-262-TIPS, submitting a tip online at CrimeTips.org or via the P3tips mobile app. People who share tips with Crime Stoppers will remain anonymous.

Traffic on I-465 was not affected.