Uncertainty from the pandemic and the country's civil unrest contribute to the rise in gun ownership. 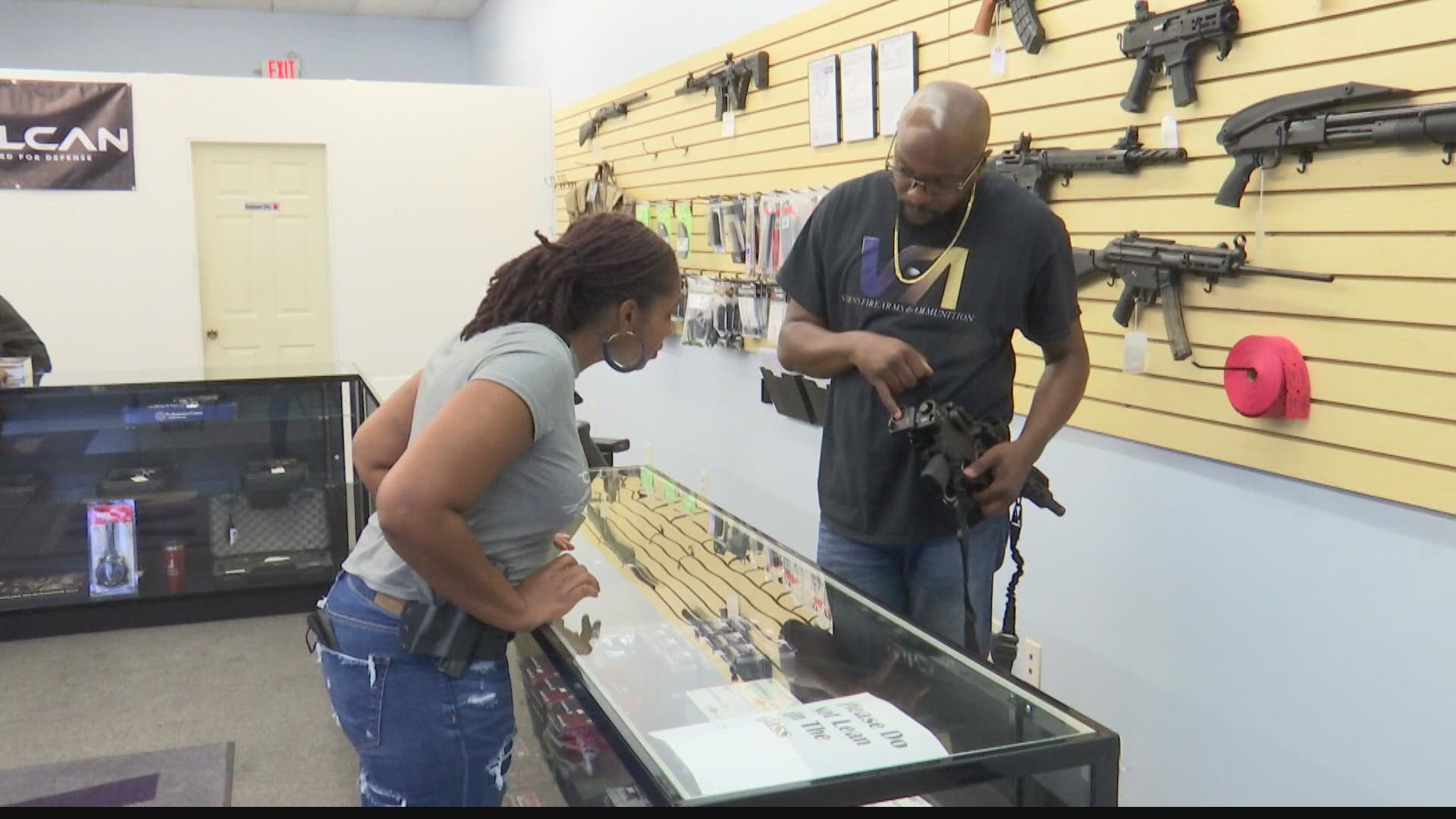 In the first six months of 2021, nearly 87% of gun stores nationwide had an increase in African American women buying firearms, according to the National Shooting Sports Foundation. Hoosiers are following the trend, too.

Vaden's Firearms & Ammunition, located on the city's east side, has been in business for almost six months. Owner Ryan Vaden said he has already seen a huge increase in sales, especially among black women. Vaden said six out of ten of his in-store customers are Black women as well as 90% of his out of state sales. Many of them first time gun owners. It's all part of a national trend.

Vaden's Firearms & Ammunition has seen such an increase in women buyers that some guns are frequently out of stock.

One of Vaden's customers, Mildred Willis, said it's all about empowering women.

"We just want to be able to protect ourselves and protect our children so we can be around," said Willis.

She said the uncertainty from the pandemic and the country's civil unrest all play a major factor for many women wanting to purchase guns.

"When you are being targeted—you hear stories like Breonna Taylor and Sandra Bland—and you have these incidents going on all across the country. You want to know you have at least a chance of survival because some people are radical," said Willis.

Willis said she would suggest all women educate themselves on gun safety and how to exercise their rights.

"Everybody deserves an opportunity to protect themselves and their homes," said Willis. "They should not be afraid to learn about guns or even own a gun."