Marine Cpl. Humberto Sanchez was laid to rest Tuesday after a funeral in Logansport. 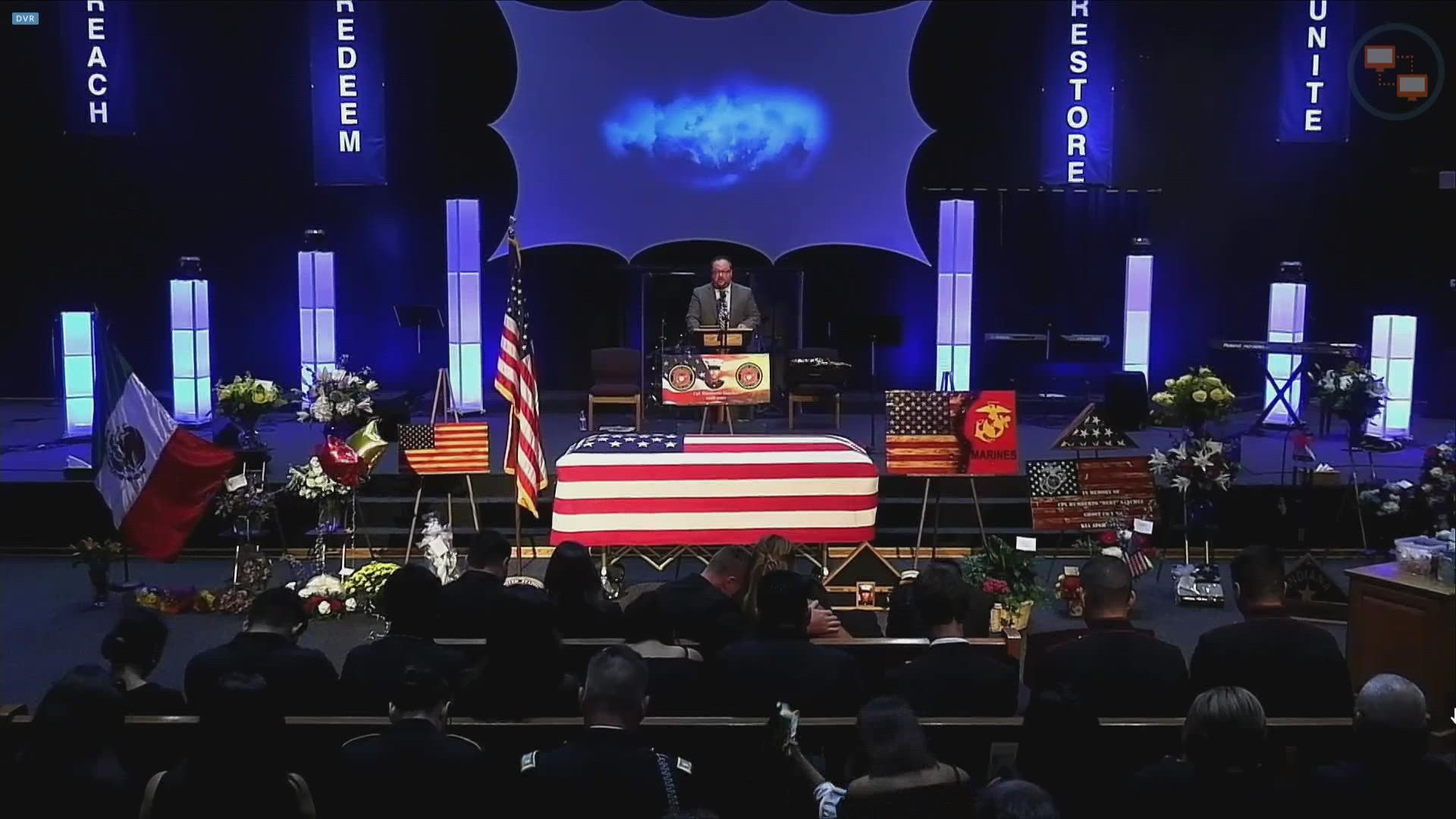 LOGANSPORT, Ind. — An Indiana Marine who was among 13 service members killed in an attack on the Kabul airport was laid to rest Tuesday.

Cpl. Humberto Sanchez was buried with full military graveside rites at Mount Hope Cemetery in his native Logansport after a service at LifeGate Church.

"He gave his life defending innocent civilians fleeing from the chaos that had become Afghanistan," said former Vice President Mike Pence. "He specifically stood his post aiding vulnerable adults and children at the airport fleeing for safety."

"He knew what he signed up for and it did not deter him," said Gov. Eric Holcomb. "And those who knew him, and raised him, couldn't have been prouder."

Thousands of people turned out on Sunday, Sept. 12, as Sanchez was brought home from Grissom Air Force Base through the streets of Logansport to LifeGate Church. State police again encouraged the public to line the procession route to pay their final respects to the fallen Marine.

Sanchez and 12 other service members were killed in the Aug. 26 attack. On Monday, Navy Corpsman Maxton William Soviak and U.S. Marines Sgt. Johanny Pichardo were laid to rest in Ohio and Massachusetts, respectively. A funeral for Marine Lance Corporal Jared Schmitz will be held Thursday in Missouri.