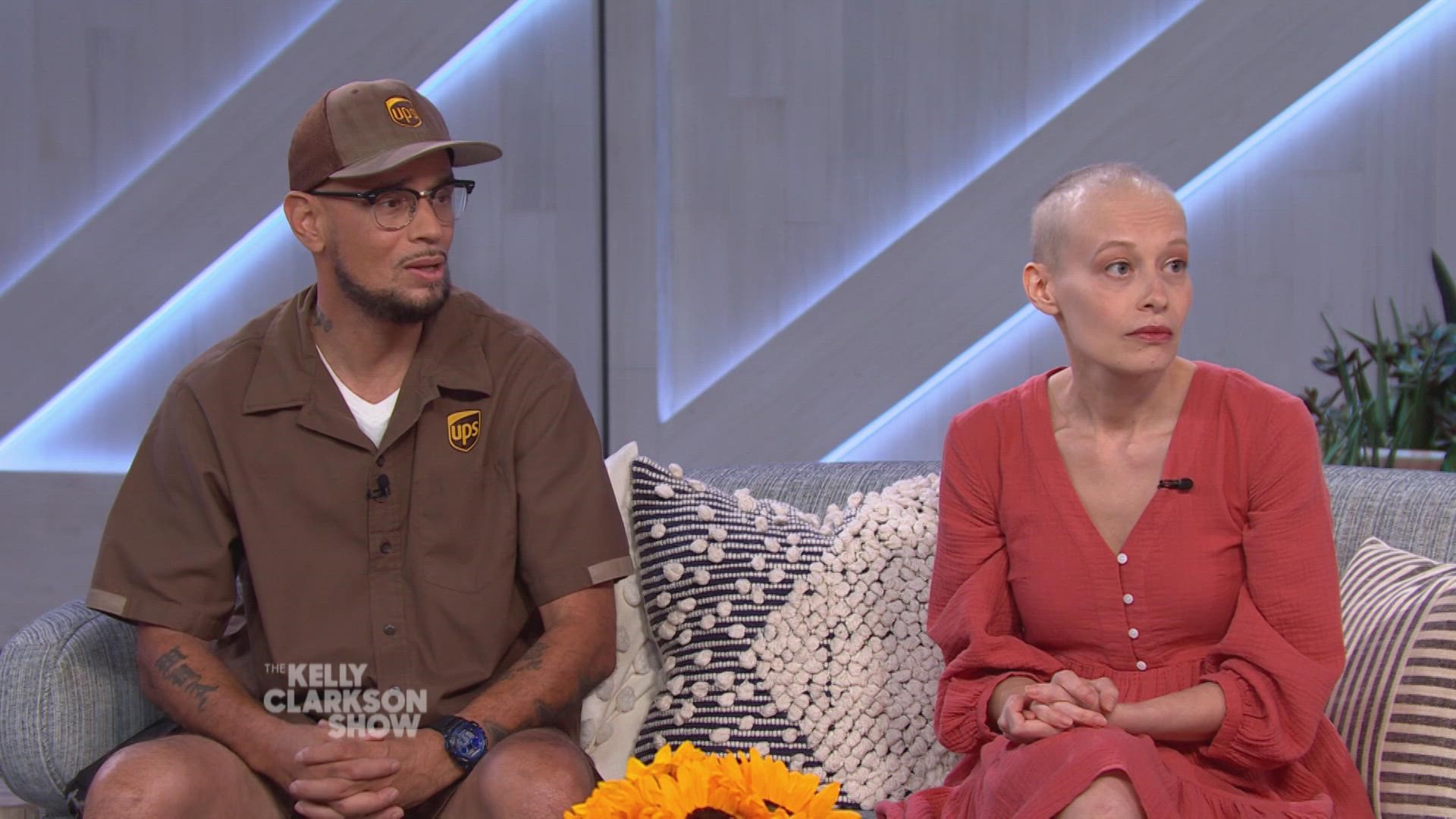 INDIANAPOLIS — An Indianapolis native will be on "The Kelly Clarkson Show" Thursday, Oct. 7 to share the heartwarming story about an unlikely friend she made while she was battling cancer.

Allie Olson was diagnosed with a rare form of breast cancer. The Indianapolis native, who now lives in Brooklyn, New York, found support in her UPS delivery driver, Al Rodriguez.

He became her friend, a positive light and mentor during her fight to beat cancer.

Rodriguez knew exactly what she was going through because he had been in her shoes, twice having battled cancer and won.

Being a cancer survivor himself, Rodriguez did something special for Olson: He would include letters of inspiration with her packages and bring them up to her door.

Credit: "The Kelly Clarkson Show"
Indianapolis native Allie Olson hugs her UPS driver Al Rodriguez who has provided her support as she battles a rare form of breast cancer.

When she wasn't home, he would write her notes of support, telling her to have a great day and reminding her that she could get through this.

While Olson said these efforts were extremely encouraging, she said the nicest thing he did was be there for her mentally and emotionally, making sure she never felt alone.

"He would say, 'How was chemo today? How are you feeling today?' and I could be really real and honest and be like, "I'm not having the best day' or 'I feel great today,' and he knew what it was like," Olson said. "And he didn't survive it once, but he survived it twice, so here we have this living proof, and I could just open my door and see Al there."

Rodriguez came into her life at the perfect time.

Olson's family still lives in Indianapolis and when she was diagnosed, they — like any family — wanted her to come home to stay with them.

"Of course you want your mom to take care of you, but I had to think long and hard about it," Olson said.

Ultimately, she decided remaining in Brooklyn was the best decision for her health.

"I had this incredible team of doctors in New York that knew my case so well, and I just had to stay there," Olson said.

But luck was on her side when she met Rodriguez.

"The best thing that could happen was having this person knock on my door who could check on me, who could applaud for me, who could leave me little notes when I wasn't there when I came back from chemo, and it would just be like 'I hope you had a great day,'" Olson said.

Olson kept all of those notes on her self-described "keep going" wall for encouragement.

"So when I go to bed and when I wake up, I can see the reasons to keep going," Olson said.