After seeing a woman with her wheelchair caught in the light rail track, Ken Westbrook jumped into action. 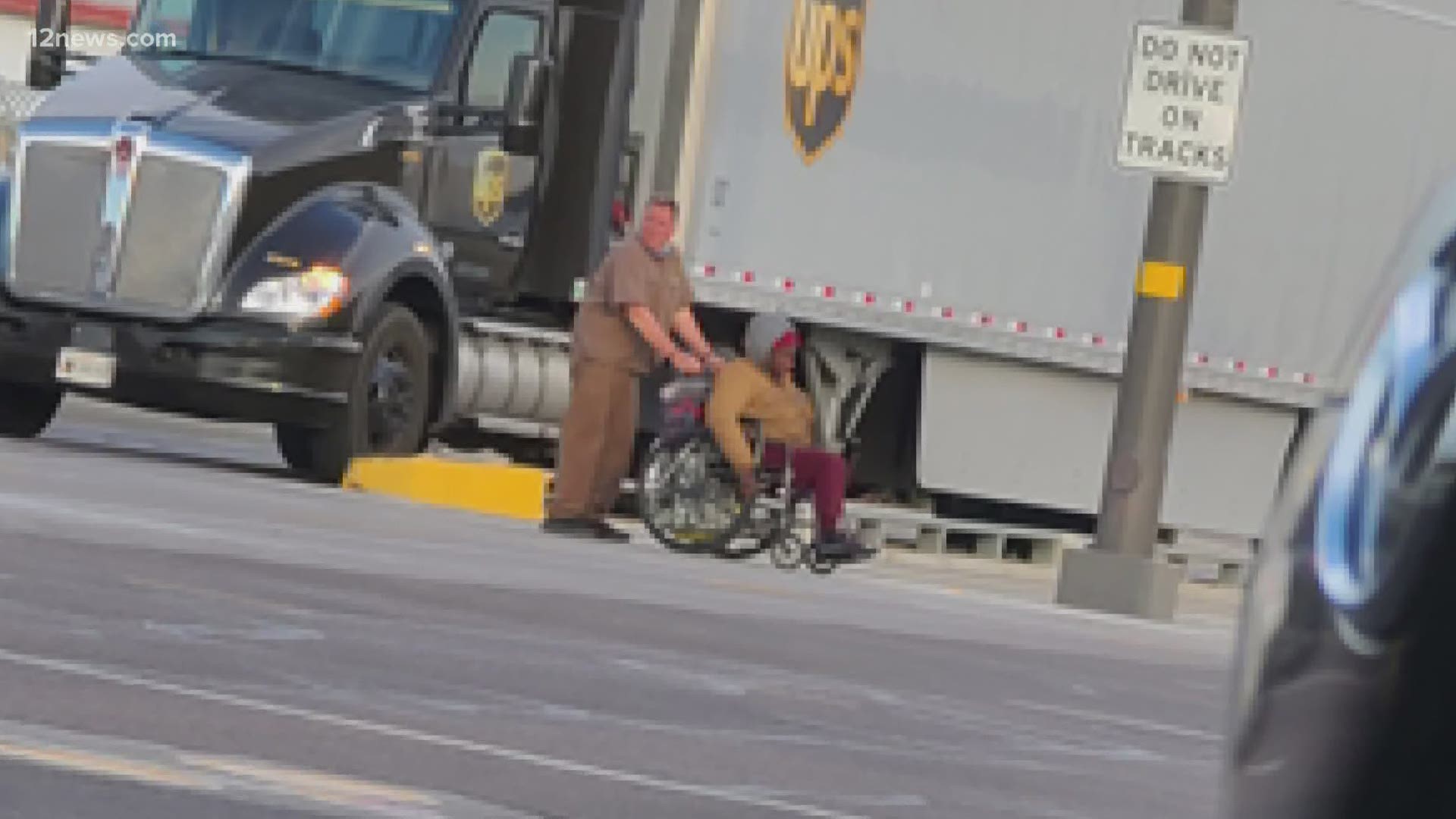 PHOENIX — After nearly 40 years with UPS, Ken Westbrook experienced something brand new while on the job.

A woman in a wheelchair was trying to cross the street near 32nd and Washington streets in Phoenix when she got stuck on the light rail tracks.

Westbrook was stopped in his big rig, ready to turn left when he got out of the cab to help her unhitch the wheels and push her safely.

Another pedestrian caddy-corner to the incident captured the image of Westbrook's actions and shared the kind gesture on social media.

"I treat others the way I would want to be treated and if that was my mother, or my sister, or a neighbor or an aunt, I would want them to do the same for me," said Westbrook.