Indiana University is getting federal investigators involved after someone put up white supremacist fliers all around its Bloomington campus. 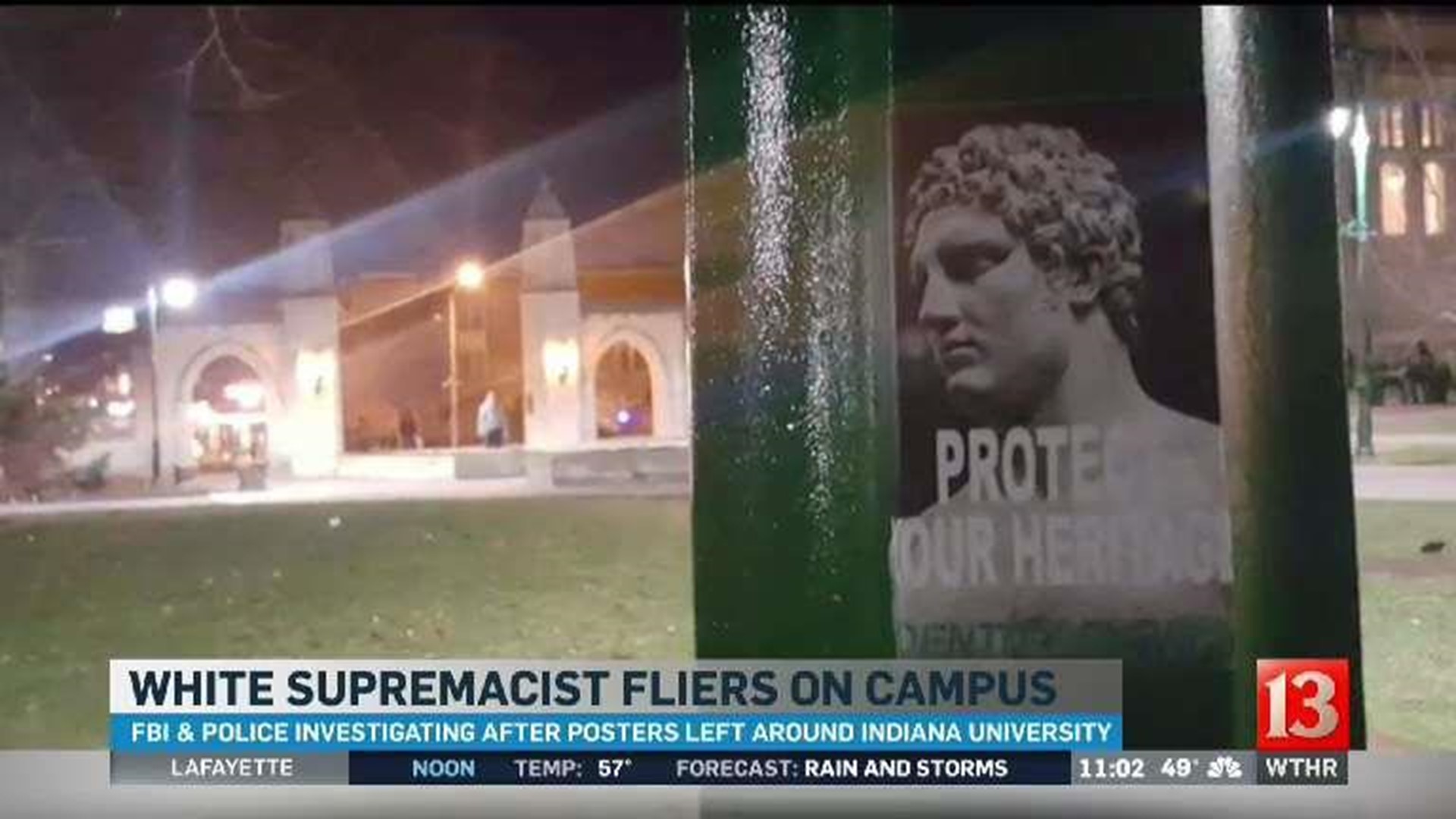 BLOOMINGTON, Ind. (WTHR) - Indiana University is getting federal investigators involved after someone put up white supremacist fliers all around its Bloomington campus.

The group that's taking credit for posting them says it's done the same thing at colleges and universities across the country.

IU students woke up Monday to find some of their peers and educators seemingly targeted by hate.

They were posted outside and also in the university's law school, along with the building housing several ethnic studies programs.

A group called Identity Europa, which expresses a white supremacist platform and describes itself as a "generation of awakened Europeans" claimed in a tweet it was responsible.

"While you watched the Super Bowl, Identity Europa took to Indiana University's campus to advocate for our people," the tweet read.

"It might sound cynical or something, but I didn't have a heavy gut reaction of hurt or pain. It was kind of like, 'ok, this is what's happening today' because it's not that new," said IU graduate student Andrea M. Sterling, who is also the president of the university's Black Graduate Students Association.

"I was called a monkey on the streets of Bloomington, that was from students. They were clearly undergraduates," said Sterling.

Sterling first learned about the fliers on social media but says not everyone was aware.

"There are whole groups of people on this campus who have no idea that this happened, but then you also have groups who feel deeply hurt and deeply affected and deeply targeted," she said.

"Earlier today, I learned of flyers posted on our campus by a group that identifies itself with white supremacy, and which claims in its social media to have posted similar flyers at as many as 30 universities across the country, including universities in California, Texas, Illinois, Washington, Georgia, and Massachusetts. Posted under cover of darkness, targeting the office doors of faculty members of color or scholars of race and ethnicity, these flyers were clearly meant to intimidate, threaten, scare, and provoke anger among faculty, staff, students and visitors.

The university is working with the police and has notified the Federal Bureau of Investigation.

I urge the campus community immediately to report any acts of this type by calling the IU Police Department at 812.855.4111 or filing a Bias Incident Report.

Our university rejects all forms of racism, bigotry, and discrimination. These are in direct conflict with our core values and simply will not be tolerated. Our campus unequivocally rejects the cowardice and ugliness that this group's action represents.

We stand together as a community in the face of this abhorrent action. We will not be divided by cowards. This is a university. We discuss ideas in the full light of day. We are, and will remain, one IU. "

"People from all over the world go to school here and commune together and are very collegial and we can't have that kind of hatred," said Linda Abel, a second lnguage studies professor.

Sterling said it starts with concrete steps from the university to change a culture where many IU students were not even aware of the fliers or why they were a problem.

"We need to be able to feel supported all of the time in private spaces and in public," said Sterling.

"This should be something everyone on the campus knows about. It should be a source of shame when there are students who don't know what's happening," Sterling added.