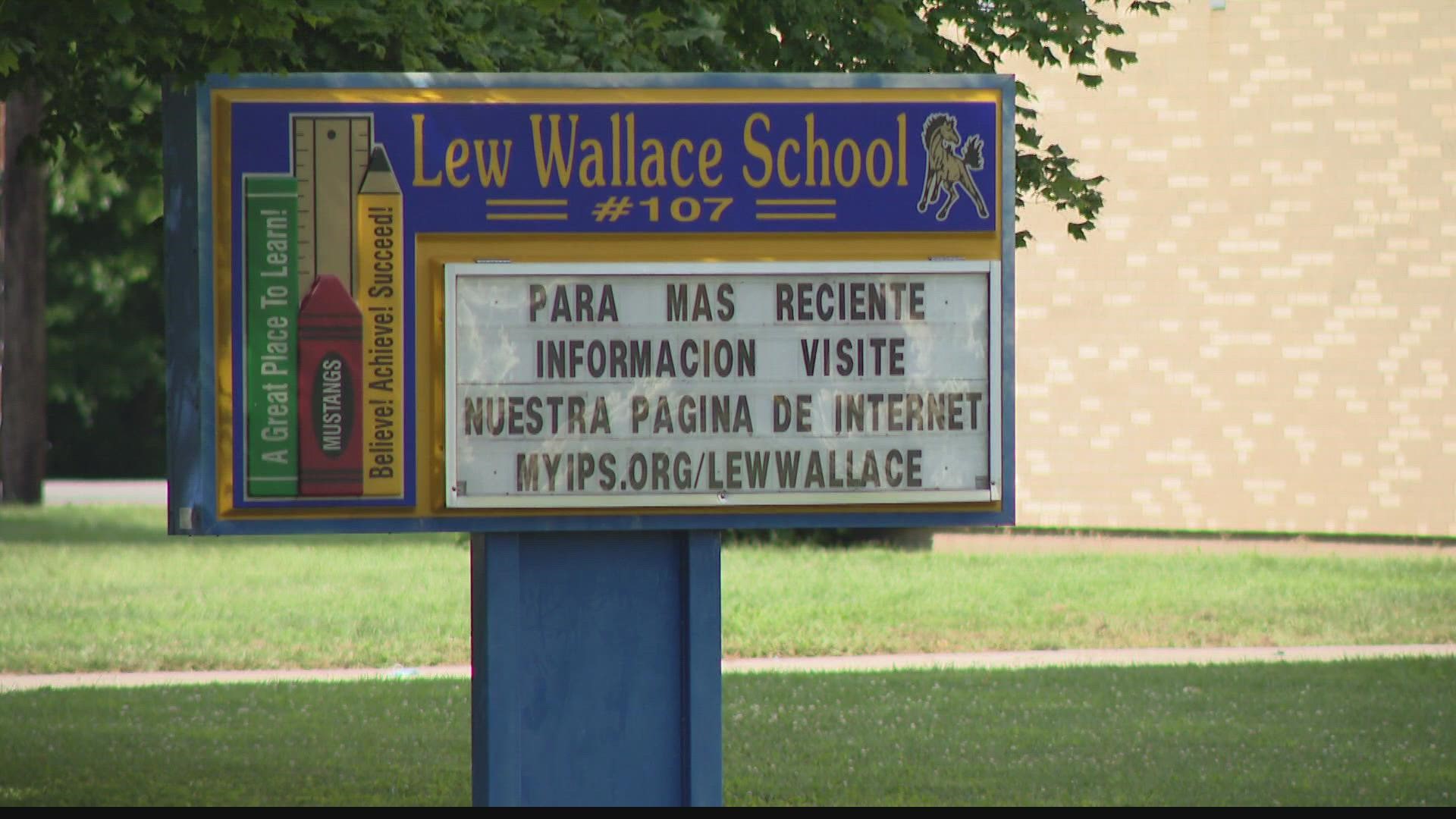 Now, 61 fourth graders are quarantined, doing e-learning from home for the next two weeks.

“The only thing I know about COVID, it’s serious,” said dad Kevin Blue.

And that’s all he and his wife Adriana need to know to be OK with the quarantine of some students announced Wednesday because of COVID exposure.

Instead, dozens of fourth graders will stay home but continue classes online.

The Blues say so far, their three kids - two boys and a girl - who go to Lew Wallace aren’t affected.

IPS students are required to wear masks to school, something the Blues say their kids are used to by now.

So is rolling with the changes and challenges COVID has brought to everyone, including parents, who had to juggle work and e-learning during the pandemic.

“Luckily, we have employers that are nice and understanding because everybody is affected, so it’s not like it’s just something our family’s going through. Everybody’s going through it,” Blue added.

And for the Blues and parents like them, it’s been more than year of uncertainty about what tomorrow would bring.

Their response has been to close ranks and protect their kids, now more than ever.

“So many different dangers and terrors that, as a parent nowadays, you really just got to keep your arms around them. That’s what we do,” said Blue.

As kids head back to school and the delta variant continues to spread, hospitals are also seeing an increase in cases among young children.

According to the American Academy of Pediatrics and the Children's Hospital Association, nearly 72,000 new pediatric cases were reported last week. That’s compared to roughly 39,000 cases reported the week before, which is 84 percent jump.

As of late July, about 4.2 million children tested positive for COVID. Children and teens now represent 19 percent of reported cases, but experts say the number of hospitalizations remains low.