Indy streets and bars reopen Tuesday but with restrictions

Parts of Broad Ripple Avenue and Mass Ave that have been closed to traffic since Memorial Day, reopen Tuesday morning. 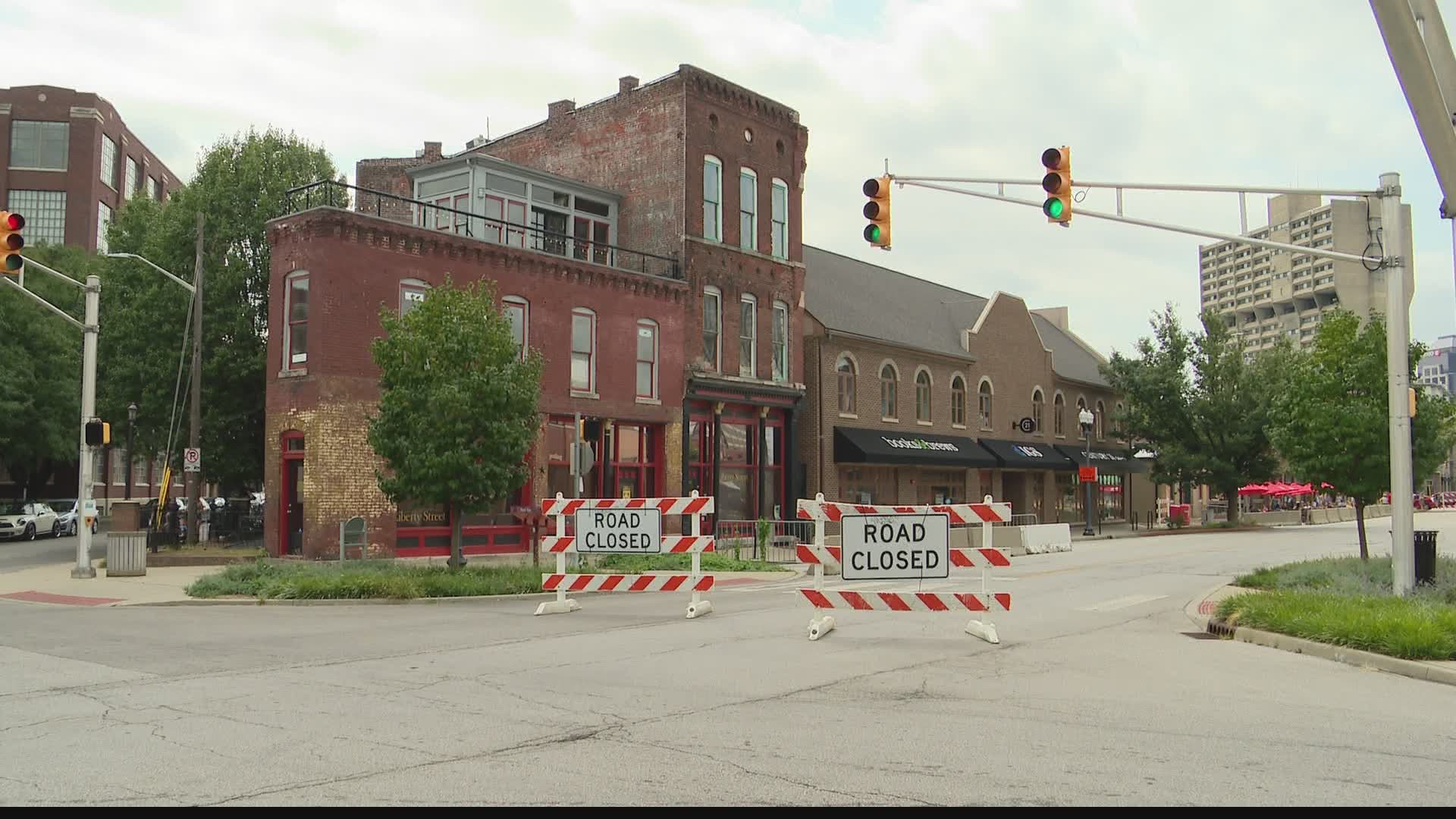 INDIANAPOLIS — Parts of Broad Ripple Avenue and Mass Ave that have been closed to traffic since Memorial Day, reopen Tuesday morning.

The streets were closed to help restaurant hurt by COVID-19 restrictions on indoor capacity, expand outdoor dining into the right-of-way.

Todd Moore, one of the owners of the Ripple Bagel Deli in Broad Ripple said initially, "a lot of people were on the fence... we were like, let's give it a try and it's actually been really good...We've been able to accommodate more customers and let people spread out."

Moore and others can apply for a permit to keep the parking space in front of their businesses blocked off through the end of October, but in Broad Ripple, the spaces are parallel, meaning they will lose the space they've had in the right-of-way.

Credit: Mary Milz
When Broad Ripple Ave reopens, restaurants and bars will lose the additional seating in the right-of-way.

"It's not as much space as we have now but it is a nice option," Moore said. "It gives us a couple more tables to let people wait outside or get something to go."

Also Tuesday, bars and nightclubs, closed since July 24, can reopen but with restrictions.

Live music and dancing is not allowed, nor is sitting at the bar. It's table service only with closing time of midnight at the latest.

Shawn Miller, who owns Dorman Street, a bar just west of Mass Ave, which has been around for 130 years, said he's glad bars can reopen but noted that Dorman Street "will never be back to normal until the pandemic is over. This is typically a standing room only, late-night bar. The people that come here, come here after midnight. Typically, they've been working until 11 or 12 o'clock at night at other venues."

"[Dorman Street] will not die under our watch, and I have a feeling this far will be here for many, many years," Miller said.

But Brad Klopfenstein, president of the Indiana Licensed Beverage Association fears many others will not survive.

''It's estimated by the end of the year, 10 to 15 percent of businesses open January 1st, will not exist," Klopfenstein said. "If this continues much longer, the neighborhood bar is going to be a thing of the past."

Klopfenstein said a lot of bars and nightclubs are built on dancing and live music.

"You just can't make money. It doesn't matter how much food and beverage you're serving, if that's not your business model, that won't work long-term," Klopfenstein said.