Teacher pay continues to be a source of debate at the Statehouse. 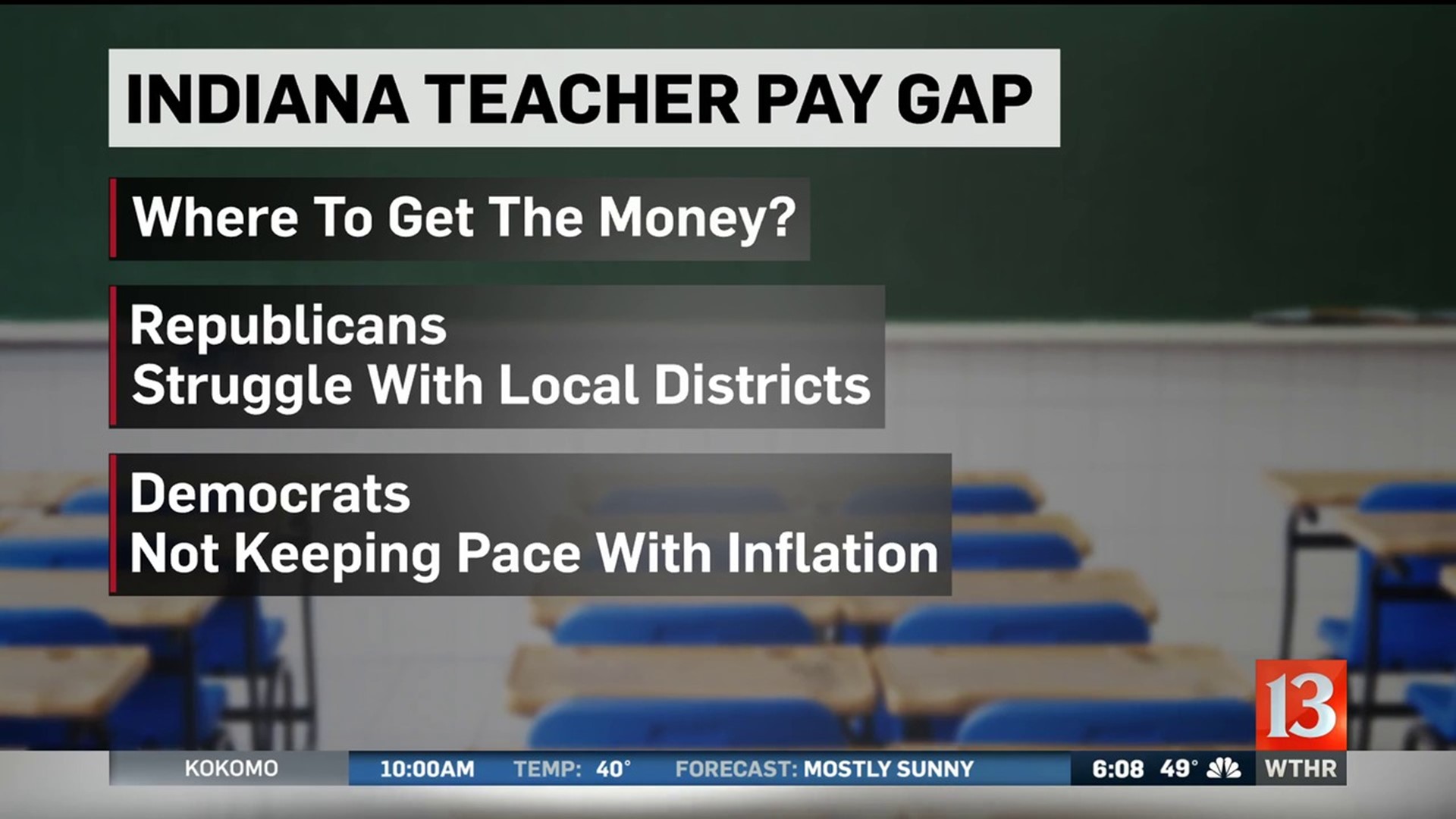 INDIANAPOLIS (WTHR) - Teacher pay continues to be a source of debate at the Statehouse.

Everyone seems to agree they want to give teachers more; the debate is over how to do it. Republicans say it's hard for the state to do much when teachers are paid by local districts; Democrats say the Republican-controlled legislature hasn't kept pace with inflation when it comes to the money they give back to local districts.

A new report from the Rockefeller Institute, the public policy research arm of the State University of New York, found that on average, Indiana teachers were only making $6,900 more a year in 2017 than they were in 2002. That was the smallest increase out of all 50 states and the District of Columbia. The highest was Alaska, where teachers saw an increase of $27,688 over the same 15 years.

In case you were wondering, that time frame spans the end of Democrats Frank O'Bannon and Joe Kernan's time as governor through Republicans Mitch Daniels and Mike Pence to the first year of Eric Holcomb's time in office.

The current budget making its way through the General Assembly provides a roughly 2 percent increase in local education funding each year for the next two years, which Gov. Holcomb has called on local districts to spend entirely on increasing teacher pay. It also takes $140 million in one-time money to pay off a teacher pension liability. That's expected to free up roughly one percent of local budget money each year, according to the Associated Press.