Only in Indiana: The great pumpkin

"This plant is a beast. It wants to grow, grow, grow," Dr. Steve Strickler said. 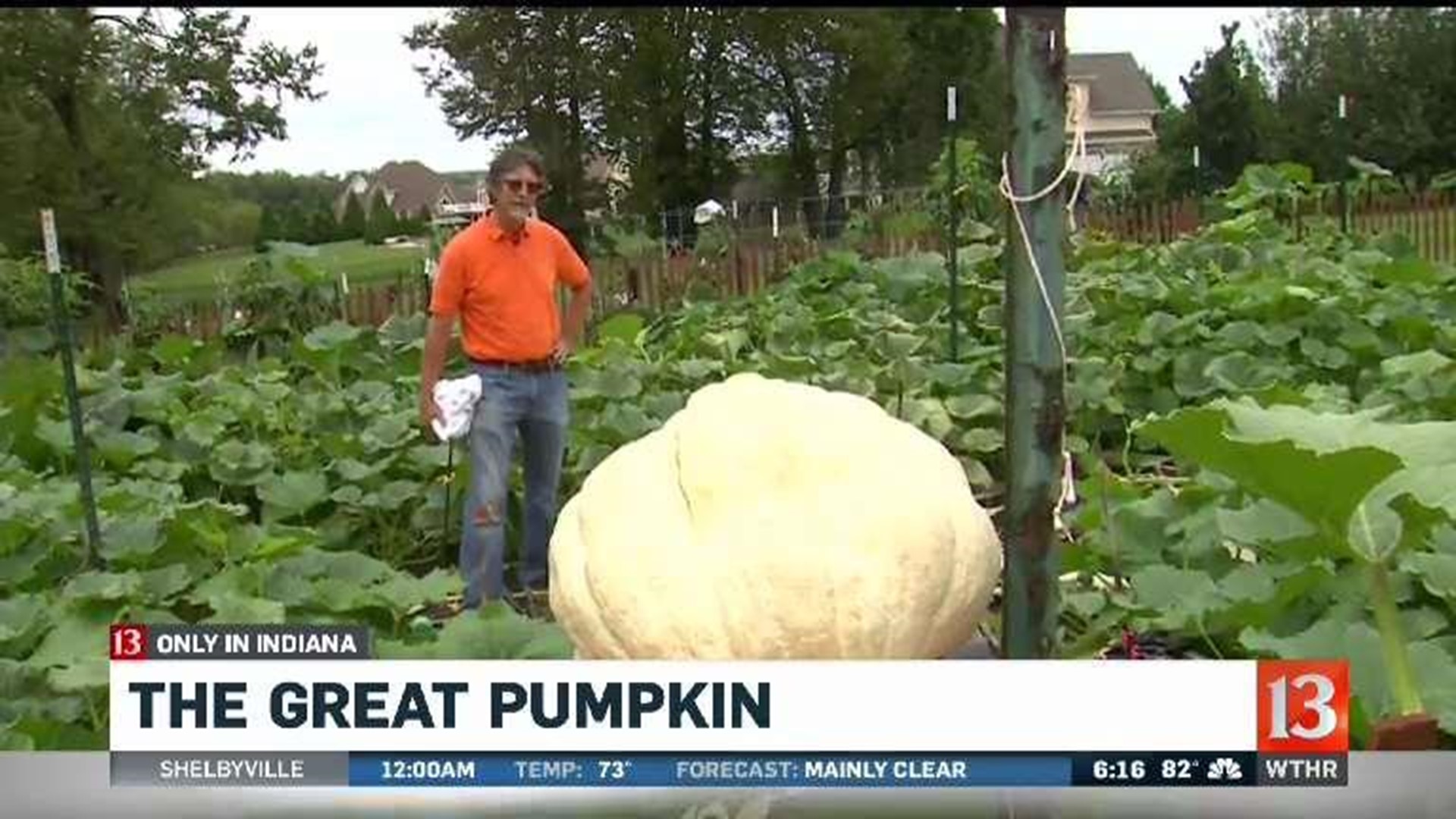 BLOOMINGTON, Ind. (WTHR) — It is that time of year where most of us want to put a pumpkin or squash on the porch. But we usually buy them.

If you wanted to find "The Great Pumpkin" Bloomington, Indiana, would most likely not be where you would look but Linus never met Dr. Steve Strickler.

"That is just a tablecloth. It's not big enough," he said as he pulled the table cloth away to reveal the pumpkin underneath.

"This Atlantic Giant Pumpkin is named Goliath," he said.

The pumpkin weighs 1,425 pounds. Taking this look from our drone gives you some perspective. It's takes a pen of 28 feet by 35 feet to contain the root system that enables Goliath to grow at an astonishing 39 pounds a day.

Dr. Strickler practiced diagnostic radiology for 33 years. He retired a year ago, and now is nursing along his crops.

Never mind the screens, the fans, and the irrigation system, the pruning is the killer. He compares it to playing Twister for 3 to 4 hours in 90-degree heat.

"On one day I might come out and cut a minimum 30 to 40 of these. The point is to somehow get it through the plants head that I want it to grow that not this," he said.

At some point you begin to realize this is more than just a hobby. It is a competition.

"It is a competitive thing. You meet people as you do this and compete with them but you also call them for problems and advice," he said.

In a September 29 competition Goliath took 2nd place. As it turns out Phil Groenewold from Dyer, Indiana took first place with an entry of 1,541 pounds. Dr. Strickler said it was also prettier.

But it's not just pumpkins.

"This is a great green squash," he said.

"The Indiana record is 914 pounds. This tapes out at 880 pounds, so we have a chance to get the state record with this one," Dr. Strickler said.

She is named Chonk.

Kevin Rader: What did your wife say when you started this?

Dr. Strickler: "Actually it was her idea. I have a boy who is a sophomore in college and he thinks I am nuts of course. We all think our parents are nuts but he might have a little more credibility. He might have a point," he said in a neighborhood where most people only want to grow a nice lawn.

Dr. Strickler wants to grow something bigger than himself, literally.