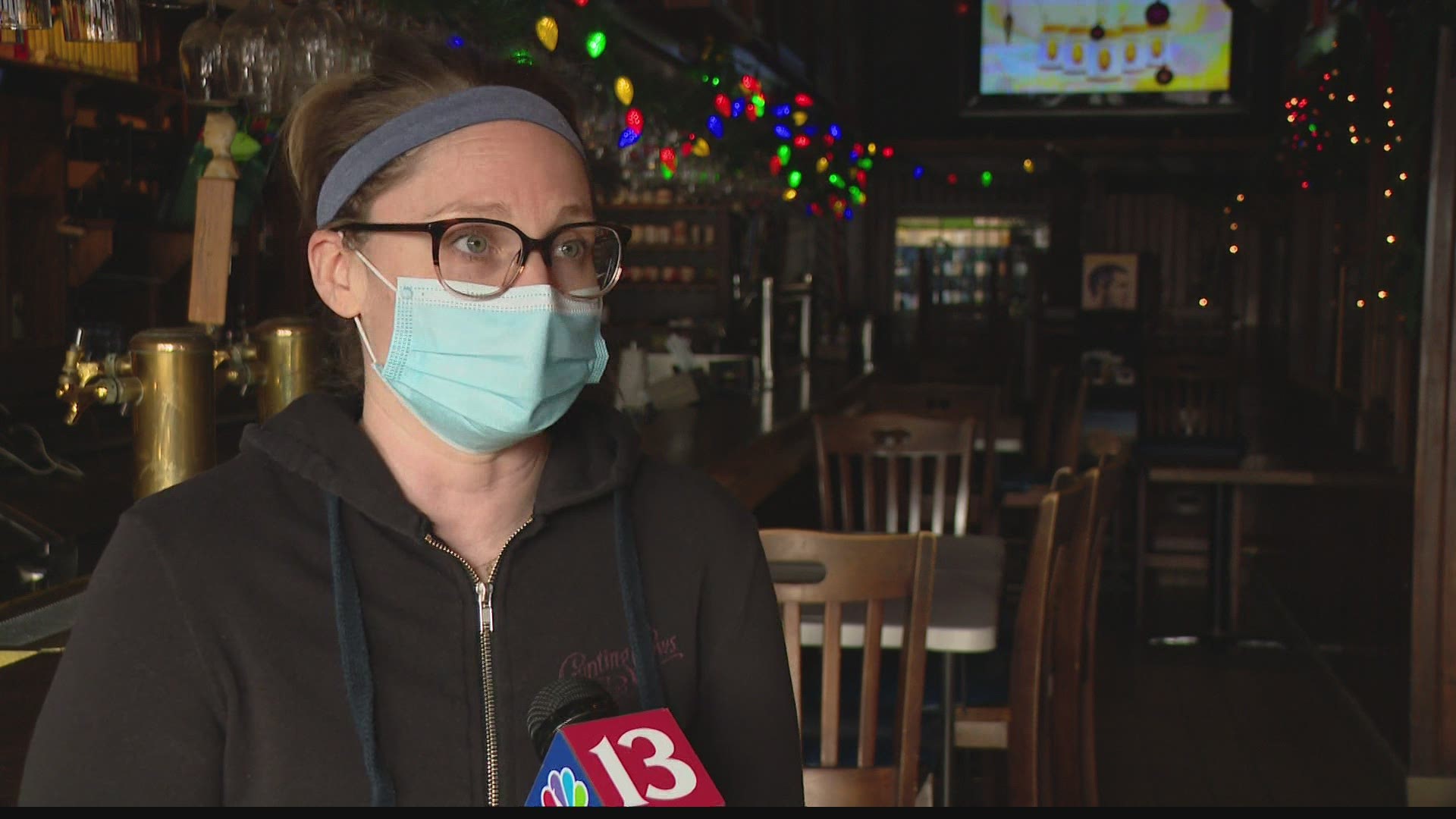 INDIANAPOLIS — It's been an incredibly tough 10 months for so many people and so many businesses struggling to stay open. How do you stay positive?

Chelsea Wetzel, who co-owns Union Jack Pub in Broad Ripple, said she's found herself pondering that a lot, especially over the last week.

"I was just watching the news and paying attention to social media, and all the things were so heavy," Wetzel said. "I mean, the pandemic is raging, and we're e-learning with our kids, and politics are out of control."

She said she kept asking herself what's the one thing she could do she has control over and thought, "kindness. I have control of kindness, and it starts with individual acts of kindness."

So, Wetzel posted a challenge on social media, which read, in part, "We each have the power every single day to make positive change, however small. I also know a lot of small acts of kindness can create a ripple effect."

She went on to say, "the next time you do something kind: donate clothes, buy coffee for a teacher, donate blood...make a post about it and tag us or comment here."

Credit: WTHR
Chelsea Wetzel is rewarding her customers at Union Jack Pub in Broad Ripple for their acts of kindness.

Wetzel said she wanted them to post what they were doing to inspire others, and she hoped to further motivate them with $5 off their next meal at the Union Jack.

She said the response since posting Monday was overwhelmingly positive and heartwarming.

"People are donating food to chemo patients or food banks or going shopping for elderly neighbors," she said. "It's just so wonderful to know there's so much good in the world."

Robert Shula and his mother, Gaye, a retired teacher, and he are regular customers. While they weren't initially aware of the effort, Robert said, "Paying it forward is always a good thing. In fact, I gave blood yesterday. I wasn't aware of the promo, but I think it's fantastic."

"There's never enough kindness to go around. Right now, we all need to step it up a little bit, double up and think of others," Gaye said.

Wetzel said those wanting to participate can post what they did on social media, tag Union Jack (with the hashtag #UJPactsofkindness) and share with the server for a $5 discount on a meal, whether it's dine-in or carry-out.

She said she she plans to continue the effort "as long as it's working and we can afford it."