Arrow McLaren SP and their team sponsors said part of their mission is to give back to the community and cars are part of their brand. 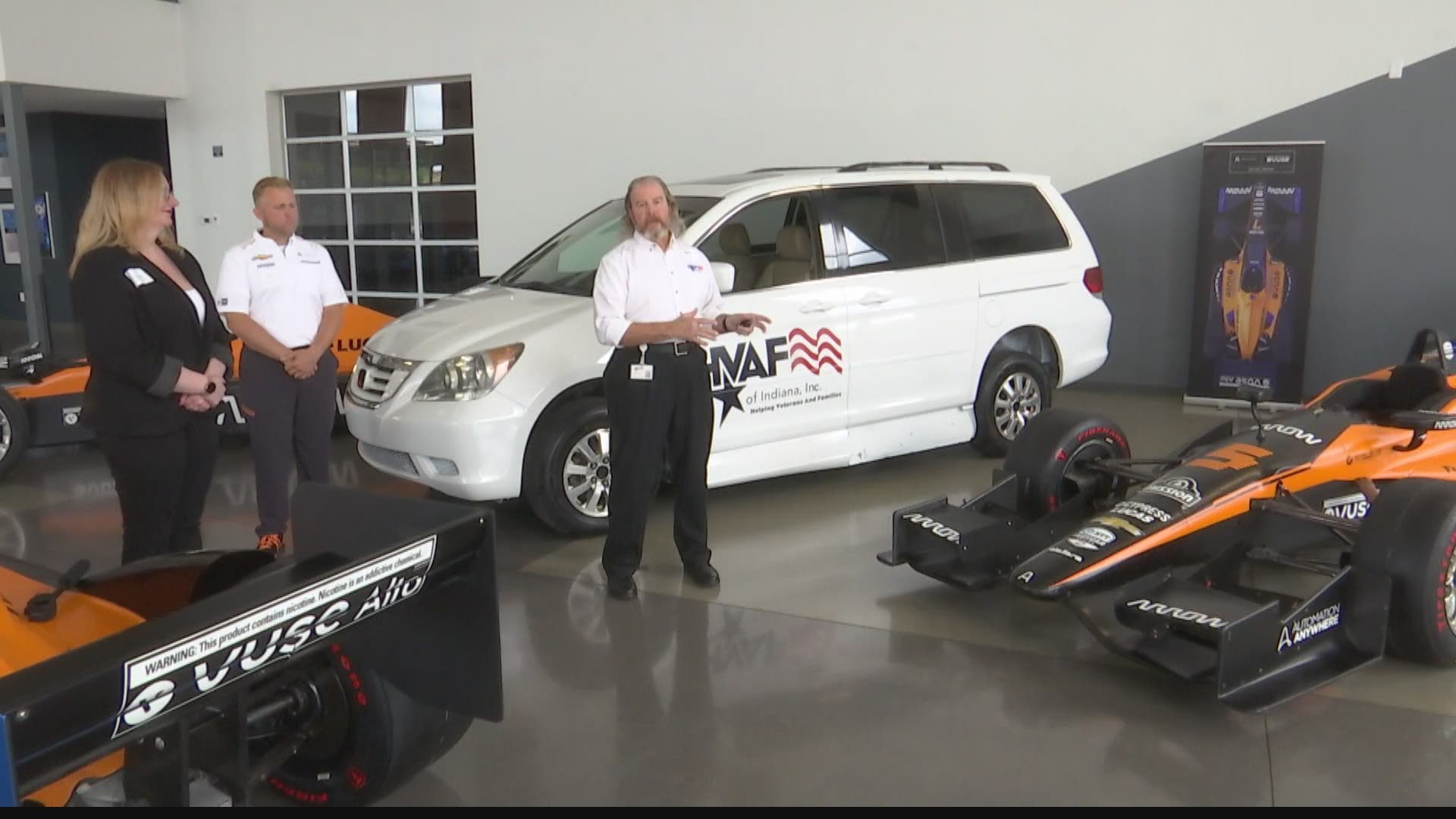 Race car teams are known for much more than speed.

“We solve problem as a race team and we don’t want to limit that to just the race track,” said Managing Director Arrow McLaren SP Taylor Kiel.

Lining up the showroom of Dallara Indycar Factory in Speedway are sleek speed machines.

“When we think about providing a vehicle to these organizations its not just giving someone a ride,” said Leader of Brand and Innovation Communication for Vues Vapor Natasha Webster.

Webster is U.S. Army Veteran and said when Vues Vapor and Arrow McLaren SP decided to donate a wheelchair accessible van to a local veteran organization it carried special meaning to her.

Kiel said it carries special meaning for Hoosiers who have not served as well.

HVAF has been serving homeless and at risk veterans for nearly three decades.

Prior to receiving the wheelchair accessible vehicle, HVAF has had to be creative when servicing local veterans with mobility issues.

“We have two 17 passenger vans, but if you’re familiar with those they have a couple significant steps and our drivers are able to help them with those but even those with a walker or can are going to be helped with this van,” said Copes.

The accessible van is going to help HVAF transport veterans to “medical appointments, our (HVAF) food pantry, other food pantries in the area, (and) job interviews,” said Copes.

Copes said the timing for the essential gift couldn’t have been better.

“With the pandemic honestly, demand went up and donation went down, it made it all the more remarkable that in the midst of what is going on that they were still focused on serving and seeking out agencies like ours that could benefit from this sort of generosity,” said Copes.

For Arrow McLaren SP and and their sponsor Vues Vapor gifting a wheelchair accessible van to HVAF was just one more way to say thank you to those who risked everything to protect us.