The governor made the announcement during his weekly coronavirus update. 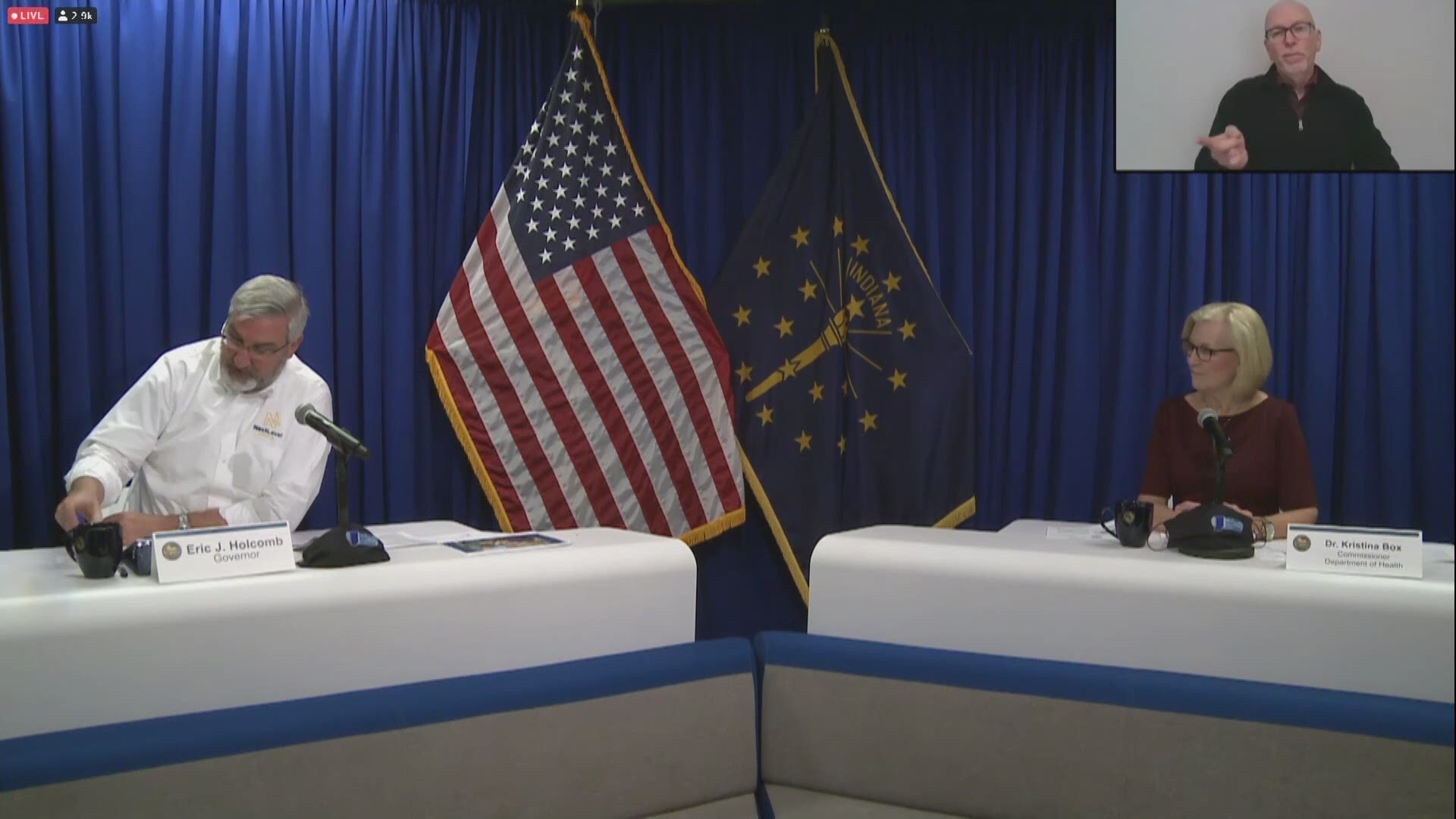 INDIANAPOLIS — In his weekly coronavirus update, Gov. Holcomb said he has authorized 625 members of the Indiana National Guard to travel to Washington D.C. from Jan. 16-22 to help with efforts for inauguration week.

"That won't in any way, remotely come close to sacrificing the integrity of our job back here," he said.

Hundreds of National Guard troops were moved inside the Capitol Visitor's Center early Wednesday morning to reinforce security at the complex, exactly one week after Trump's supporters stormed the Capitol.

Up to 15,000 Guard members are expected to be on duty in the coming days in Washington D.C. to support law enforcement in connection with the Jan. 20 inauguration of President-elect Joe Biden.

The District of Columbia National Guard says it has been authorized to arm troops assigned to security duty on the U.S. Capitol grounds. The Guard added in a statement that the authority was requested by federal authorities and approved by Army Secretary Ryan McCarthy as of approximately 6 p.m. Tuesday.

Credit: AP
Hundreds of National Guard troops hold inside the Capitol Visitor's Center to reinforce security at the Capitol in Washington, Wednesday, Jan. 13, 2021.

Authorities are concerned about threats of violence, following the insurrection at the Capitol last week.

The inauguration of President-elect Joe Biden, in one week, will be held on the same risers in the same spot at the U.S. Capitol mob descended last week. But the two events aren't even comparable from a security standpoint, said Michael Plati, U.S. Secret Service special agent in charge, who is leading the inauguration security.

The inauguration is designated as a “national special security event," which clears the way for communication, funding and preparation between multiple agencies in Washington, like the Capitol Police, Pentagon, Homeland Security and District-area police.

Credit: AP
Hundreds of National Guard troops hold inside the Capitol Visitor's Center to reinforce security at the Capitol in Washington, Wednesday, Jan. 13, 2021.

Other national special security event-like events are the State of the Union, the Super Bowl and the Democratic and Republican National Conventions.

Biden himself hasn't expressed concern about his own security at the inauguration.

“I’m not afraid of taking the oath outside,” he told reporters Monday. “It is critically important that there’ll be a real serious focus on holding those folks who engaged in sedition and threatening the lives, defacing public property, caused great damage -- that they be held accountable.”