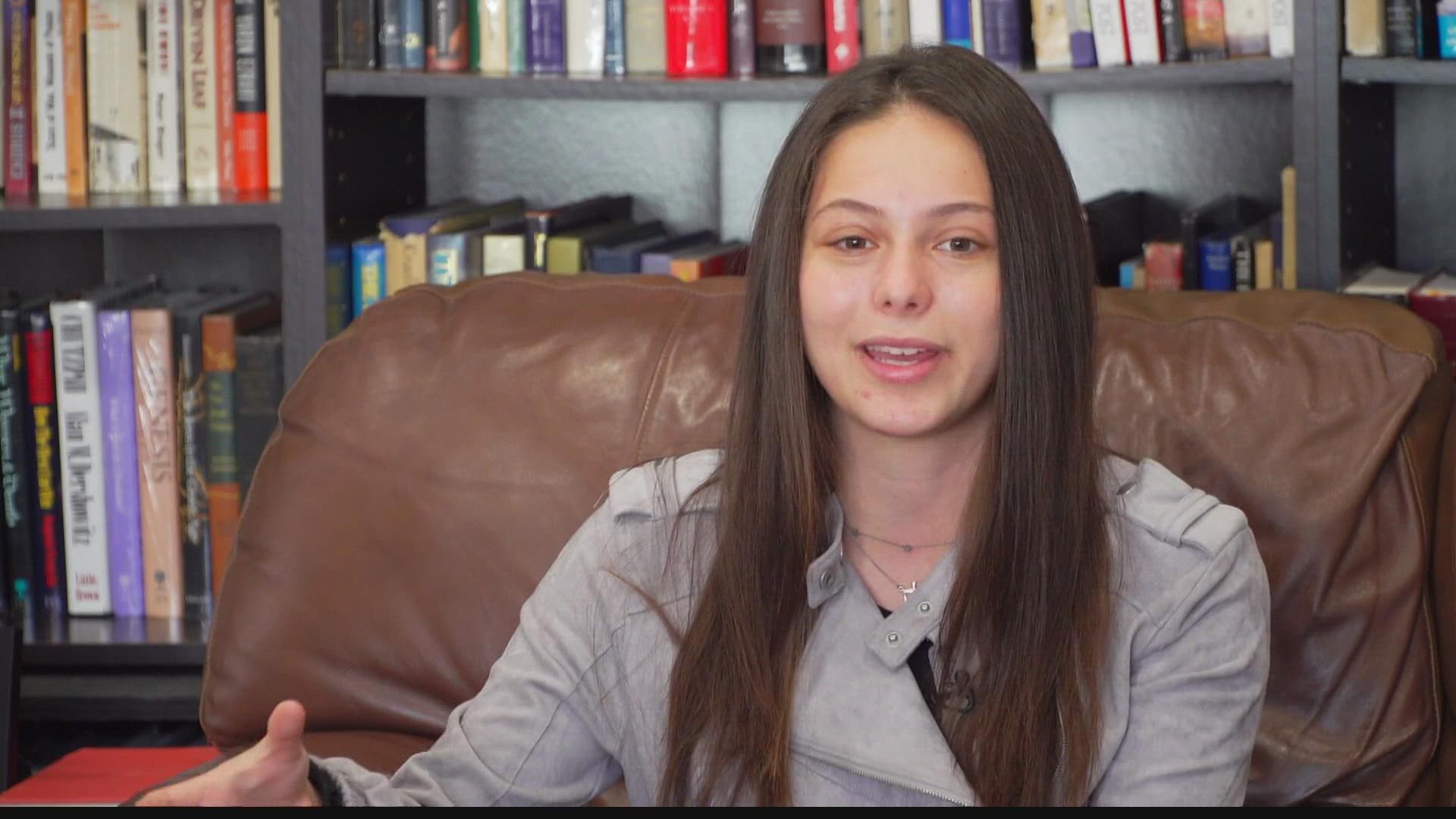 BLOOMINGTON, Ind. — Indiana University has formed a new task force to combat antisemitism, following what it calls an alarming rise in antisemitic acts on its Bloomington campus.

That includes religious symbols being ripped off students' doors in residence halls.

Freshman Kaylee Werner is one of about a dozen Hoosiers who joined the new task force at IU, after learning fellow Jewish students were being targeted for their faith.

"I was pretty blind to the antisemitism that was going on until I really joined this task force and heard from other students about issues that they've been facing around campus," Werner said. "This isn't who we are. It's not who we stand for!"

Starting in September, around Jewish High Holy Days, IU had at least a dozen reports of sacred religious symbols, mezuzahs, stolen from dormitory doors. The mezuzah is an enclosed prayer scroll put on a doorframe, that identifies a home as Jewish and indicates God's protection.

"It's sort of a thing that where you walk into a room with a mezuzah, you like touch it and kiss it. It's almost a sense of security and togetherness," Werner explained. "That's my Jewish neighbor. Like, we have each other's backs. They have a mezuzah. I have a mezuzah."

Credit: WTHR
The mezuzah is an enclosed prayer scroll put on a doorframe, that identifies a home as Jewish and indicates God's protection.

Rabbi Sue Silberberg, the executive director at IU Hillel, said in her 31 years working at the university, IU has always been known as welcoming, with very few incidents of hate.

But she's seen a recent rise in antisemitism across the country and at IU.

The Briscoe, McNutt and Forest quads were all hit in the past month or two. One student, Silberberg said, was verbally harassed, too, by girls on her floor. Some students had their mezuzah stolen multiple times.

"It was taken and she put it back up. It was ripped down at least another two times, and then, someone else on her floor had their mezuzah ripped down. Then, it spread to another residence hall and a third residence hall," Silberberg said.

"At first, it could have just been, 'Oh, look at this shiny thing on the door, I'm going to take that.' But the amount that have been taken? It seems like it's blatantly antisemitic actions," Werner said.

"It became obvious very quickly that it wasn't just vandalism, that it was much more than that, that it was targeted and directed specifically at the Jewish students," Silberberg added. "It's like somebody just taking what's so much a part of who you are and ripping it out. It is so important that we say we will not stand up for this."

A few weeks ago, IU Hillel formed a task force to combat antisemitism, with the support of the dean of students, the Bias Response Team and Residential Programs and Services.

There's new training for staff in all residence halls about Judaism, antisemitism and how to help combat hate. They've also started the Mezuzah Project, spreading mezuzahs all across campus.

Credit: WTHR
The Mezuzah Project is distributing information as well as a mezuzah case for non-Jewish students to display in support of their Jewish classmates.

"Someone said for every one mezuzah taken down, we want to put up 50 in its place. And that kind of stuck with me," Werner said.

It's support that's especially meaningful for Werner, who's seen the rise in antisemitism firsthand in college and at home. Her hometown synagogue in Pittsburgh was the Tree of Life, the site of a deadly white supremacist attack in 2018.

"To have the biggest mass shooting against Jews in the history of the United States, to have what happened in my community is kind of a lot to think about," she said. "It's all the more reason why I was, like, 'I need to do something here.'"

So now in Bloomington, she's determined to stop hate, so Hoosiers of all faiths feel welcomed.

"The idea is to see [the mezuzahs] spread all over, to show IU can make a big statement, that we stand with each other, no matter what," Werner said.