On Friday, May 22, the eight HandleBar party bikes will be back on the roads, after cutting their capacity from 16 to 8 people, with customers occupying every other seat. 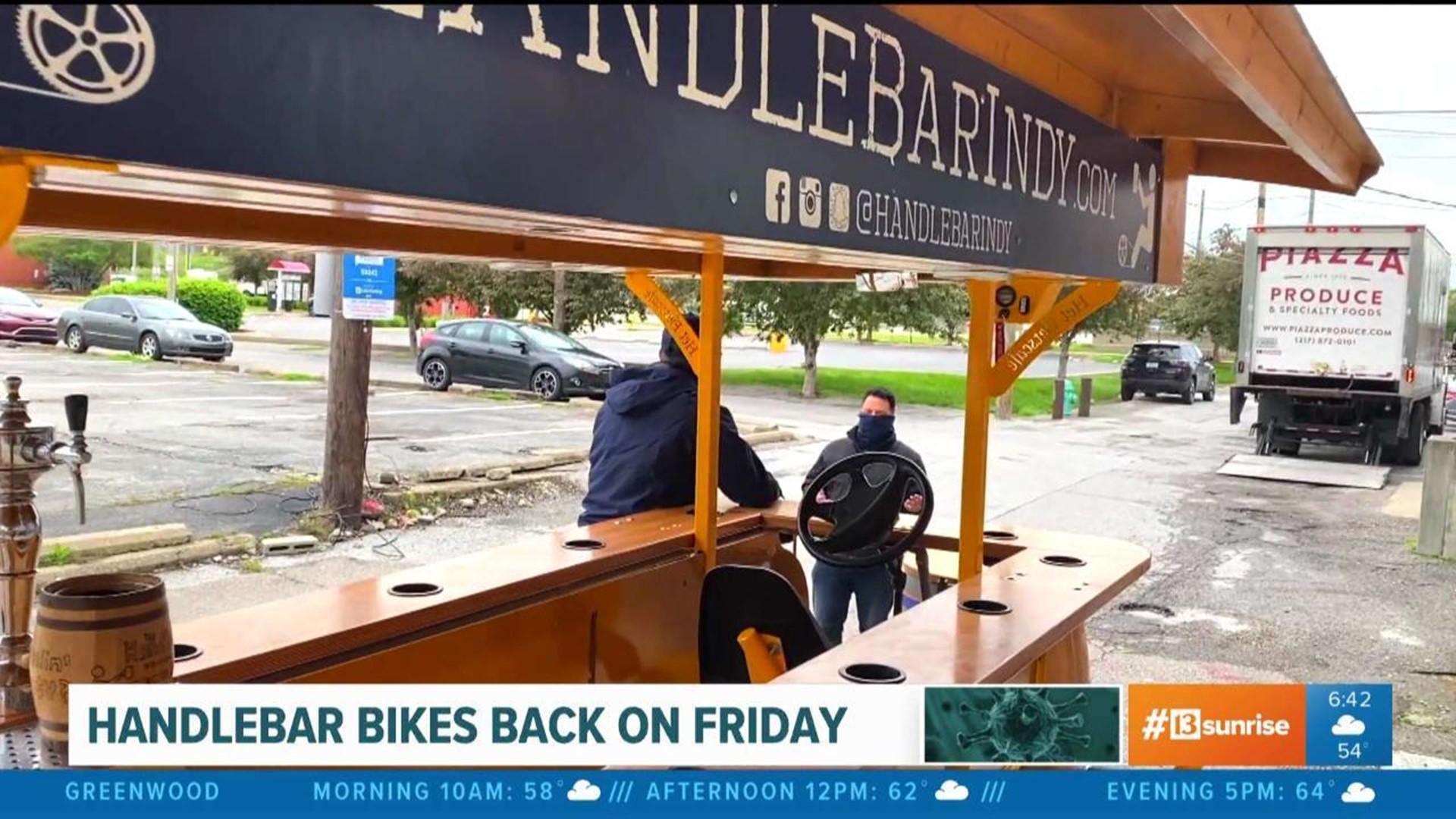 INDIANAPOLIS (WTHR) — The HandleBar has been a locally-run, people-powered mobile BYOB touring bike since 2012. But March 13 was the last time any HandleBar tour was spotted pedaling around the streets of downtown Indy.

On Friday, May 22, the eight HandleBar party bikes will be back on the roads, after cutting their capacity from 16 to 8 people, with customers occupying every other seat.

The HandleBar has worked with local leaders in Indianapolis to return to the streets, including Downtown Indy Inc., Visit Indy and IMPD.

“We really wanted to approach this from a community angle, even get advice in some ways, from those folks to make sure that it's safe for us to do this," said Joel Hubert, general manager of The HandleBar. "The overwhelming response has been positive from those groups. They feel like because we're an outdoor activity, because we're taking some serious sanitation and disinfectant measures, because we're focused on 50 percent capacity on the bikes, and we don't furnish any alcohol, we are not a bar. We are a vehicle for hire.”

What has the online response been from potential customers since the HandleBar announced it's back in business?

“We’ve had a lot of bookings come in since we announced that we were reopening this weekend,” Hubert said.

Hubert adds that his drivers will have no hesitation to end a HandleBar party if the driver feels the riders are not practicing proper social distancing.

“We have actually, in the past, had to shut down groups or remove people from tours,” Hubert said. “It's not something that we enjoy doing, it's not something that happens that often, but drivers are equipped with that. Customers know from the start that the driver of the HandleBar is in charge. If they step out of line, even if they're disrespectful to people on the side of the road, we step in and mitigate that as quickly as possible. If it means shutting down the bike, turning the music off and addressing it immediately, that's what we do. So in this instance, we obviously have to raise those standards, even higher than what we had in the past, and we're prepared to do that if we need to.”

Click here to book a HandleBar for your group.