Franklin salvage preserves the future by using items of the past

An architectural salvage business in Franklin is preserving the city's history by using building materials that may have otherwise ended up in a landfill. 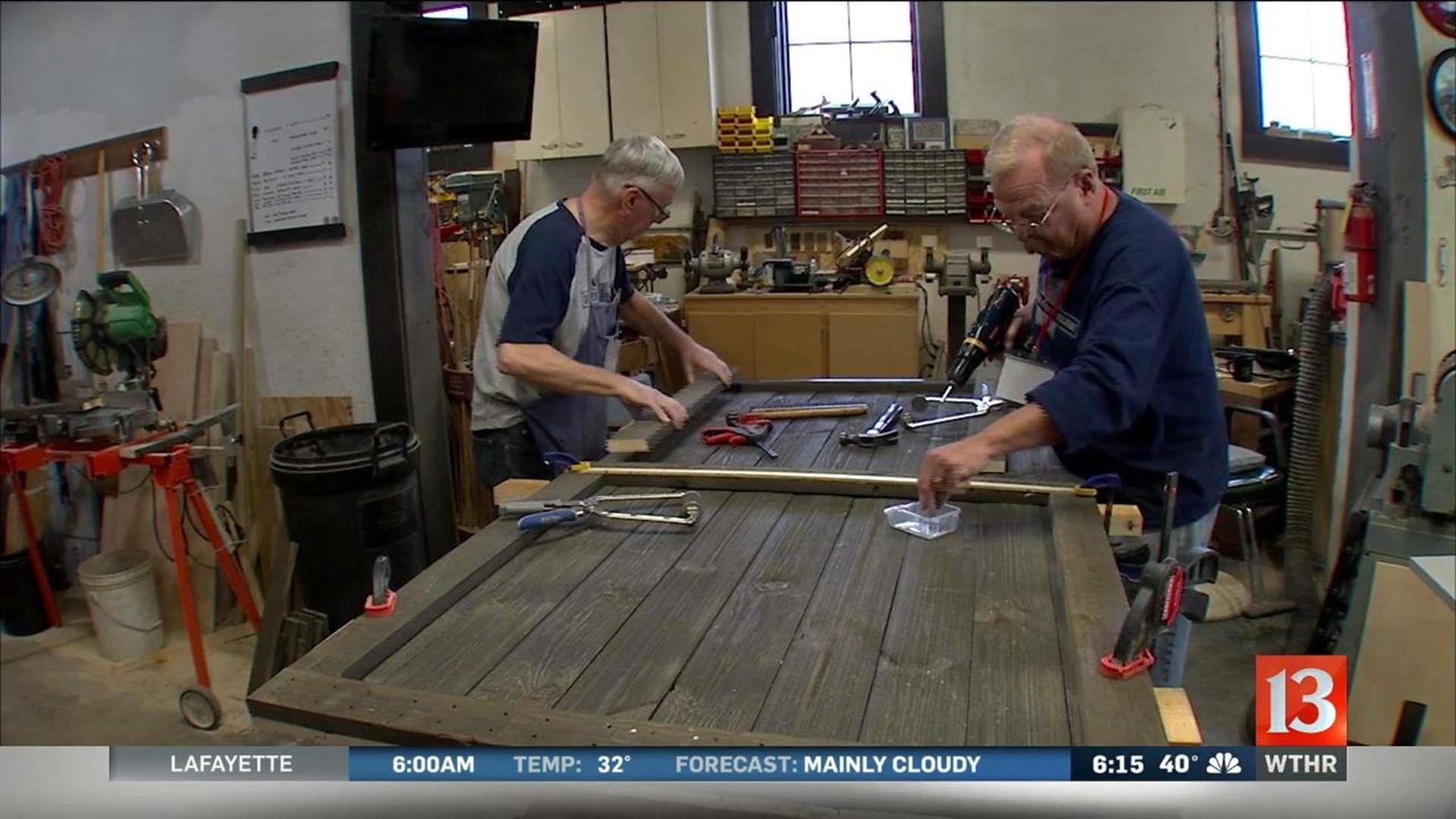 INDIANAPOLIS (WTHR) — Many people like to be surrounded by new things , and sometimes, they like it even better when those "new" things are actually old. That's borne out by the number of architectural salvage places springing up in central Indiana.

They take old materials like doors, windows, lighting fixtures, sinks — you name it — and resell them to be used again. It's become a profitable business for many, and the subject of seemingly every show on HGTV. But, there is an architectural salvage business in Franklin that is taking a different approach. It's a non-profit and dedicates all of the money it makes to preservation projects in and around town.

Madison Street Salvage is run by one paid employee and about 20 volunteers like retired mechanical engineer Dennis Norman.

He likes working with wood, and spends at least 30 hours a week repairing furniture and preparing old building materials for their next use. He says it gets him up and moving in the morning and keeps his mind active. "I like to try to keep thinking," he says."I like to keep active. It's just really enjoyable, you know."

Enjoyable for him and profitable for Madison Street Salvage, which has made several hundred thousand dollars in the past few years. It has also helped preserve Franklin's history by reusing building materials that might otherwise have ended up in a landfill. Danny Causy is Madison Street's lone-paid employee: "I don't have an exact number, but I would say hundreds of tons, if not thousands of tons of material has been saved."

The idea was born out of a tragedy — a massive 100-year flood in June of 2008. It wiped out a large swath of Franklin, and when the waters receded, the government condemned dozens of homes. Volunteers went in and scavenged what they could before the bulldozers knocked them all down and put the items in a borrowed warehouse. They sold pieces to people by appointment only and realized that they needed to do more to use what they had from the past to make a better future.

The parent organization Franklin Heritage bought an abandoned bakery building in a Franklin neighborhood and renovated it, adding new windows and bringing the electricity and plumbing up to code. Madison Street Salvage was born. It's now open Thursday through Sunday and the group actively looks for new material to bring in, casting a net beyond Franklin and Johnson County. It's also bringing in customers from across the state. "It's just more authentic than anything you could buy new," Manager Danny Causy said. "To get the same quality new, you may have to pay ten times more than what we can sell it for here."

The main beneficiary of the money made on Madison Street is a 1922 vaudeville-era theatre that sits just a few blocks away in the heart of downtown Franklin called the Artcraft .

A few years ago, it's roof was caving in, and it was on the verge of being condemned. Franklin Heritage stepped in and saved it, spending about $2 million on renovations so far. It will need to spend at least that much going forward, but the Artcraft is already reclaiming its role as a gathering place in Franklin. Everything about it is old school from the art-deco design to the twin 1950's-era 35-millimeter projectors, which play both old and new classic films.

Before every show, they run a film showing the national anthem and often mix in an old Looney Tunes cartoon or a newsreel from long ago. Ron Shilts runs Franklin Heritage and is the driving force behind the Artcraft: "For our downtown, this was an anchor store, like in a shopping mall,"he said. This is what brings all of that foot traffic to your restaurants, your bars, your shops, and without that in a downtown, what brings you there?"

He and his group are committed to the Artcraft, which is a work in progress and a labor of love to those renovating it. "This theatre was falling into disrepair and as a preservation group -- the only preservation group in Franklin and Johnson County -- if we turned our back on this iconic theater, we might as well pack our bags and go home and not call ourselves preservationist," he said.

That brings us back to where we started with Dennis Norman who works a nearly full-time schedule at the wood shop to help the theatre in his hometown stay open.

"That's number one in my mind," he said. "I have been associated with the Artcraft since 2008. I started working on repairing the stage floor and doing odd jobs around the theatre in my evening time before I retired. It's a real landmark, and I actually remember my parents taking me there as a child, so it's kind of near and dear to me."

The Theatre runs dozens of movies a year and holds special events. It hosts school groups, senior citizens, and fund-raisers for community organizations.

Franklin Heritage keeps prices low at the Artcraft to get more people in the door ($3 tickets for kids, $4 for seniors, and $5 for adults), something it can do because of the old doors, and other things it sells at Madison Street Salvage. It is using items from the city's past to help preserve its future — something in which anyone can get involved by shopping the store or donating any kind of old architectural items like doors, windows, and lighting fixtures that you might otherwise throw away. Donations are tax-deductible. Feeling good about yourself for helping to preserve an important part of Franklin's heritage is free.