Filmmaker, friend of Eva Kor remembers and reflects on her lifelong impact

While Indiana and the world are mourning the loss of Holocaust survivor, Eva Kor, who is known for her messages of forgiveness -- even for the Nazis who killed her family, Mika Brown is mourning her friend. 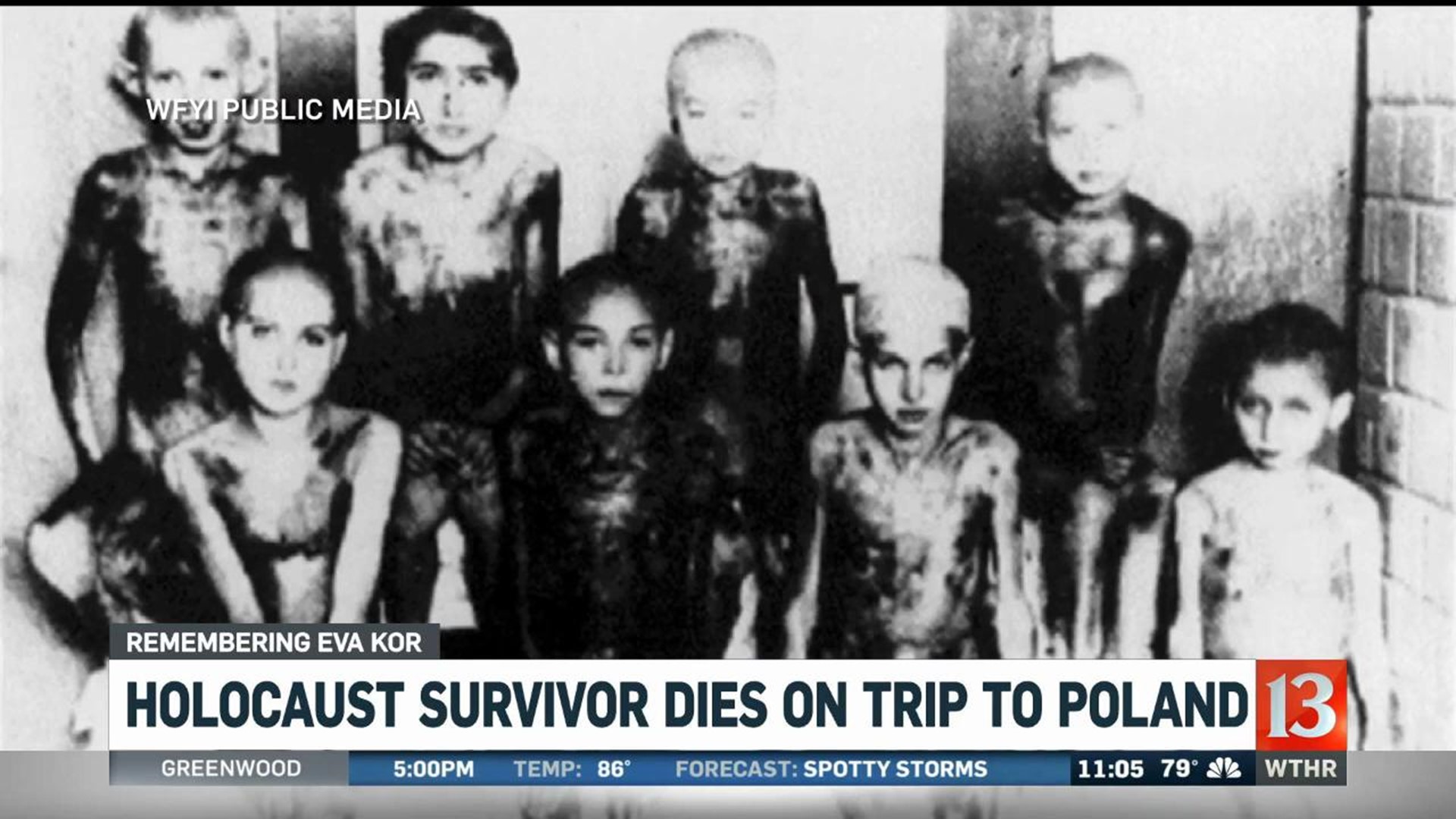 INDIANAPOLIS (WTHR) – While Indiana and the world are mourning the loss of Holocaust survivor, Eva Kor, who is known for her messages of forgiveness -- even for the Nazis who killed her family, Mika Brown is mourning her friend.

"Eva, she was always there. I could call her. I can still hear her little voice telling me exactly how it is and exactly how it should be and more importantly, telling me I'm going to be OK," said Mika, choking up.

The tears Mika sheds are for a woman she says changed her life when they met nine years ago.

At the time, Mika was a news photographer in Terre Haute where Eva lived.

"I was asked to travel to Poland and film Eva on a spot mini-series for sweeps," she explained.

Following Eva back to Auschwitz, the place where she lost her entire family, except for her twin sister, Miriam, changed Mika's outlook on life.

"She put things into perspective for me," said Mika. "You know everyone's going through something, but it's how you deal with it that really matters. I wanted so desperately to help others learn about her and her message."

"We traveled thousands of miles with Eva. We went to five different countries," Mika said.

The documentary, 'Eva A-7063' premiered at Clowes Hall in Indianapolis last April.

"She trusted us and I'm just so thankful that she did. I hope we did her story justice in some way," she added.

Over the course of their unwavering friendship, Mika went back to Auschwitz with Eva a total of six times.

"That's where she was most alive, where she found peace and joy," explained Mika. "I think she felt close to her family there in a way."

Eva passed away on July 4, the same day America came to be. It brings a smile to Mika's face.

"I think she would almost smile about that in a way because she was so proud to be an American. So proud to be from Indiana," Mika said.

Mika talked with Eva last week, right before the 85-year-old left on what would turn out to be her final trip to Poland.

"She ended every conversation with, "I love you.""

Even though Mika is grieving, that won't stop her from sharing that same message of love and forgiveness with others in Eva's memory.

"She taught me so much about what really matters in the world."