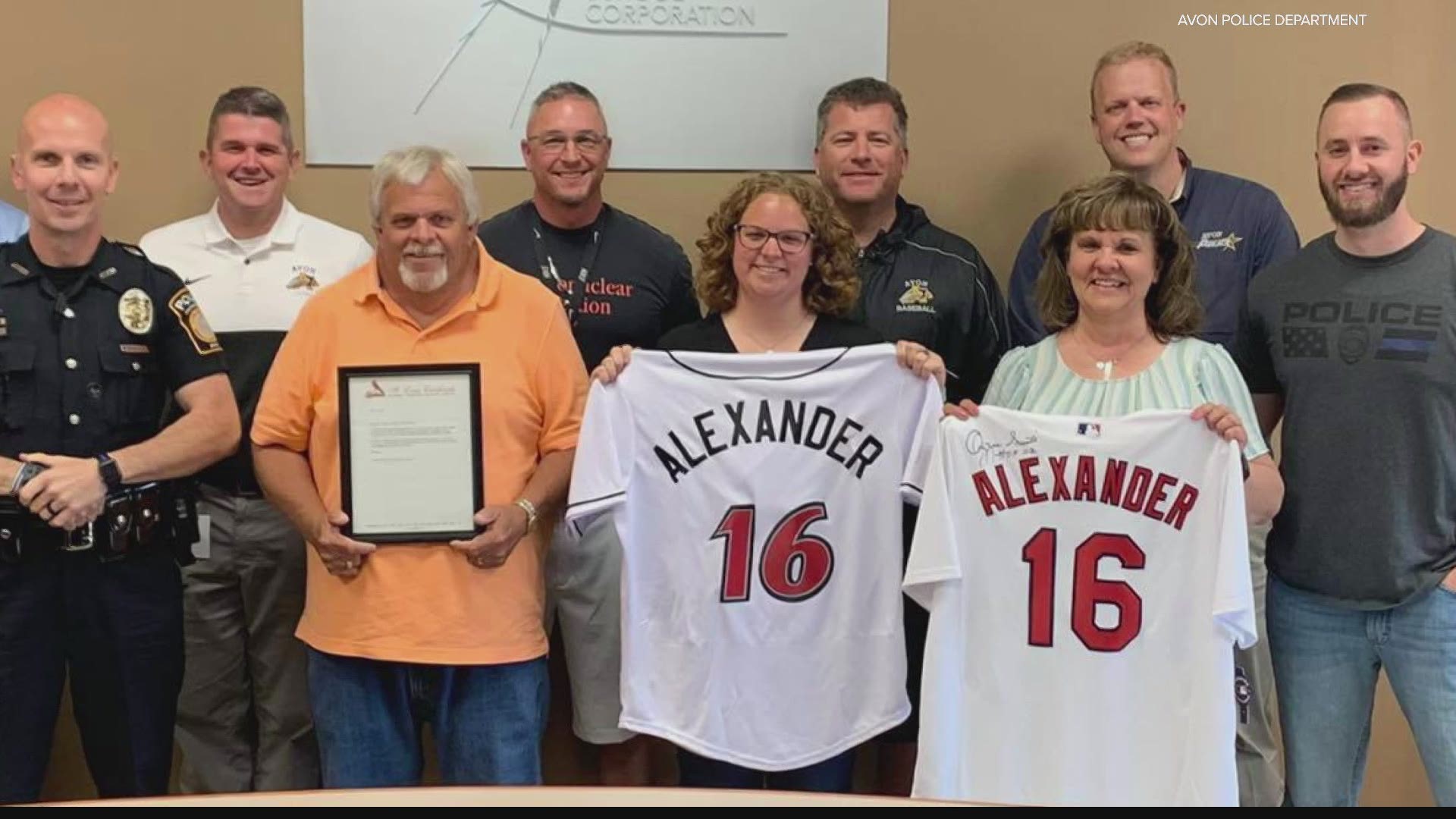 AVON, Ind. — Two months after the mass shooting at an Indianapolis FedEx facility killed eight people, people in the community are still stepping up to pay respects to victims and their families.

One of those victims was Matthew Alexander. He was a former baseball player at Avon High School whose loved ones described him as reliable and kind. He loved baseball, he was a die-hard fan of the St. Louis Cardinals.

The Avon Police Department learned of his fandom and found a way to pay respects and support Alexander's family. The department connected with a social media follower, who was able to get them in touch with the Cardinals organization. The team not only made a customized jersey in memory of Alexander, but also shipped it to his favorite player to sign — Hall of Famer Ozzie Smith.

The department also got a customized jersey from the Indianapolis Indians. Representatives from Avon PD, Avon Community Schools, Avon Schools Police Department and the Danville Metropolitan Police Department gathered for a private ceremony to present the jerseys to Alexander's family.

Back in April, our agency wanted to find a way to support the Alexander family, whose son Matt lost his life in the Fed...

The Michaels store in Avon also agreed to donate all supplies needed to get the jerseys professionally framed.

"We truly believe that community policing transcends conventional policing and we could not be more proud to support such an incredible young man and his family," the department wrote in a Facebook post Saturday.

The department said it had been looking for a way to support the Alexander family since April.