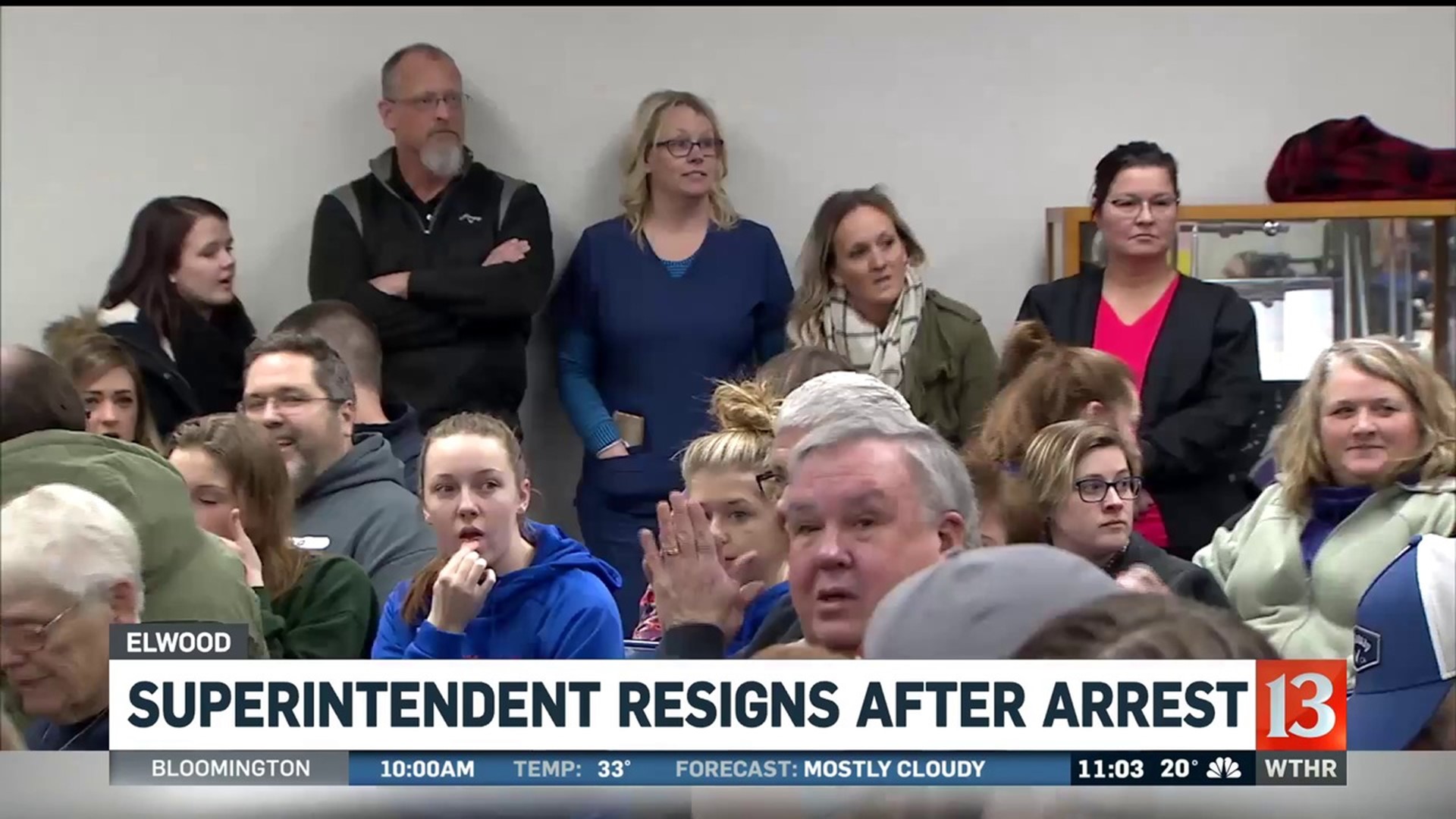 The announcement was made at a Friday school board meeting that Casey Smitherman had stepped down.

The meeting was brief. Since Smitherman had tendered her resignation, an anticipated vote on her future became unnecessary.

Assistant Superintendent Joe Brown will fill Smitherman's role on an interim basis, according to the school board.

There was no public input at Friday's meeting.

The school board couldn't vote on Smitherman's future Monday night because of a technicality in the public meeting notice law.

At Tuesday night's meeting, many residents made it clear where they stand. A local business owner said "seeing our superintendent charged with three felonies..."

The issue is deep and emotional. Smitherman is charged with insurance and identity fraud. This month, she took a 15-year-old male student to a private clinic for treatment of possible strep throat. At the clinic, she allegedly claimed in insurance paperwork the student was her son.

Her supporters say she tried to help a student with little support from home. But the school nurse Stacy Buck told the board Tuesday night, "You must feel embarrassed, helpless, betrayed. Or at least I hope so. But you know what? Suck it up."

Barb Abernathy, an ex-teacher, asked the board "Would you have been as forgiving if this situation had been a male superintendent?"

The school nurse said the district's state of the art telemedicine system is equipped to handle the 15-year-old's medical needs. She asked what was the superintendent thinking.

"What other past illegal decisions has she made?" Buck asked.

For the first time, the 15-year-old student's cousin, Audra Rich, told the board, "This did not need to happen. There are no heroes here saving a dying child."

She said this has made the teen feel above the school's control now.

"He thinks he can do whatever he wants now. That he is going to get away with anything and she is going to back him up and make sure he does not get into any trouble."

The next step, the school board has scheduled an open door meeting where the issue could come up for a vote on Friday.

Late Tuesday night, Eyewitness News tried, but could not reach the superintendent for comment.

At the time of Smitherman's arrest, the school board issued the following statement:

Dr. Smitherman has tirelessly worked for the best interests of all students in Elwood Community Schools since she was hired.

She made an unfortunate mistake, but we understand that it was out of concern for this child’s welfare.

We know she understands what she did was wrong, but she continues to have our support.

It is our understanding that the prosecutor has agreed to a diversion program and that will be finalized this afternoon.