Jeannine Lee Lake says her current race against Greg Pence is "totally different" than the first. 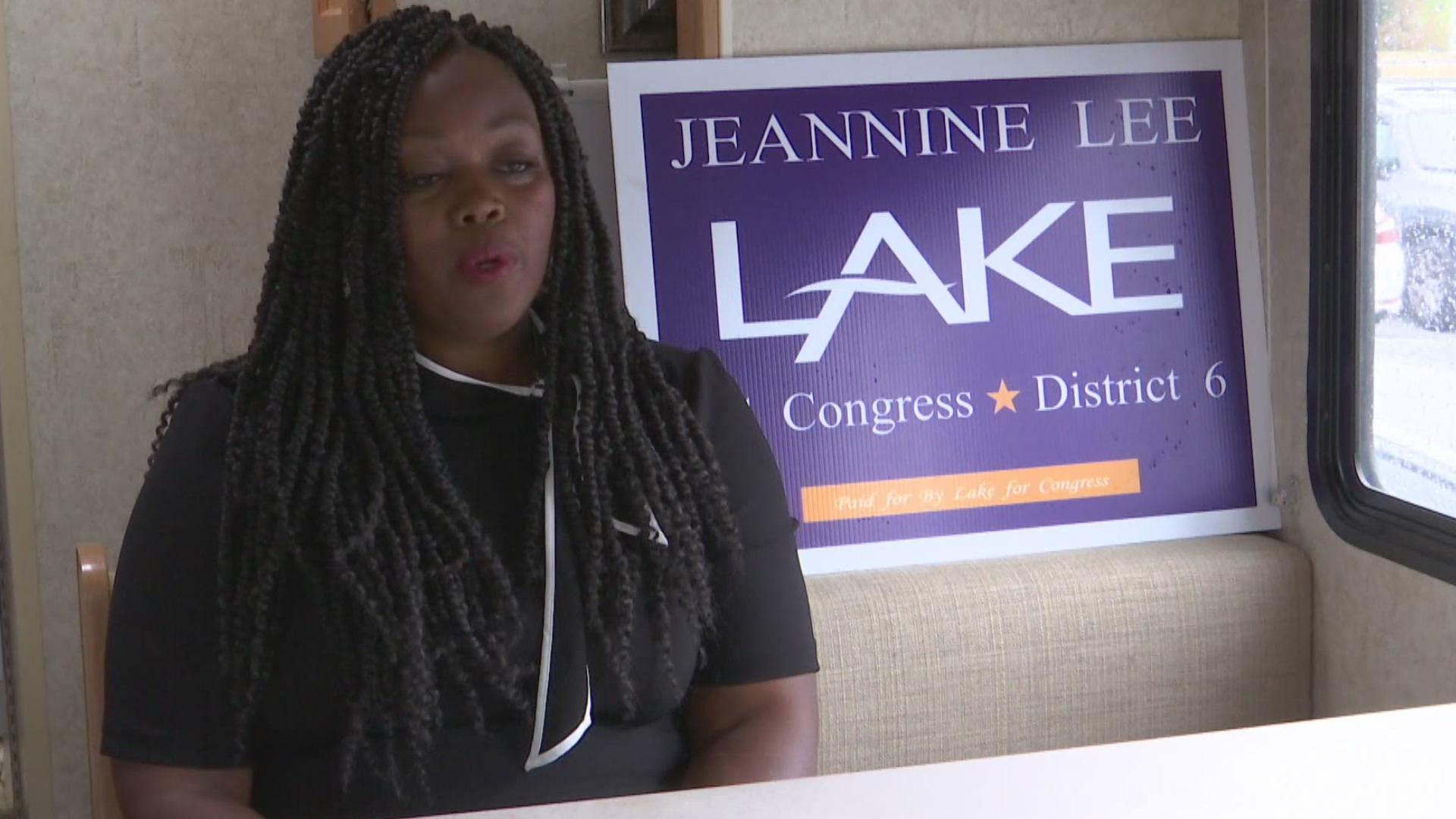 MUNCIE, Ind. — Small fragments of broken glass cling to the frame of a back-passenger side window on Jeannine Lee Lake’s campaign RV.

Lake told 13News she believes the damage was related to the stream of approximately 30 alleged threats she’s received since August.

Sitting at the dining table of her RV, Lakes played audio of a voicemail she said she received.

“I’m white and you’re nothing but a loudmouth frickin' n****,” a man could be heard saying over the speaker of her cell phone.

“This is one of the several of them we’ve had,” said Lake.

2020 isn’t Lake’s first campaign run for Indiana's 6th Congressional District seat in the U.S. House of Representatives against Congressman Greg Pence. But she said this year’s race is very different.

“In 2018, there was no incidents of overt racism towards me. This time has been totally different,” said Lake.

She said the alleged threats started coming in this summer after posts on various Delaware County GOP social media pages “published my personal information on their Facebook page, on their social media platforms and on their website,” said Lake.

13News reached out to the Delaware County GOP for a response and hasn't heard back yet.

Lake said the first communication she received that she considered to be a threat was a 22-page document, which she alleges contained personal information. A copy of the document was not available for 13News to review as Lake said she had handed it over to law enforcement. She provided a page that she said was part of the document.

13News reached out to law enforcement to confirm the details of her allegation. The Delaware County Sheriff's Office said they could confirm that they had received a 20-page document from Ms. Lake, but that they could not discuss its content. When asked if they could verify that the page Ms. Lake shared with 13News was, in fact, from the document investigated by the sheriff’s office, law enforcement said they are not able to discuss the content of what they received.

But the prosecutor relies on law enforcement to submit investigations. Prosecutor Eric Hoffman said, to his “knowledge, only one investigation has been forwarded to my office for review.”

Hoffman then referenced an “envelope contained photocopies of various election statutes and regulations that the unknown person or persons had mailed to Mrs. Lake” that contained “no explicit or implicit threats.”

Hoffman said, “given these facts, under Indiana law, no crime has been committed."

Lake said she understands the prosecutor “has to follow the law. So, I guess until someone shoot me, or beats me up, or breaks into my RV or home, they can’t do anything.”

Lake said she also reached out to the FBI. The FBI’s Indianapolis Field Office said it “declines to comment, keeping with our standard practice to not confirm or deny an investigation.”

“I’ve even sought out getting a gun permit for myself. And I do have security now. And I have 12 brothers, so they’ll be coming around a bit more now too,” said Lake.

13News did not see any security onsite during the interview.

Lake said she also no longer feels safe at home while campaigning.

“Until the end of the campaign on November the 3rd, I will not be staying at my home. I’ll be staying elsewhere because, quite frankly I am, I am concerned,” said Lake.

Although concerned, Lake said she’s not giving up on her democratic right to run for office like any citizen.

Sandra Chapman contributed to this report.