Book lost years ago brings strangers together across the miles

The book, which had a treasured bookmark insdie, was left on a plane four years ago. The owner was sure she'd never see it again. 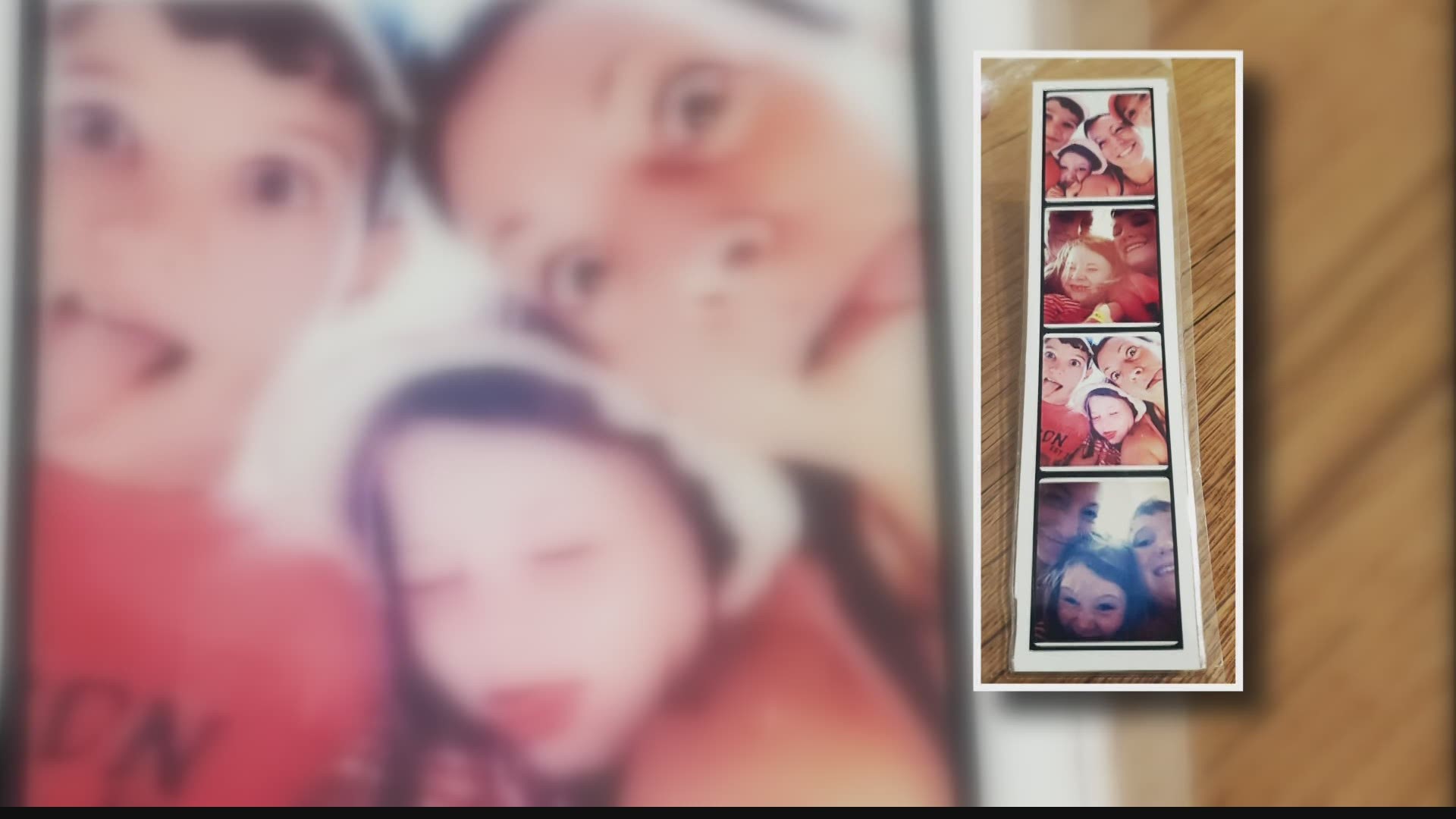 INDIANAPOLIS — Fate — or maybe something bigger — connected total strangers recently. It all happened because of a book.

To be more precise, it happened because of what was tucked between the pages of a book.

Pat Caporali lives Indianapolis. Emily Wray lives in Boston. They met for the first time during a Zoom call Wednesday.

"Nice to meet you," the women said to each other, smiling and waving.

The introductions culminate a story that began in 2016, when Caporali lost her copy of "Let’s Pretend This Never Happened: A Mostly True Memoir" by Jenny Lawson. She accidentally left it on a plane during a trip to Phoenix.

"I remember getting to the hotel and opening my bag up, and the book wasn’t there. I was so disappointed in losing the book," Caporali said.

More disappointing was losing the treasured bookmark she was using. Made up of photos of Caporali with her niece and nephew, it had become a keepsake.

She never expected to see the bookmark again, but a Facebook message from a stranger Wednesday morning proved her wrong.

I received a very random message via Facebook today.

"It started with, 'I think I found a book of yours,'" Caporali read from the message.

"Then, I saw the photo strip, and I was like, 'I know exactly what that is,'" Caporali added, saying she gasped when she saw her bookmark.

The message was from Wray, a Delta Air Lines flight attendant, who two years ago, had picked up the book at a hotel in Amsterdam.

"There's a shelf that has a ton of books that people have read, and you leave one, you take one. It's just a book exchange," Wray said.

Wray, a mother of two, took home the book but only got through a few pages before putting it down, forgetting about it until her 4-year-old daughter, Isabella, picked it up this week.

"When she saw the mouse on the cover, she instantly thought of the Mouse King and was running around with it because of that," Wray said, referencing a character in "The Nutcracker." Emily had just introduced Isabella to the Christmas story this week.

"I just remember saying if I ever had a daughter, that would be our Christmas tradition," said Emily.

Mother and daughter were supposed to see the ballet this year but instead, watched it on television because of coronavirus restrictions. As it turns out, "The Nutcracker" is a favorite of Caporali's, too.

"My mom first took me to 'The Nutcracker' when I was 5, and it became a Christmas tradition," she said.

As Isabella was running with the book, papers started falling out.

"I saw the pictures, and my heart was just like, 'Oh someone probably really wants this,'" Wray said.

Wray figured that someone might be the person listed on the boarding pass also found inside the pages.

She found Caporali on social media.

"I teared up right away. It was special," Caporali said of receiving Wray's message.

"It doesn't take much to have that human connection with somebody that can, really, it can change someone's day," Wray said.

And pretending it never happened isn't in the plan for Caporali and Wray.

And it happened during Christmastime 2020, when connecting with a stranger might be the last thing anyone is thinking about. Emily and Pat believe their connection was meant to be.

"That’s the universe sending some kind of message, loud and clear," Caporali said.

"We're all more connected than we think we are," Wray said.