Indy is joining other cities across the country with the help of 18 local artists to paint a mural on Indiana Avenue. 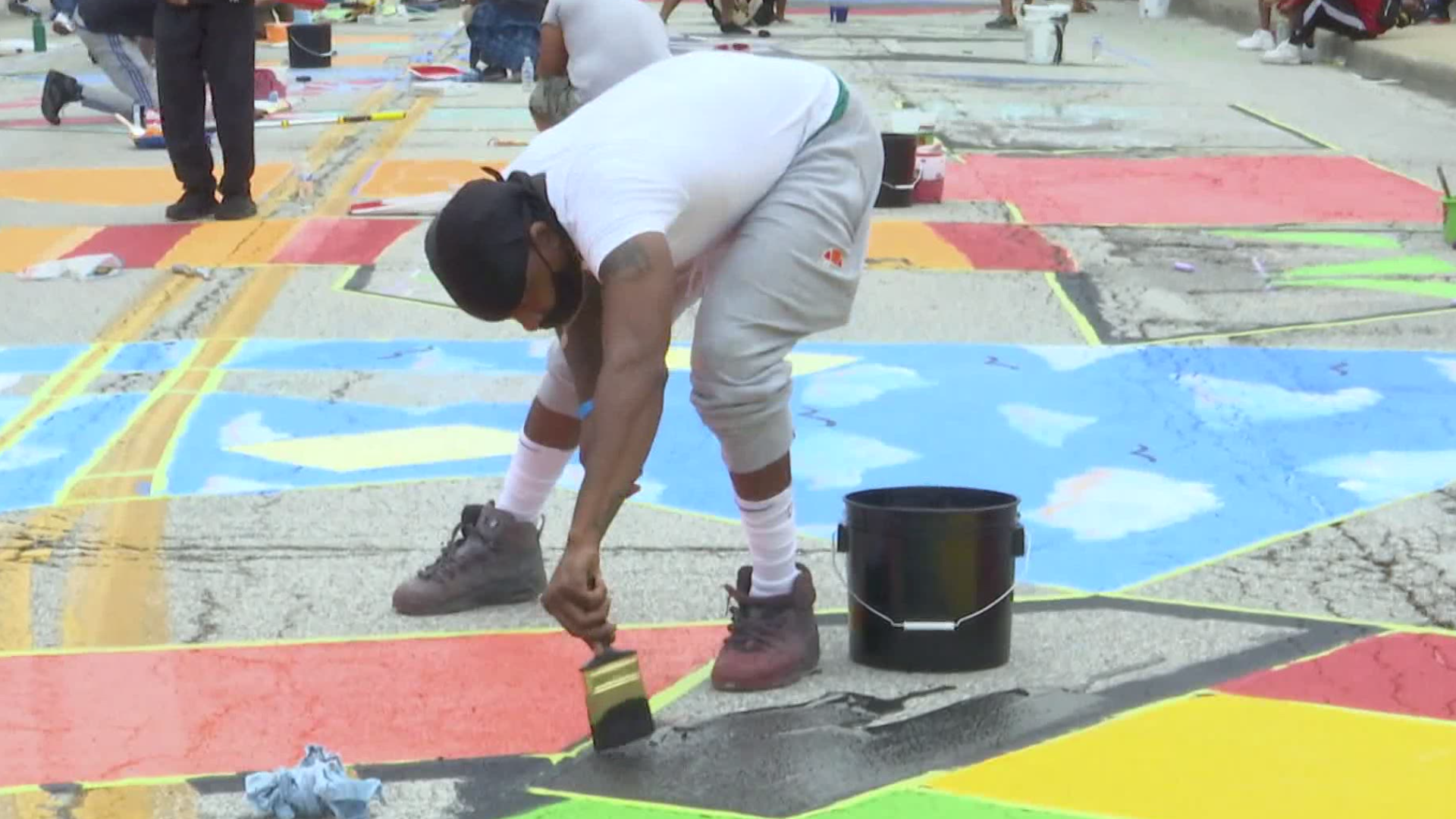 It’s a project organizers said has been five or six months in the making, but now Indy is joining other cities across the country with the help of 18 local artists.

Mali Jeffers is the community organizer for the Black Lives Matter street mural and said the project aims to "continue the conversation to end systemic racism globally, so we’re joining the movement that's happening everywhere."

Amiah Mins is one of artists contributing her work for the mural.

"'Black Lives Matter' isn’t taking away from "All Lives Matter.' It’s included within it, and it's just that right now doesn't feel included with it is why it's being pulled out," Mins said. "There is all kinds of examples like if Susie's house is burning down, everyone goes to help that house, not all the other houses on that street."

Activists said it's important to say "Black Lives Matter" if one truly believes in equality.

"This isn’t going to get justice for all the people who have murdered in the streets," Mins said. "But it brings people together and it lets you know that they care."

Because to some, Black, Brown, and indigenous people are still less than human as was once part of our Constitution.

"We were three-fifths of a person to begin with - that's where we started. So the fact we have to say Black Lives Matter - it is ingrained into the fabric of this nation and the fact that this is still a conversation, that in itself is a problem."

Pastor Mark Powell, who came to Indiana Avenue Saturday to send the “All Lives Matter” message, said the fact that President Barack Obama got re-elected as a Black man proves that America is not a racist country. But Powell does believe there are racist factions in the country, like the KKK.

“We’re going to ask for the mural “God says ‘All Lives Matter’ to be painted across the St. Clair bridge,” Powell announced to a gathering near the mural.

Powell has been advocating for the family of Jessica Doty-Whitaker, who was shot and killed July 5 near the bridge after an alleged exchange on the Downtown Canal when she responded to a “Black Lives Matter” comment with her own “All Lives Matter.”

Powell, who plans to ask the City-County Council for approval to paint his message on the bridge, said he’s against the organization “Black Lives Matter.”

But mural organizers say their project was not funded by the national BLM organization.

“Indianapolis Urban League paid for the supplies and the paint,” Jeffers explained. “And Tamika Catchings (Indiana Fever) sponsored the fee for every artist.”

Organizers, some of whom have experience in arts administration, said they reached out to artists they knew and put a call out on social media.

“We have some new artists we didn’t know about and some that have been working for years,” Jeffers said.

Armed security was present near the mural, and some artists said that made them feel more comfortable as they worked.

“We’re protecting the space,” she said. “Yesterday, when we were out here doing the outline for the letters, we had a bit of trouble. There was someone who came and yelled and stood for 40 minutes to distract and demean, but we’re continuing in a spirit of a joy.”

Saturday’s rain put a pause on painting the mural. But artists and organizers say they plan to keep the conversation regarding equality going regardless of the climate.